Anthony Joshua’s net worth revealed ahead of Joseph Parker fight

Anthony Joshua’s net worth is certainly impressive, but could the he truly become boxing’s first billionaire?

That’s been his goal since at least last year, something he hasn’t been shy about aiming for. Indeed, sports events promoter Barry Hearn truly believes that Joshua will become the world’s first billionaire boxer, a very lofty but perhaps not unobtainable goal.

Anthony Joshua will take on Joseph Parker in a high-stakes boxing match on March 31st, 2018

First, he must face Joseph Parker in an upcoming match on Saturday 31st March 2018. Both boxers are currently undefeated and gunning to be the world’s first undisputed heavyweight boxing champion since 2000 by putting all of their belts on the line in a high-stakes winner-take-all match.

Who is Anthony Joshua?

Anthony Joshua is a professional boxer who currently holds the IBO, WBA and IBF titles. He also held the Commonwealth and British heavyweight boxing titles from 2014 to 2016.

Although he enjoyed playing many sports in his youth, Joshua only took up boxing at age 18 in 2007. He soon established himself as one of the top amateur boxers in the UK, winning the senior ABA Championships in 2010 and also winning a silver medal at the 2011 World Amateur Boxing Championships. He later competed in the 2012 Summer Olympics in London, winning the gold medal in the men’s super-heavyweight class. 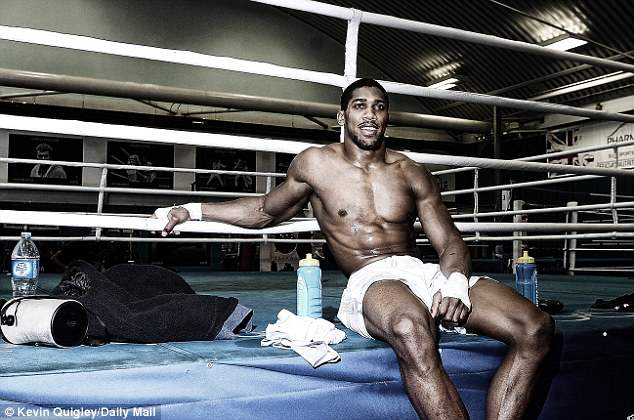 Although he enjoyed playing sports in his youth, Anthony Joshua only took up boxing at age 18

After accumulating an impressive 40-3 amateur record, Joshua opted to turn professional in July 2013. He made his professional debut on October 5, 2013, defeating Emanuele Leo of Italy by knockout. He soon made a name for himself as one of the most fearsome boxers in the world, knocking out opponents to win every match and eventually winning the vacant WBC International heavyweight title in October 2014.

Joshua is currently ranked as the world’s top heavyweight boxer by the Transnational Boxing Rankings Board and will be defending his current titles and attempting to obtain the WBO heavyweight title from Joseph Parker in a much-anticipated match on March 31 in Cardiff, Wales, giving him the opportunity to become the world’s first undisputed heavyweight boxing champion since 2000.

How old is Anthony Joshua?

What is Anthony Joshua’s net worth?

Anthony Joshua’s net worth is approximately £32 million ($45m), according to Celebrity Net Worth.

How does Anthony Joshua make his money?

As a professional boxer, Anthony Joshua draws most of his wealth from his success in the ring.

He currently boasts an undefeated 20-0 record with all of his wins coming by knockout. This success has allowed him to rack up a number of big paydays over the years, growing his net worth substantially.

Anthony Joshua is not currently married.

He reportedly hasn’t had much time for relationships over the years due to his boxing career but could settle down and marry after retiring.

Joshua also reportedly exchanged text messages with model Bella Hadid but never entered into a formal relationship with her. He’s also been in an on-off relationship with Nicole Osborne, an exotic dancing teacher, for a number of years.

He has one son from his relationship with Osborne, Joseph Bayley Temiloluwa Prince Joshua, born on October 6, 2015.

Anthony Joshua will fight Joseph Parker on Easter weekend, in one of the most anticipated boxing matches in decades. Both boxers, undefeated and widely seen as among the best in the world, will put all of their belts on the line in a winner-take-all match to determine the world’s first undisputed heavyweight boxing champion since Lennox Lewis held the title back in 2000.

The match will take place on Saturday, March 31 at about 10:30pm GMT and will be held at Principality Stadium in Cardiff, Wales.

The fight’s weigh-in will be held at Cardiff’s Motorpoint Arena at 1pm GMT on Friday, March 30.