Anthony Powell’s 12-novel sequence A Dance To The Music Of Time divides people. Some find it so drab as to be unreadable. Others love the coming and goings of its characters so much that they almost live their lives through them.

‘His novels can divide a dinner table with the sudden fierceness of a civil war,’ argued one contemporary.

P G Wodehouse said he was ‘absolutely stunned by their artistry’. The crime novelist Ian Rankin describes reading them as ‘a great creative master-class’. Unexpected fans include Jilly Cooper, Clive James and the late disc-jockey John Peel, who picked it as his favourite book on Desert Island Discs. 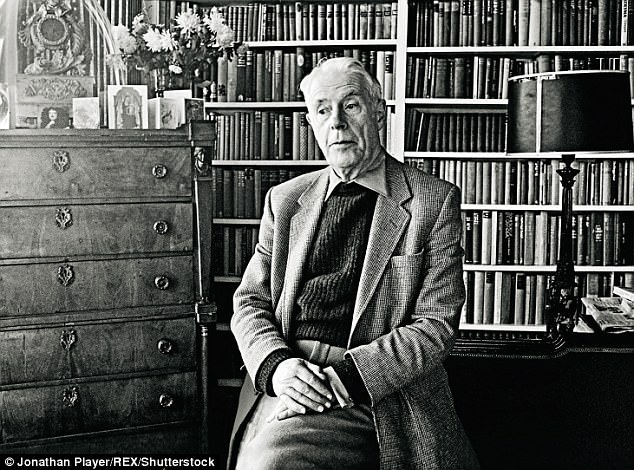 Anthony Powell’s 12-novel sequence A Dance To The Music Of Time divides people. Some find it so drab as to be unreadable. Others love the coming and goings of its characters

On the other hand, Malcolm Muggeridge compared the sequence to ‘a kind of social accountancy, and not much more enlivening than the financial sort’, and Auberon Waugh thought it no more than ‘an early upmarket soap opera’. Having once been a fan, Philip Larkin turned against it, and so too did V S Naipaul, who judged it ‘trivial and clumsy’.

His authorised biographer, Hilary Spurling, is firmly in the supporters’ camp. She won’t hear a word against Anthony Powell, and suggests that psychological damage may be the root cause of his denigrators’ complaints. These people are, she says, ‘presumably obscurely threatened by the sheer scale and ambition of Powell’s achievement’.

Speaking for myself, successive engagements with A Dance To The Music Of Time have so far proved unfruitful. For decades, friends whose judgments I trust have gone on and on about how brilliant it is, and have spoken of its lead characters – the dull and ambitious Widmerpool, the decadent X Trapnel – as though they were among their own acquaintance.

So I have tried – believe me, I have tried – but, so far, I haven’t been able to get beyond about page 100 of the first volume, finding the prose flat, the dialogue pedestrian and the themes inconsequential. But I will soon give it another go: I remain optimistic that, after 30 or more years of trying, I will one day see the light. 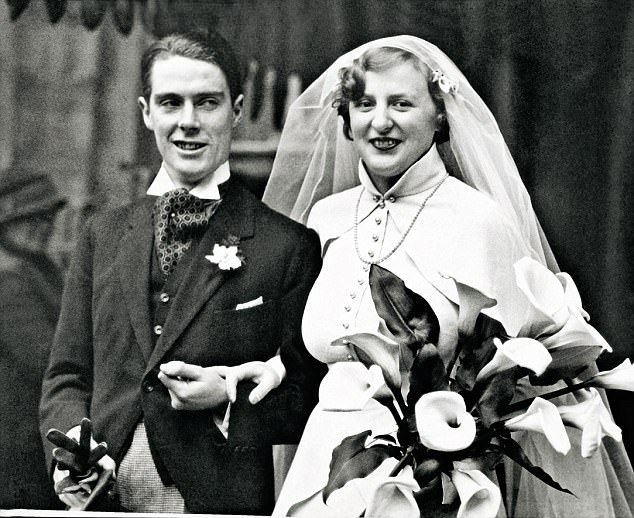 ‘That little girl will get off with man, woman or child,’ prophesies Powell’s wife Violet, a little harshly, of the young Joan Collins. Powell with Violet on their wedding day in 1934

Before I started reading this biography of Powell, I was hoping that it would help me on my journey, and, by focusing on his life and times, act as a handy bridge into the world of his novels.

To some extent, my hope has been fulfilled. Spurling is a sharp, graceful writer who has immersed herself in the territory. Her pen-portraits of Powell’s great travelling circus of colourful contemporaries are wonderfully vivid. She is particularly good on the louche Bohemian world of London in the inter-war years, populated by people like Powell’s rackety older lover Nina Hamnett: ‘When Nina complained of mice in her studio, a friend advised her to skin and eat them.’

In paragraph after paragraph, chapter after chapter, we are introduced to yet more offbeat types with whom Powell rubbed shoulders, such as ‘the Comte de Maleissy, a virtually destitute French aristocrat and opium addict of great charm and disruptive potential, staying at the Cavendish with his pet monkey and his Pekinese’ to ‘J D Bernal, a Jewish Italian from Tipperary, also a practising Marxist’.

Grander and more famous characters – Evelyn Waugh, George Orwell, Aleister Crowley, Graham Greene, the Sitwells – put in appearances at frequent intervals. In Hollywood, he meets Marlene Dietrich and F Scott Fitzgerald. On page 292, who should pop up but a schoolgirl playing in the square opposite Powell’s house. ‘That little girl will get off with man, woman or child,’ prophesies Powell’s wife Violet, a little harshly, of the young Joan Collins.

Unfortunately, the effect of all these glittering vignettes is to make Powell a minor character in his own biography. Like Nicholas Jenkins, the narrator of A Dance To The Music Of Time, he remains curiously colourless and hard to pin down. 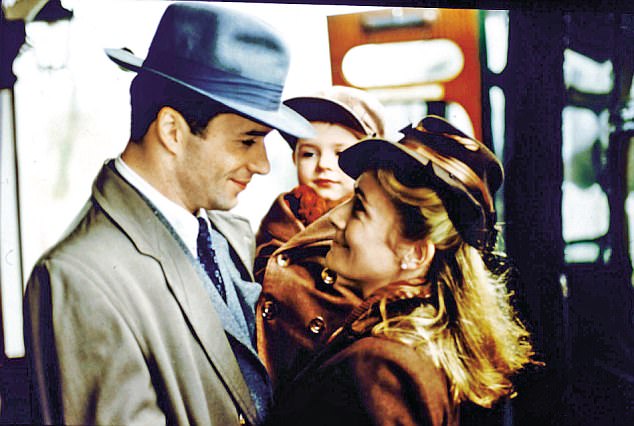 In the midst of all these extraordinary characters, real and imaginary, Powell struggles to emerge. Right: James Purefoy and Emma Fielding in the 1997 TV adaptation

One of his contemporaries was, for instance, the composer Constant Lambert, and Spurling provides a cracking portrait of this larger-than-life figure. ‘There was something magical about Constant,’ she writes. ‘He carried about with him the aura of a conjuror, according to his second wife, and already as a young man he had a repertoire of false noses, fake beards and alternative personalities picked up from a magic shop on Shaftesbury Avenue.

He claimed to be “the only francophile English composer from St Petersburg who worked on the Trans-Siberian railway, who himself can play God Save The King literally by ear”.’ (Constant’s characteristically dangerous party trick was to hold his nose and play tunes by forcing his breath through his punctured eardrum).

But where, in all this, is Powell himself? He tends to tag along, drinking and chatting with these powerful characters, and even having brief affairs with some of the more outlandish women, but his own character remains shadowy.

To some extent, it must have been Spurling’s intention to place Powell’s contemporaries centre stage, as then she could show how he transmuted them into characters in A Dance To The Music Of Time. Throughout her biography, she describes people who, in one way or another, were to end up as raw material for Powell. On one page she will talk of ‘Arthur Zouch, easily recognisable to friends as Adrian Daintrey’, and on another she will note ‘hints of Muggeridge in the hack journalist Lindsay Bagshaw’.

Like Powell himself, she veers between saying that this or that character was lifted straight from real life and then denying that there is ever an exact match-up.

But in the midst of all these extraordinary characters, real and imaginary, Powell struggles to emerge. It is often as though the chorus line had taken centre stage, elbowing the principal man into the background. It’s possible that this is also the result of Spurling lining herself up as Powell’s defence counsel: others have told plenty of stories about Powell’s snobbery and curmudgeonliness, but here they are few and far between.

If anyone deigns to criticise him, then they are roundly dismissed: for instance, she claims that Auberon Waugh’s damning review of a collection of Powell’s stuffy and pedantic book reviews was really an attack on Waugh’s own father, ‘the vengeful product of a largely loveless childhood’. Yet Auberon Waugh always revered Graham Greene, who was closer to his father than Powell ever was.

Similarly, when Powell’s father criticises him for failing to rush to his wife’s side when she suffers a miscarriage, Spurling seems to take Powell’s side, and not his father’s.

The last 25 years of his life, when Powell – who insisted on pronouncing his name to rhyme with ‘pole’, not ‘towel’– became, by all accounts, increasingly crotchety, are rushed through in barely ten pages. Heaven knows why. I wish Spurling had included a reminiscence sent to The Oldie magazine by a reader, some years ago.

This reader was a plumber who, one freezing January day, answered an urgent call to attend to a burst pipe at a large house in Somerset. After much searching, he eventually drove into the courtyard of what he felt sure was the right place. He rang the doorbell, and an old man opened the door.

‘There is no one here of that name,’ replied the old man.

‘I can’t help you,’ replied the old man.

The poor plumber then drove around in the snow and the ice for 20 minutes before being told that Anthony Powell did indeed live in the large house. So he went back.

‘The same man opened the door. This time I tried a different tack. “Does a Mr Powell live here?” “No,” he said. “However, do you mean Pole?” I nodded. “Ah! Then go round to the back door, the leak is in the kitchen.” ’