Anti-Brexit battlebus gets stuck on streets of London

An anti-Brexit battlebus underlined its commitment to Remaining today – by getting stuck on the streets of London.

The bus has been unveiled by pro-EU campaigners as part of a push to stop Britain from leaving the bloc.

The side is emblazoned with the slogan ‘Brexit to cost £2,000million a week’ – in a reference to the Leave campaign’s battlebus during the referendum.

But it ran into trouble almost immediately, with the driver struggling to manoeuvre past parked cars on a narrow road. 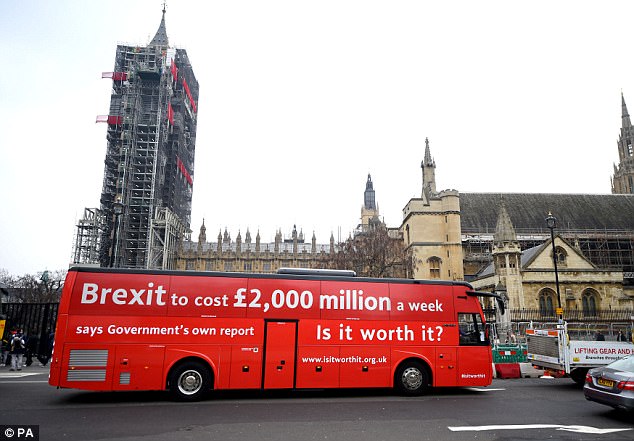 The bus will be touring the country for eight days, with organisers saying it was paid for by crowdfunding

The bus will be touring the country for eight days, with organisers saying it was paid for by crowdfunding.

The Vote Leave campaign coach that suggested the NHS could be £350million a week better off once Britain stopped contributing to EU coffers.

The Remain bus figure is based on analysis of leaked government reports predicting that all Brexit scenarios will significantly hit the economy.

Leaked government documents set out the impact of different scenarios after Britain leaves the bloc.

It suggested that, even with a comprehensive free-trade agreement with the EU, growth over the next 15 years would be 5 per cent less than current forecasts.

Campaigners claim that works out to around a £2,000million a week hit.

Liberal Democrat Tom Brake, one of the campaign supporters, said: ‘What this bus is about is reminding people of the lies that particularly Boris Johnson put across during the referendum campaign about how £350 million a week was going to be available to the NHS.

‘Clearly it isn’t. The point that is being made on the side of this red bus is that as a result of us leaving the European Union and the impact it will have on growth and the economy, the figures suggest the loss to the UK economy could be as high as £2,000 million a week. ‘ 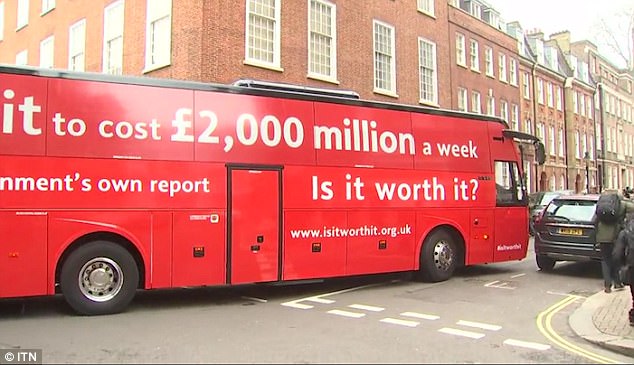 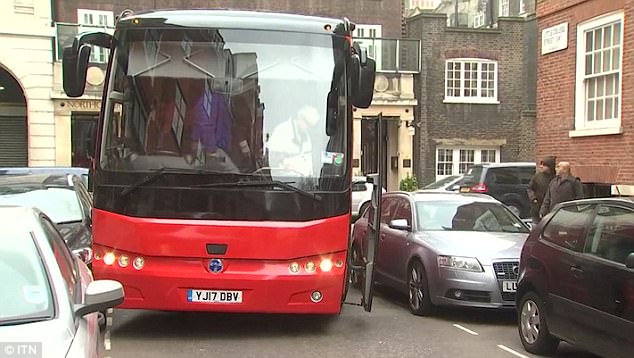