Radio 4 listeners were aghast as radio veteran John Humphrys interviewed a naked economist live on the Today programme where she ended up challenging Jacob Rees-Mogg to discuss Brexit without clothes.

Dr Victoria Bateman, a fellow in economics at Gonville and Caius College, Cambridge, was being grilled on her unconventional approach in opposing Brexit. 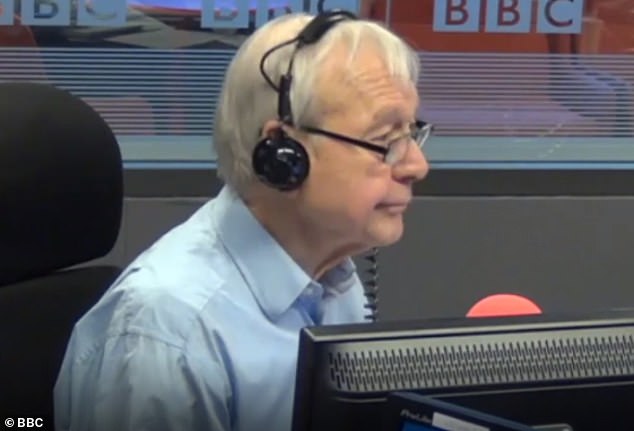 Listeners claimed the veteran interviewer struggled while talking with the naked academic, concentrating on her lack of clothes rather than her anti-Brexit message

The five-minute interview prompted a great deal of reaction online

Before entering the BBC Radio 4 studio this morning, Dr Bateman disrobed and painted the message ‘Brexit Leaves Britain Naked’ across her body.

During the terse five-minute interview, Humphrys accused the academic of undermining her argument by not wearing clothes as well as offending the sensibilities of the vast majority of the British public.

Commenting on the slogan across her body, Dr Bateman said: ‘It carries three important messages, and the first is that Brexit leaves Britain’s economy exposed. 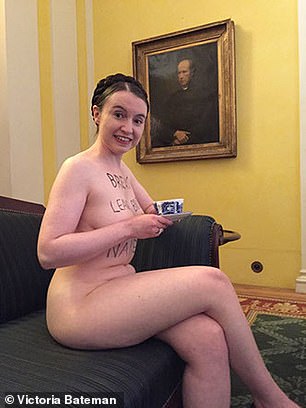 Humphrys said those arguments have been made repeatedly by people wearing clothes and why Dr Bateman felt the need to remove hers.

She replied: ‘I have myself written thousands of words looking at why Brexit is bad for Britain.

‘Brexit is the Emperor’s New Clothes. Britain has sold itself a project that cannot possibly deliver what it promises.

‘Everytime we open our mouths to speak we are inviting people to listen to our views to listen to our opinions. I am completely comfortable with my own body. I view women’s bodies as one of the big battlegrounds we face today, and by engaging with society about women’s bodies, one of the things that shows is the way in which people are quick to judge women solely based on their bodies.’

Humphrys replied: ‘Do you think in 2019 that women are judged on their bodies?’

She said: ‘I do. All you have to do is look at the online response to a two-minute section of my naked lecture that I posted online in the last couple of days and you will see people firing back with comments of the kind “this woman is trashy because she has got her body on show” or “this woman is stupid”. 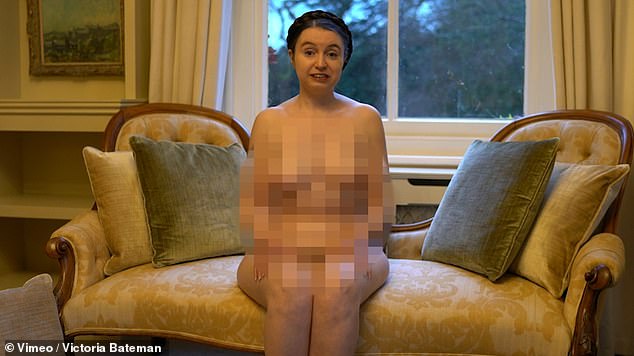 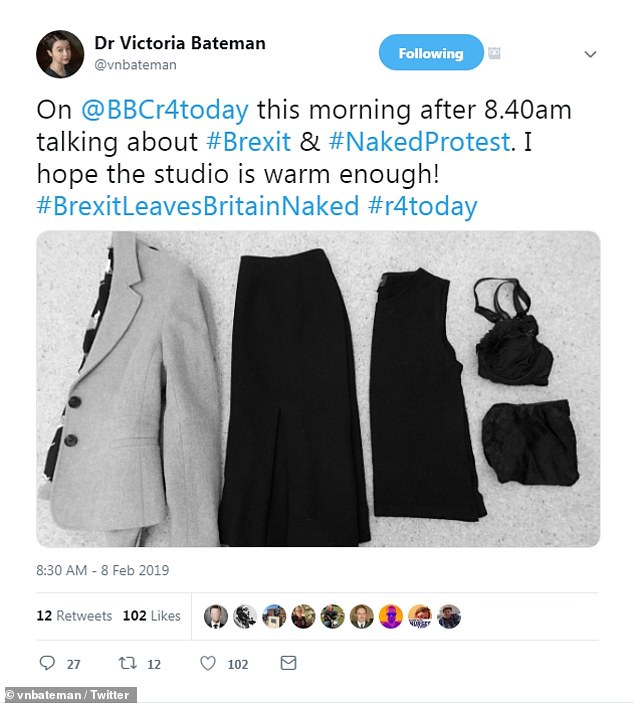 Humphrys suggested that society acted with a ‘degree of modesty’.

Dr Bateman told Humphrys: ‘If we did respect that we’d still be living in days when women were covered from head-to-toe. Look at the suffragettes, they made some of the first moves to reveal their ankles and reveal their knees. So if we can dress who we want – and that includes in a state of undress that I am in today – why not?’

She continued: ‘For thousands of years, men have controlled what women can do with their bodies. Women’s bodies have been seen purely as things for sex and babies.

‘What is wrong with a modern day woman taking control of her body and using it to give voice to what is the most pressing political subject in Britain right now?’

‘I am doing this for the words written on my body. Brexit leaves Britain naked.’

At the end of the testy interview, Dr Bateman challenged a senior member of the European Research Group to discuss Britain’s EU exit with her.

She added: ‘I invite Jacob Rees Mogg to do a naked debate with me and we will get to the roots of this issue. The issue that Britain faces many, many problems right now from housing to the NHS and the European Union is not the cause of those problems.’ 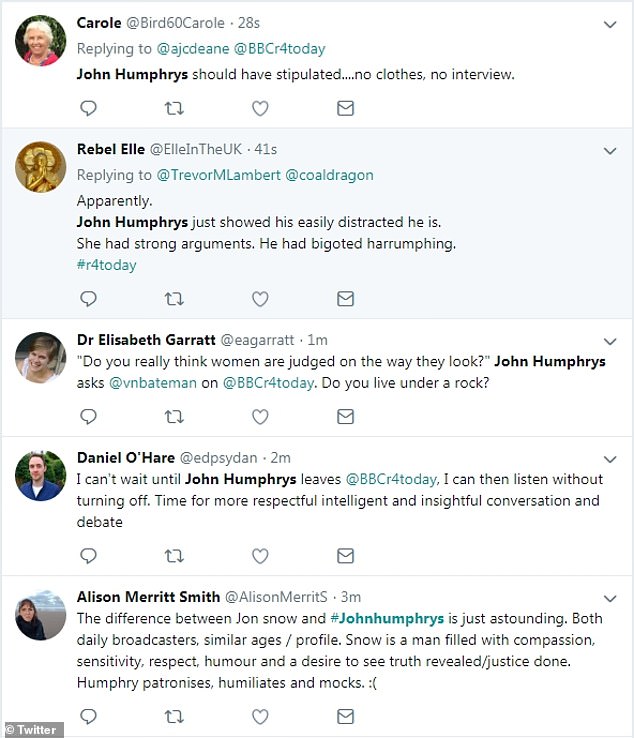