The traps, which have been spotted in the Peak District, south Wales and Shropshire, include branches fixed at head height, wires strung up at neck height and nails and drawing pins spread on the ground.

Several routes have been sabotaged and cyclists fear it is only a matter of time before someone is killed or seriously injured.

Riders in south Wales found a buried plank of wood with more than 100 nails sticking out of it earlier this month in Blaenavon.

Saboteurs targeting cyclists have placed a series of deadly ‘medieval’ booby traps across popular trails in the UK. Pictured is a plank of wood with more than 100 nails hammered into it that was found buried in south Wales 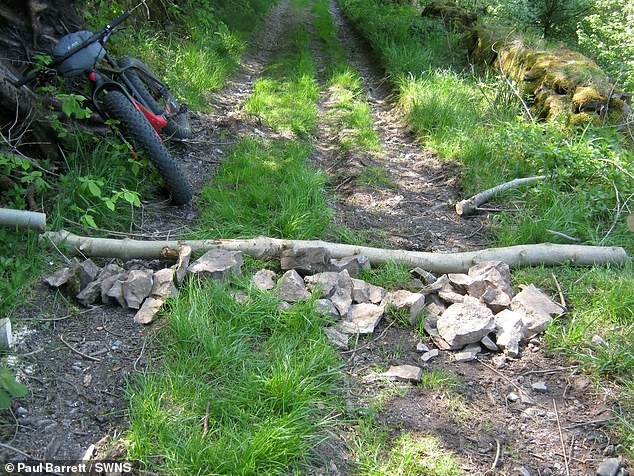 Similar incidents have been reported in the Peak District, where this trapped was laid

Shropshire cyclists have reported finding large shards of glass buried on trails and in Belfast riders have found branches pulled across tracks as traps.

Figures from South Yorkshire Police showed a total of 1,445 cyclist casualties – including three deaths, 314 serious casualties and 1,128 slight injuries – within the last 10 years.

Experienced rider and operator of the Keeper of the Peak blog for riders, Chris Maloney, 37, warned something there could be serious consequences if they are not stopped.

Have you ever seen a booby trap like these?

Get in touch via:

The father-of-two said: ‘These are just idiots with a vendetta. The traps are designed to stop people cycling and enjoying the outdoors.

‘If someone sees these obstacles late and comes off their bike then this could cause very serious injuries or even put people’s lives at risk. It needs to stop.

‘I haven’t suffered any injury as a result of the traps at all but I’m well aware that it is happening a lot.

‘I’ve seen photos of medieval-type spikes being put on the outside of bends, what on earth is going through people’s heads to do something quite so vicious and nasty-minded?

‘Nothing ever justifies wanting to cause physical harm.’ 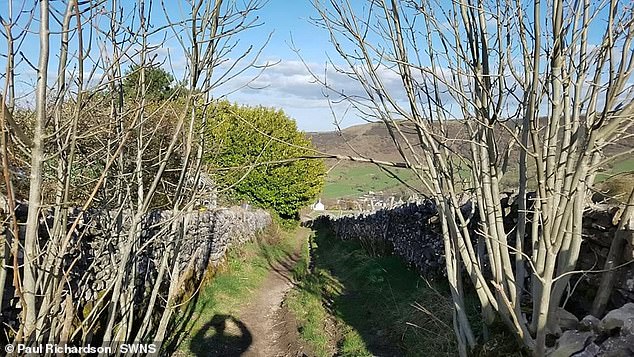 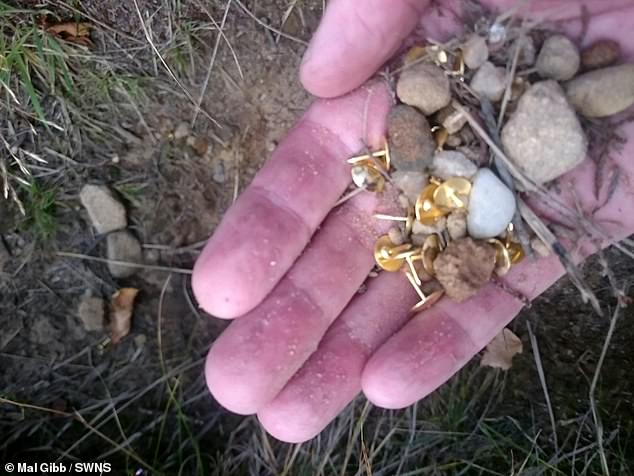 Mr Maloney said cycle paths that had been targeted included ones in Bradwell in the Peak District as well as ones in Bamford and Aston.

He accepted that, as within any group, there will be a small section of cyclists who on occasion go too fast.

But added: ‘Whatever people’s gripes are there is absolutely no justification for putting people’s safety at risk.

‘We have a mantra in the cycling community of being respectful and thinking about other people enjoying the outdoors.’

Mr Maloney described how huge efforts have been made in recent years to encourage more cooperation between walkers, runners, cyclists and horse riders.

This includes regular meetings to discuss ways of improving things such as access to routes. 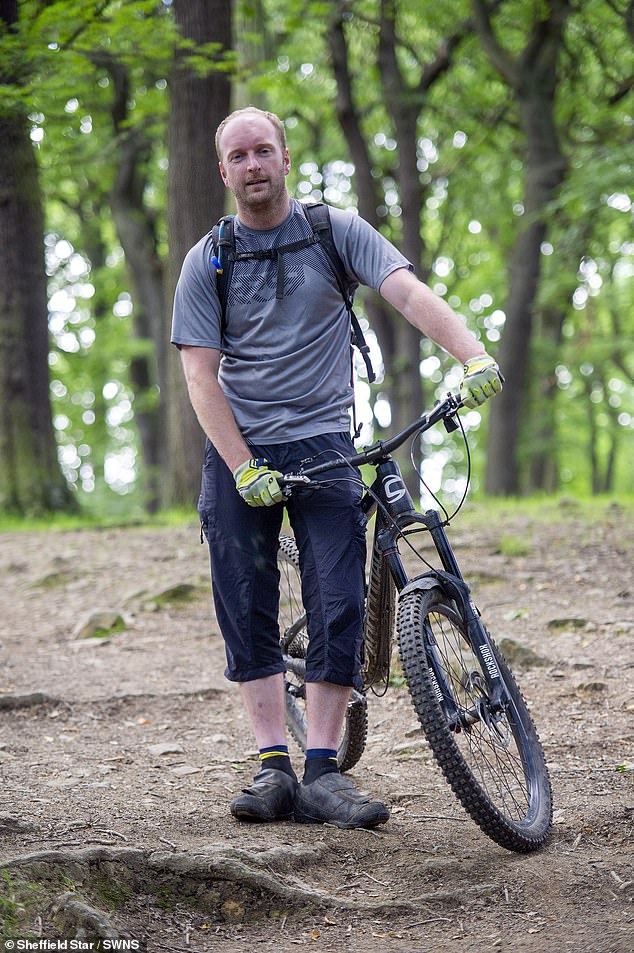 Experienced rider and operator of the Keeper of the Peak blog for riders, Chris Maloney, 37, (pictured) warned something there could be serious consequences if they are not stopped

But he said vigilante actions go completely against this joined-up approach and is ‘not in the spirit of the great outdoors.’

He added: ‘If the people sabotaging the trials have an issue then I would like to invite them to one of our meetings to discuss this, rather than setting traps that can hurt people.

‘A lot of people from Sheffield visit the Peak District and more and more people generally are so we need to find a way so that we all get along.’

He said: ‘The people doing it are complete idiots. It is incredibly dangerous and there have been stories in the national media about people being seriously injured as a result.

‘It is illegal and the people doing so should be arrested and prosecuted.’

In a statement, South Yorkshire Police said: ‘Our officers are aware of reports of alleged trail sabotaging and take all reports of this nature very seriously.

‘Trail sabotaging has the potential to cause serious injury, and we would encourage anyone who comes across evidence of this, or any suggestion of this taking place, to report it to the police via 101.’

Last month cyclists called for a boycott of a magazine that seemed to encourage the use of wire traps for cyclists to ‘teach them a lesson’.

Grapevine magazine, which is delivered to thousands of houses in Sheffield for free, included a conversation with its editor Ian Macgill and his friend where the friend called for cyclists to be taught a lesson by having wires strung up at head height. 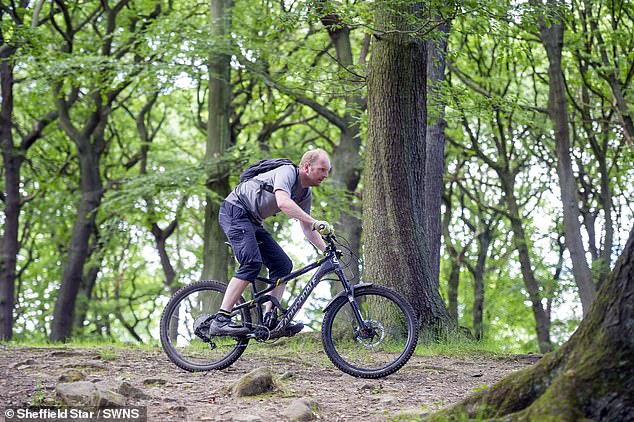 He said: ‘Whatever people’s gripes are there is absolutely no justification for putting people’s safety at risk’

According to the Guardian, Macgill claimed the conversation was ‘just a piece of whimsy’.

In 2016 a man was nearly decapitated when he cycled into a line of barbed wire that had been strung up between trees.

It is thought that because most cyclists focus their concentration on the ground in front of them they are less likely to notice traps placed at head or neck height.

Ben Threlfall, 31, was riding his mountain bike on a trail in Ton Pentre, south Wales, when he crashed into the wire so hard that it snapped.

He was flung from his bike with the wire still coiled round his neck but survived with just a few cuts and bruises.

Earlier that year another cyclist, Daniel Webster, 39, came across another barbed wire trap strung between two trees while cycling in Kent.

He noticed the wire at the last second so managed to avoid hitting it.