A teacher who was ‘very anti-drugs’ tragically died after she took cocaine for ‘perhaps the first and only time’ following a long drinking session, an inquest heard.

Devoted mum Hannah McGurdy, 35, had spent years telling friends and family about her feelings towards the use of illegal substances.

She loved her job working with children with special needs and chaired the school’s fundraising committee, yet relatives had noticed her personality change after she embarked on a volatile relationship with a former neighbour, after splitting from her husband.

They said she had little time for them and had taken to binge drinking. Her father said it seemed she was ‘trying to impress’ her new partner Leanne Fisher.

In January this year after a boozy gathering at her house in Cheadle, Greater Manchester, friends put Hannah to bed and left her to sleep off her hangover.

Tragically 13 hours later they returned to find her dead on the bed at her home. Tests showed she had drink and drugs in her system.

Stockport Coroner’s Court was told Hannah spent the evening of January 3 with her ‘on/off’ girlfriend and after walking their dog to a local pub, they returned home.

Later she invited Ms Fisher’s brother and sister, along with another friend around to have a few drinks.

Sometime in the early hours of the following morning she was taken upstairs and collapsed face down on her bed. Around 7am her girlfriend and the others let themselves out. 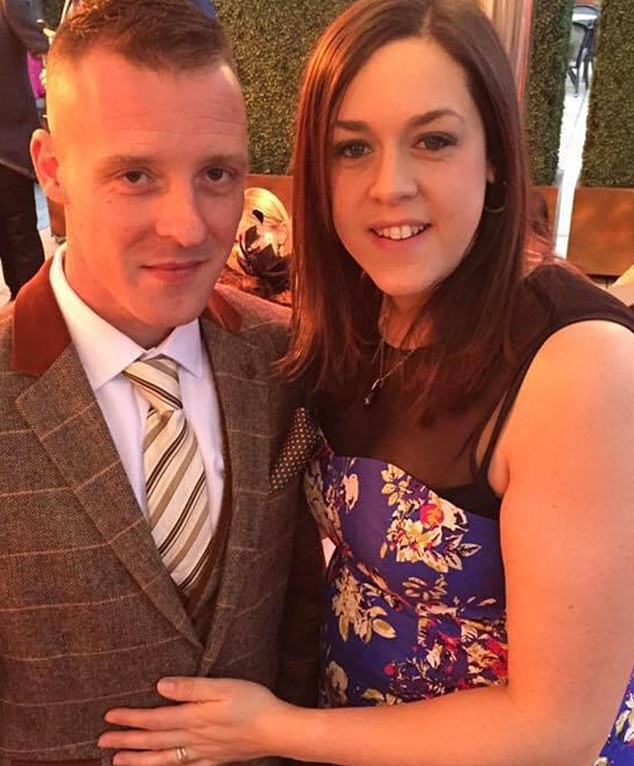 Relatives noticed Hannah McGurdy’s personality change after she embarked on a volatile relationship with a former neighbour, after splitting from her husband Liam (left)

When Ms Fisher could not contact her later that day she, her sister Michelle and 15 year-old brother Cameron went round to check on her and found her in the same position as they had left her.

They called 999 and paramedics and police rushed to the property where she was declared dead just after 9pm.

Police questioned the brothers and sisters, who said Hannah had become very drunk during the course of the evening after downing beer, vodka and gin.

Ms Fisher, who said they had been seeing each other for about nine months, described Hannah as ‘p****d and moody’ and said they had argued about telling family about their relationship.

She admitted taking cocaine in the bathroom, but denied having seen Hannah consume any of the drug. The others in the house also denied seeing her take the drug.

CCTV footage from outside the property, which was seized by police, showed a female who looked like Hannah leaving the house just before 2am and crossing the road to speak with the driver of a white BMW parked on the car park of a shop opposite.

At 4.30 am Ms Fisher was filmed leaving the house and making a similar rendezvous with the same car before returning inside the house. Detectives said attempts to trace the vehicle and its owner had failed.

Hannah had worked as a Higher Level Teaching Assistant (HLTA) at Valley School in Bramhall, Cheshire since 2016. She was Joint Chair of the Friends of Valley School.

She was described as ‘a generally happy person’, who enjoyed a social drink. She had been prescribed anti-depressants following the break-up of her marriage in early 2019 and later she started the relationship with Ms Fisher.

Her father David Westerman told the coroner it was after this he began noticing changes in her behaviour and that she was withdrawing from family life. 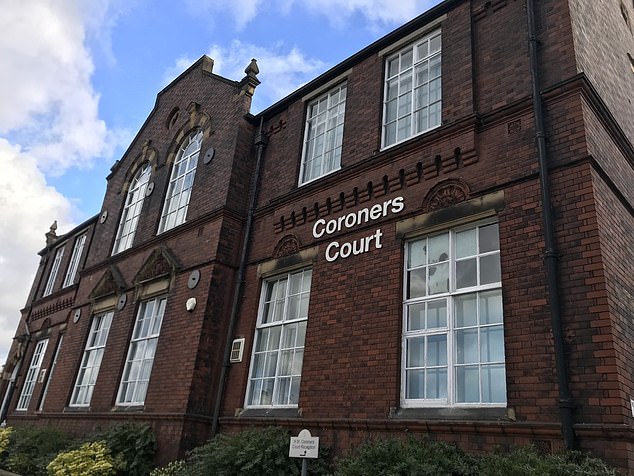 ‘I got the impression she felt she had more important things to do than her family,’ he said. ‘I definitely know she was drinking more, not on a regular basis, but more binge drinking. Her drinking increased after she got in with a different crowd.’

‘I last saw her on Boxing Day and we all went for a family meal, she seemed fine, but we did not get invited back to her house afterwards like we normally would.

‘I had no knowledge of her taking any street drugs, she was always very anti-drugs.’

Her estranged husband, self-employed gardener Liam told the inquest: ‘I was married to Hannah for 12 years and in all that time she never took any kind of drugs. She was always against them.

Asked about her behaviour he added: ‘I could see that she was not herself at times, but from my point of view she was still doing a great job as a mum.’

Toxicology tests revealed her blood alcohol limit was twice the drink-drive limit. The levels of cocaine in her system was consistent with ‘recreational rather than excessive use’.

Giving his conclusions South Manchester Area Coroner Mr Chris Morris said: ‘I’m satisfied Hannah has tragically died when she did because of cocaine and alcohol toxicity

‘Police investigations concluded there was no evidence of third party involvement or any criminal activity that led to her death. There’s no evidence she took the alcohol or cocaine against her will.

‘I consider Hannah has taken cocaine for perhaps the first and only time when her judgment was impaired by alcohol.’