With two spells in prison and two terms as Slovenia’s Prime Minister under his belt – Janez Jansa has had a somewhat chequered past.

But it looks as though the leader of the anti-immigrant Slovenian Democratic Party (SDS) will be swept back to power once again after Saturday’s election.

As head of the SDS, Jansa has been outspoken for a number of years on the subject of immigration.

With the recent wave of far-right populism sweeping through central Europe, however, Jansa has found himself more and more in the spotlight. 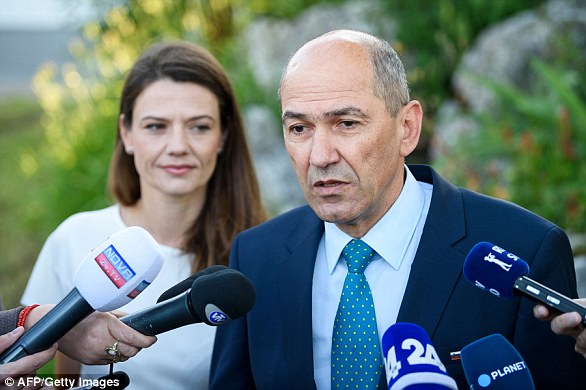 In particular he has taken aim at Slovenia’s burgeoning immigrant population with his policies, aiming to win support through the same measures as Hungary’s controversial leader Victor Orban – a long-time supporter of Jansa.

The issue of immigration looks set to take centre-stage as Jansa returns to power for a third time.

Jansa was accused of corruption in 2013 after the so-called ‘Patria case’ revealed he and several other MPs had taken bribes from a Finnish company for the award of an armoured vehicle contract.

It was ruled Jansa and two others had sought €2 million in commission in return for their part in the deal.

He spent nearly a year in prison from 2013 to 2014 for the crime – of which he still maintains he is innocence.

On 30 May 1988, while working as a journalist he was arrested together with four others for exposing military secrets.

He was sentenced to 18-months in prison for the crime – but after public outcry he was transferred to an open prison.