A shadowy group which has vowed to overthrow Kim Jong-un has said it carried out raid on North Korea’s embassy in Spain.

The incident at the reclusive nation’s offices in Madrid had been shrouded in mystery after a group of men reportedly burst in, roughed up staff and made off with documents and computers.

A dissident group called Cheollima Civil Defense (CCD) today claimed responsibility for the raid on February 22, asserting that it had shared ‘information of enormous value’ with the FBI.

The group, which has offered to help defectors from North Korea, insisted it had not used any violence during the raid.

It said in a statement: ‘We were invited into the embassy, and contrary to reports, no one was gagged or beaten.

‘Out of respect for the host nation of Spain, no weapons were used. All occupants in the embassy were treated with dignity and necessary caution.’

According to investigating judge Jose de la Mata, two of the assailants took the embassy’s commercial attache to an underground room and urged him to defect, which he refused.

‘The organisation shared certain information of enormous potential value with the FBI in the United States, under mutually agreed terms of confidentiality,’ the statement added.

Speculation over the identity and motive of the assailants had swirled in the media, with Spanish daily El Pais suggesting links to the CIA, which the U.S. agency denied.

Spanish authorities said the response was ‘not very convincing,’ adding that the CIA acted ‘in probable co-operation’ with South Korean intelligence services.

It came after a Spanish court named Adrian Hong Chang, of Mexican nationality, as being the leader of the group. 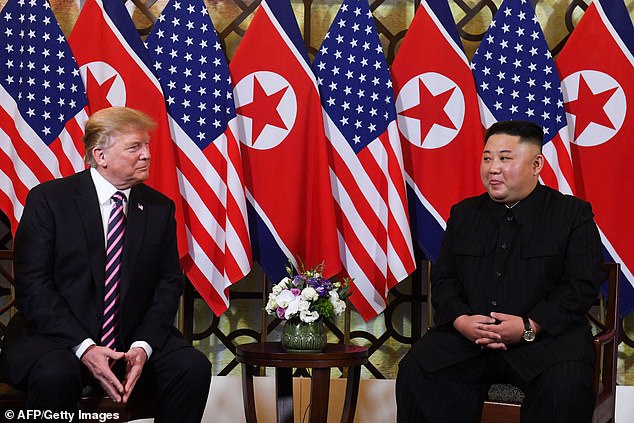 The raid in Madrid came just days before Kim Jong-un held his second summit with U.S. President Donald Trump (the two leaders are pictured together in Vietnam on February 27) 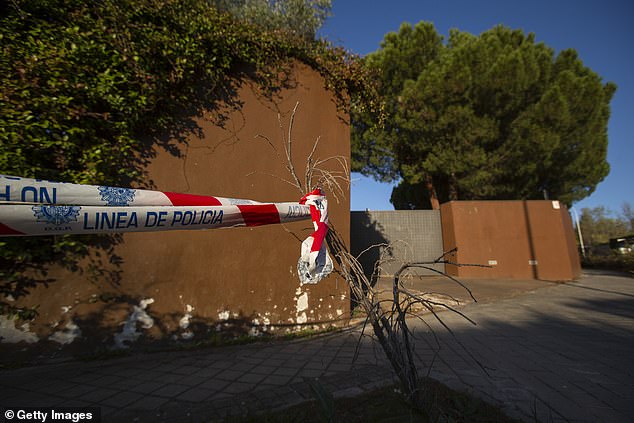 The raid had come just days before Kim’s second summit with President Donald Trump, which ended with no agreement on North Korea’s nuclear ambitions.

CCD said the raid had no links to the Hanoi summit and that no other governments were involved until after the event.

The group – emerged in 2017 when it posted an online video of the son of the North Korean leader’s assassinated brother, saying it had guaranteed his safety.

Last month the group declared itself a government-in-exile for the North called ‘Free Joseon’, using an old name for Korea.

Little is known about CCD and it is unclear who is behind the organisation – although some have speculated it has links to South Korea’s spy agency.

It is named after a mythical winged horse.

In the past, the group has said it responded to urgent requests for protection from ‘compatriots’ and has thanked countries including the Netherlands, China and the United States for their help.