A woman was caught on camera insulting a supermarket employee at a store on Long Island after being told that she needed to wear a face mask.

The video, which was apparently recorded at a King Kullen supermarket in Massapequa, New York, was uploaded to social media and sees the woman in a grey shirt and black pants yelling at the worker who is out of shot.

The insults come thick and fast as the woman insists that she had been wearing a mask earlier on. 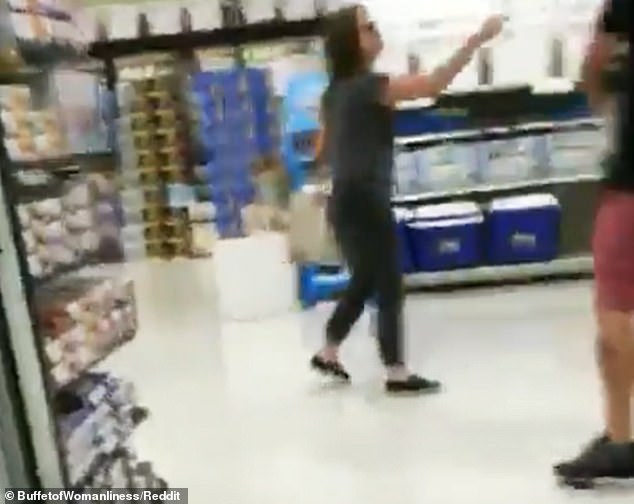 She then threatens to beat the female worker up for acting like a ‘communist’.

The woman doesn’t respond kindly as another supermarket staff member attempts to intervene.

She responds by insulting the woman’s weight and goes on to suggest that is the reason she works in a grocery store.

‘Are you kidding me?’ said the woman. ‘We live in America. Don’t give me this communist crap,’ the woman responds shouting. 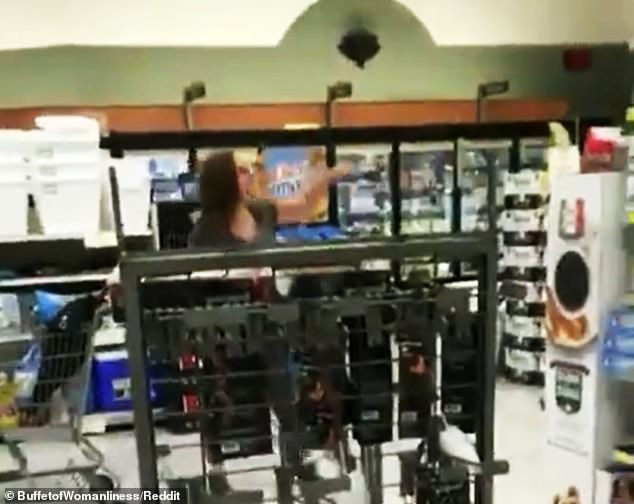 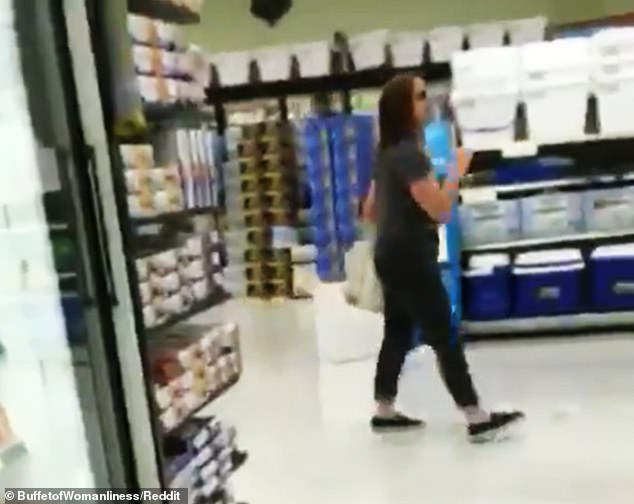 ‘Seriously?’ asks the employee who is out-of-shot. ‘Because I asked you to put your mask on?’

‘It’s wasn’t on!’ the worker responds.

‘My mask was on!’ she replies continuing the argument. 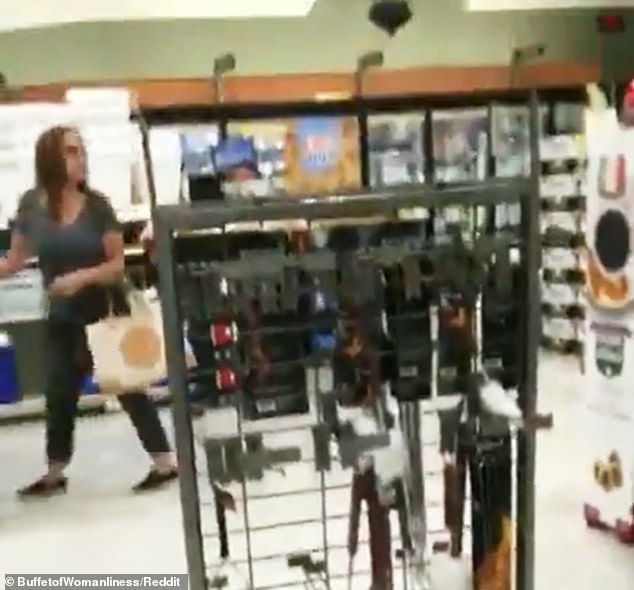 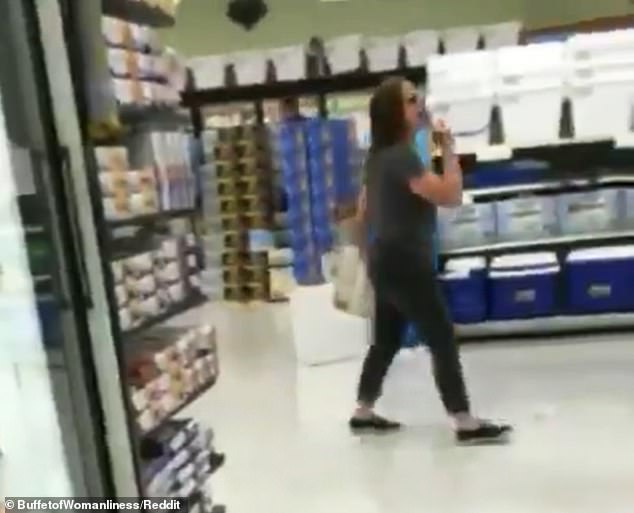 The woman continues to yell, ‘Don’t pull your communist bulls*** on me!’ to an employee

‘Don’t pull your communist bullshit on me. I’ll fucking beat the s*** out of you right here in the f******–’ the woman continues before the video suddenly ends.

The video was apparently recorded at a King Kullen supermarket in Massapequa, was undated but appeared on social media late on Saturday night.

It’s not the first time during the pandemic that people have lost their tempers over the requests to wear masks.

During one incident in Arizona, a woman was recorded destroying an in-store mask display at Target.

In Minnesota, a couple were banned from all Walmart stores after wearing masks with red swastikas printed on them to intimidate customers. 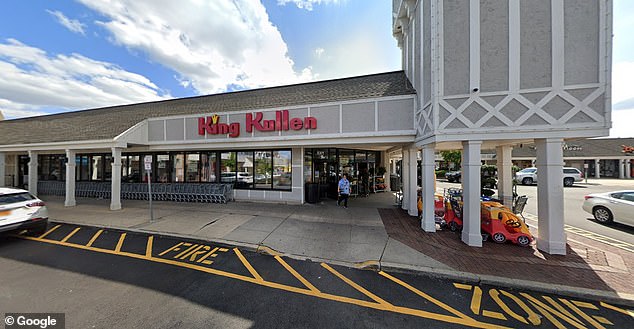