Anti-Semitic killings in 2018 ‘highest’ in decades, with 13 deaths from three attacks

Anti-Semitic murders rose to their highest level in decades last year, with 13 deaths from three attacks

By Chiara Fiorillo For Mailonline and Afp

Anti-Semitic murders around the world reached their highest level in decades last year, following a mass shooting at a US synagogue, an Israeli government report said.

A total of 13 Jews were killed in three separate attacks during the year, according to the 2018 Global Anti-Semitism Report, relased on International Holocaust Remembrance Day.

A gunman killed 11 people at a synagogue in Pittsburgh, US, in October.

The incident was America’s deadliest ever anti-Semitic attack.

In January, a student was murdered in California.

In March, Holocaust survivor Mirielle Knoll, 85, was killed in a brutal attack at her Paris home.

‘This marks the highest number of Jews murdered in anti-Semitic attacks since the attacks on the Argentinian Jewish community in the 1990s,’ the report said.

The report said that the number of anti-Semitic incidents in Britain reached a record high for the second consecutive year. 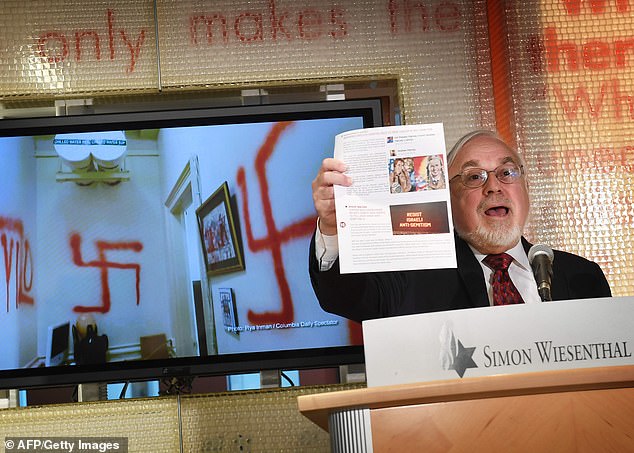 Rabbi Abraham Cooper of the Simon Wiesenthal Center pictured during the annual ranking of the 10 worst anti-Semitic incidents of 2018 at the Museum of Tolerance in Los Angeles, California

British charity Community Security Trust counted over 100 anti-Semitic episodes a month in 2018, a quarter of which took place on social media.

The report noted a 69 percent rise in anti-Semitic attacks and threats in France after a two-year decline.

Contrary to previous years, anti-Semitic violence in 2018 was ‘led by neo-Nazis and white supremacists’, the report said.

It is believed that 70 percent of attacks are ‘anti-Israel in nature’. 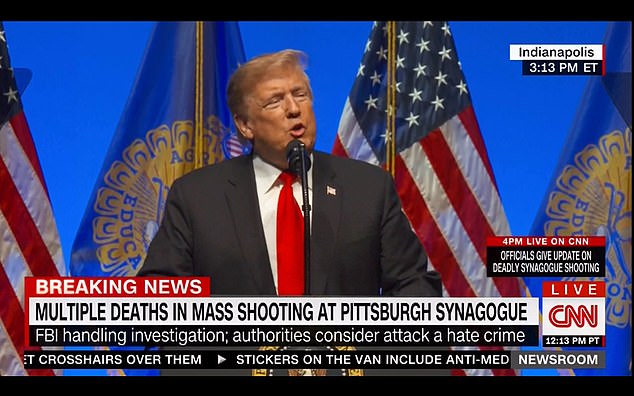 The report noted a spike when the US moved its embassy to Jerusalem in May.

Diaspora Minister Naftali Bennett said it was Israel’s ‘responsibility to help the millions of our brothers and sisters in the Diaspora who are facing more and more anti-Semitic crimes’.

Mr Bennett called on governments around the world to ‘take a harsh stance against the hatred of Jews’.

The 113-page report, however, said that despite the grim numbers there is also ‘room for hope’. 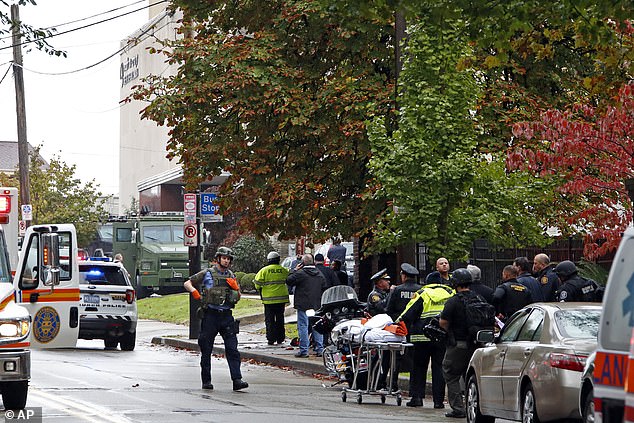 The first responders surround the synagogue where a shooter opened fire on October 27, 2018 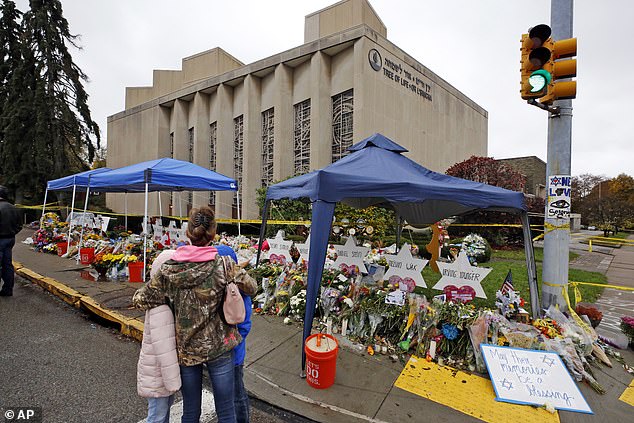 ‘More and more governments are declaring their committment to fighting anti-Semitism, and appointing emissaries to that end,’ the report said.

The Simon Wiesenthal Center in Jerusalem on Sunday also released its annual report on the ‘Worldwide Investigation and Prosecution of Nazi War Criminals’.

It said that between April 2017 and March 2018 one person was convicted for Nazi-era crimes, while three others were charged.