Anti-Semitism is a cancer spreading across both far-Left and far-Right, writes Labour MP JOHN MANN

I have spent many years challenging antisemitism, in some cases discreetly, in some cases publicly and across all political parties. At home, I have had cause to write to Conservative and Liberal leaders about the behaviour of those amongst their ranks and abroad, I have directly challenged antisemitism in Poland, Lithuania, and in Hungary. Zero tolerance means just that and the same rule applies across the world. My party, therefore is no exception.

Earlier this week, having been summoned before Labour MPs, our party’s General Secretary released some of the data about the numbers of cases of antisemitism we have been dealing with. Despite claims that addressing antisemitism would be a top priority, the report, did nothing to persuade the Jewish community and many others that this is the case.

I have spent many years challenging antisemitism, in some cases discreetly, in some cases publicly and across all political parties, writes John Mann (pictured)

We were told that our party received 673 complaints from April 2018-January 2019, some 15 per week. This alone should be a shocking finding. However, many expressed concern about the accuracy of the data with the Jewish Labour Movement and others raising eyebrows at the volume of reports.

Of the 673 cases, 54% led to no action or a “reminder of conduct” warning with no sanction. However, many of these contain blatant incidents of antisemitism like the one relating to Kayla Bibby. Bibby, based in the Liverpool Riverside constituency which is represented by my colleague Dame Louise Ellman, posted a Facebook image in March depicting the Statue of Liberty being smothered by an alien with the Jewish symbol the Star of David on its back. Below it she wrote “The most accurate photo I’ve seen all year!”.

An allegation subsequently came to light that Bibby contacted a far-right website to ask permission to use the image. The sanction she was given was completely inappropriate and Dame Louise had to repeatedly push to have further action taken. In these circumstances the 54% figure gives cause for concern. Certainly, the expertise and training of those assessing the cases will be called into question.

Of the remaining 307 cases, 31% led to some kind of decision or action by my party’s disciplinary committees, the NEC or NCC. Of these people, 49 left the party voluntarily and only 12 were expelled. This means at best 61 people have left the party for antisemitism. So, less than 10% of those reported are out, despite in a number of cases grotesque antisemitism being expressed. 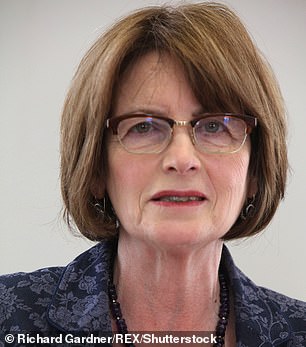 In a subsequent letter colleagues and I were told that “up to April 2018”, the NCC expelled seven members, where this fits in the dataset, who knows. So much for the stated policy of zero tolerance.

It was suggested by the party that many cases lack evidence. However, many will be aware of incidents where the evidence failed to lead to an appropriate sanction. There was ex-MP Jim Sheridan, who wrote of his loss of empathy and respect for the Jewish community for working with “blairite plotters”. Or other Labour office holders like Jennie Rathbone or Mary Lockhart who were readmitted when under any robust framework they would have been handed a significant sanction.

Worryingly, it was claimed that no data is known prior to April 2018, when the Jewish community felt moved to protest against antisemitism in our party. This is disputed by both our former General Secretary, Ian McNicol, and by a member of the NCC. There were times throughout McNicol’s time in office that figures were released, albeit unattributed. Were these made up? What on earth is going on?

Beyond the data we are left with a great many questions. Where we have been told cases suffered from a lack of evidence, did the investigators liaise with expert organisations like the Community Security Trust? Did they contact social media companies? With no oversight, it is hard to know.

We have been told that a proper training course, with Jewish community backing, is not yet in place. So, where have people have been sent for training in the meantime? Is it postponed? How are the people taking decisions on what is, or is not, antisemitism being trained to properly identify material as such?

What about those that reported cases of antisemitism and never heard back from our party? Are these included in the 673 or not? Given the timeline of some incidents has been called into question, what is the statute of limitation? We are still not being given the relevant information on the cost of this response to increased antisemitism, what is it? 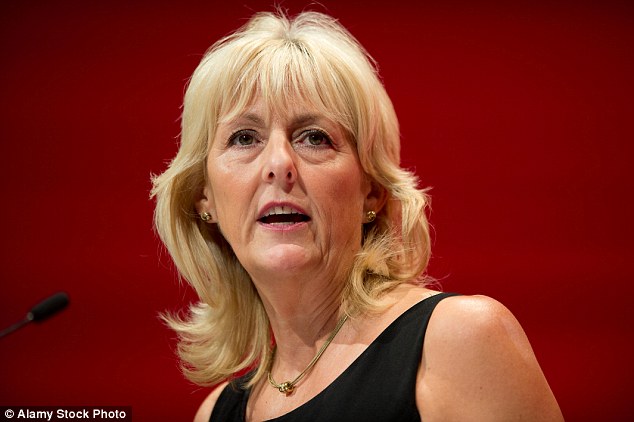 Moreover, how will the party ensure that those who have been reported for antisemitism but are not members, do not become one?

Colleagues and I had to press for further information and requested action on antisemitism be tabled at a shadow cabinet meeting. In a subsequent updated reply to myself and colleagues, Jennie Formby corrected an account of a submission she had made to the Parliamentary Labour Party about a dossier of examples of antisemitism. She set out that “only 20” people in the dossier were members, from 111 individuals included. This speaks to two problems.

First, “only twenty” is too many. We expect Labour members to be above reproach when it comes to racist discrimination and abuse. 12 people have been expelled, this is shockingly high. It’s fairly clear that Jew haters are amongst us and the lack of action is undoubtedly emboldening them.

The second problem is that 111 individuals were reported as if they were members. Antisemitism isn’t just a problem for our party, it is a problem across the extreme left as it is the far-right. Like a cancer, antisemitism is spreading. It is now not unusual to hear age-old conspiracy theories about Jews being dropped into regular conversation, particularly online. That starts from our failure to tell people that raising, or being concerned about antisemitism is not a ‘smear’.

The sooner we get our numbers straight, our political education in place and our members clear that antisemitism is not and will never be tolerated, the sooner we can start becoming the antidote to antisemitism on the left, rather than the culture from which it can grow.