Police have been given more time to question a boy who was arrested in a leafy suburb on suspicion of terrorism.

The 16-year-old was held after officers discovered an ‘unknown substance’ during a raid at a house in Strawberry Hill, south-west London.

Officers swooped on the property at about 9.55am on Wednesday and also found an imitation firearm and cannabis plants, Scotland Yard said.

Anti-terror detectives have been given more time to question a boy arrested after an ‘unknown substance’ was found at his home in this suburban street in Strawberry Hill, west London

Media consultant Fran Perrow, who lives nearby, said police descended on the suburban street en masse along with paramedics.

An area around the address where the boy was arrested was cordoned off and Strawberry Hill station was briefly shut, she said.

Ms Perrow added: ‘Clearly something had triggered a major incident.

‘We still don’t know what it was but the police are still there.’

The discovery of the substance prompted an escalation to the counter-terrorism command and it will be sent for ‘urgent analysis’ to determine what it is, the force said. 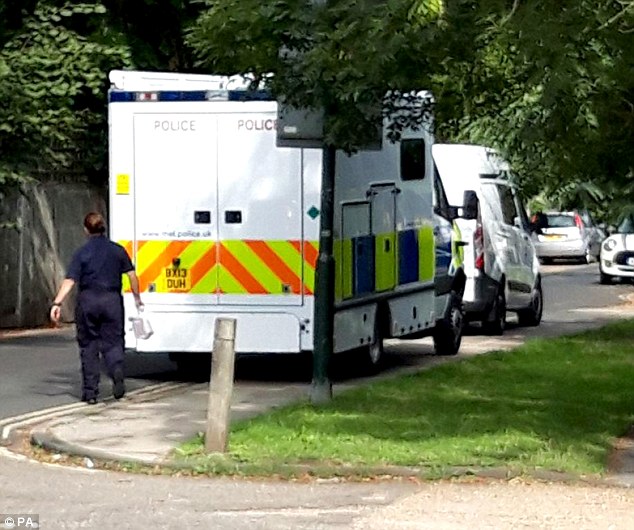 The teenager was detained on suspicion of commission, preparation or instigation of terrorism.

He was also arrested on suspicion of possessing an imitation firearm and the cultivation of cannabis.

Officers have been given an extension to keep him in custody until Tuesday and he is being questioned at a south London police station.