A school in a Yorkshire market town is at the centre of a terrorism investigation after two 14-year-olds were arrested on suspicion of plotting an attack.

Officers swooped on Northallerton, North Yorkshire on Saturday and took the two schoolboys into custody.

Northallerton School and Sixth Form College is helping police with their enquiries although is unclear whether either of the pair arrested attended the school.

The teenagers are being held on ‘suspicion of preparing for an act of terrorism’ under Section 5 of the Terrorism Act 2006, police have confirmed.

Police have since been searching properties in the Romanby area of the town.

Witnesses reported seeing a large number of police vehicles near a derelict former tyre garage for most Saturday and yesterday.

A local resident said: ‘The officers would only say that it’s an ongoing investigation, but if it’s connected to an investigation into terrorism then I’m shocked, really shocked.

‘A few months back there was a problem with kids getting in there to use it as a skatepark, but the owners put some better security in and it’s been fine since. I’ve never seen anything suspicious at all.’

A North Yorkshire Council spokesman said: ‘Northallerton School and Sixth Form College is supporting the police in their investigation.’ 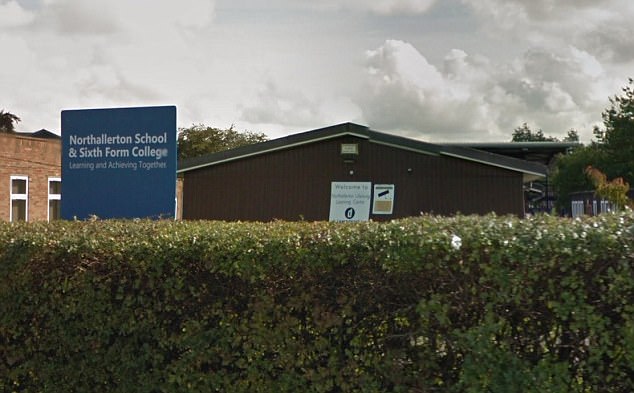 The investigation centres on this school in the town, where teachers are helping police

The spokesman added: ‘Police continue to investigate with an open mind to establish what, if any, offences have been committed.

‘The school understands that parents and carers may have concerns as aresult of these arrests.

‘We would like to reassure them that the safety of the school is paramount and we are working with the police to support our students and prioritise their safety at all times.’

A North Yorkshire Police spokesman said they were supporting the North-East Counter Terrorism Unit with investigations and searches.

The spokesman said: ‘Officers believe that this is an isolated incident and the wider community are not at risk.

‘We appreciate the cooperation of local residents whilst the investigation continues.’ 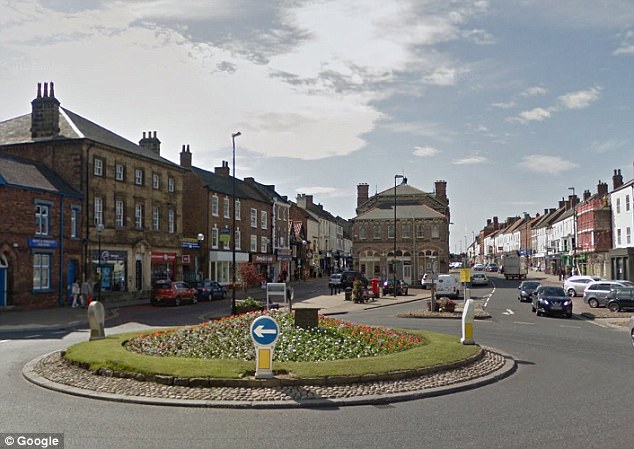 A West Yorkshire Police spokesman added: ‘We understand that people may have concerns as a result of this activity and we are grateful for the patience and understanding of the public while these enquiries are carried out.’

A spokesperson for North East Counter Terrorism Unit has this morning MON confirmed the two teenagers remain in custody.