Hundreds of taxis have blocked Castellana Avenue, a major road in the Spanish capital of Madrid as part of an anti-Uber protest.

The week-long demonstration finished today as police cleared the protesters away.

Cab drivers have protested against the growth of app-based ride-hailing services that they say threaten their livelihood.

This morning, police have cleared the taxis away, saying that there were no significant clashes and that nobody was arrested.

Spanish cab drivers want the regional government to impose tighter regulations for rides hailed through apps such as Uber and Cabify.

In Barcelona, local authorities can now modify regulations to require app-based rides to be hired up to one hour in advance.

Spanish taxi drives block the Castellana Avenue, one of the longest avenues in Madrid, Spain 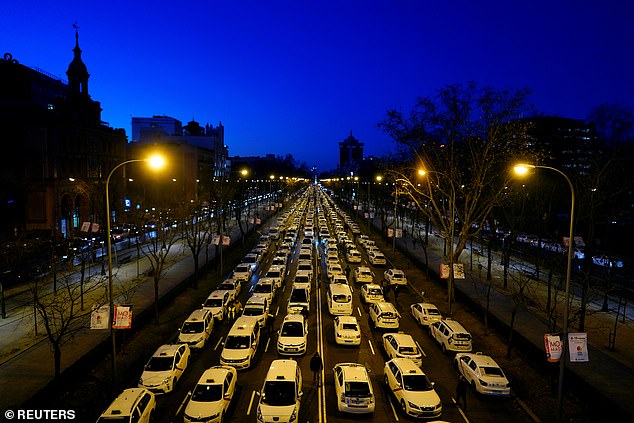 They disrupted traffic also in the early hours of Monday, when many people commute to work 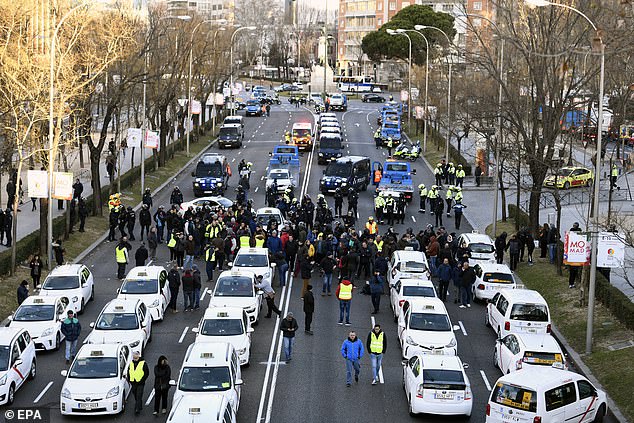 This morning, police officers and municipal tow trucks cleared the area and some drivers went on foot to protest at the headquarters of the conservative party ruling the Madrid region 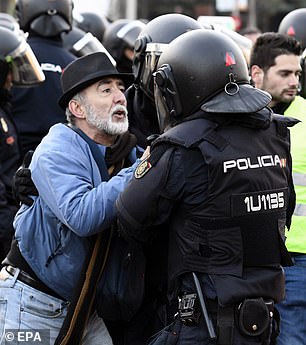 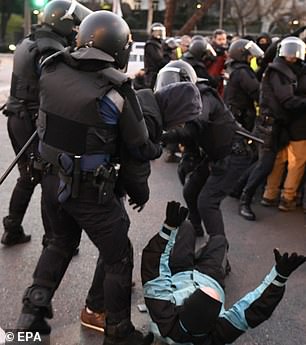 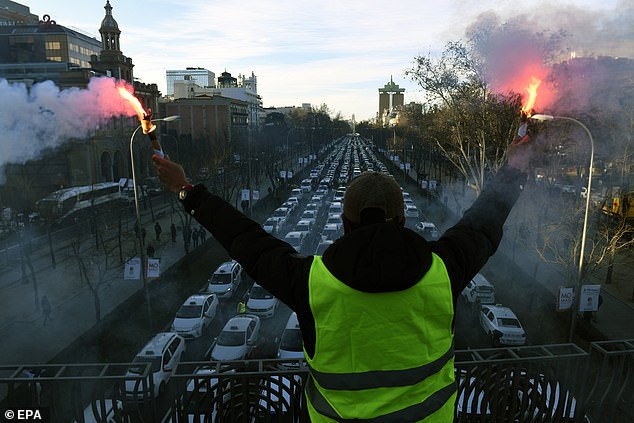 Uber and Cabify have threatened to drop their operations in Spain’s second-largest city, where they say 3,500 jobs would be at risk.

Self-employed drivers working for the two platforms are also protesting in Barcelona, urging the Catalan government to halt the new regulations.

In Madrid, authorities have rejected any compromises that would wipe out competition for the taxis. 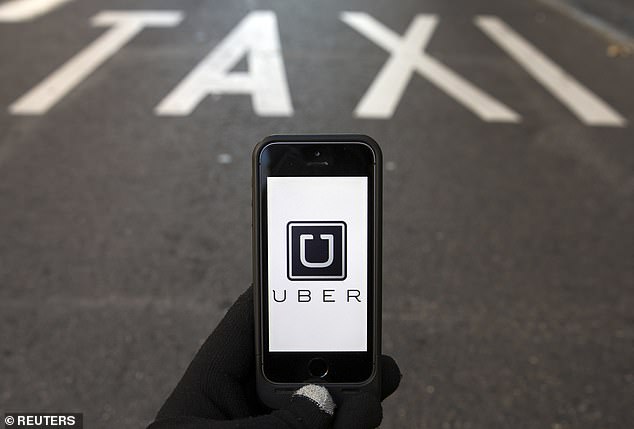 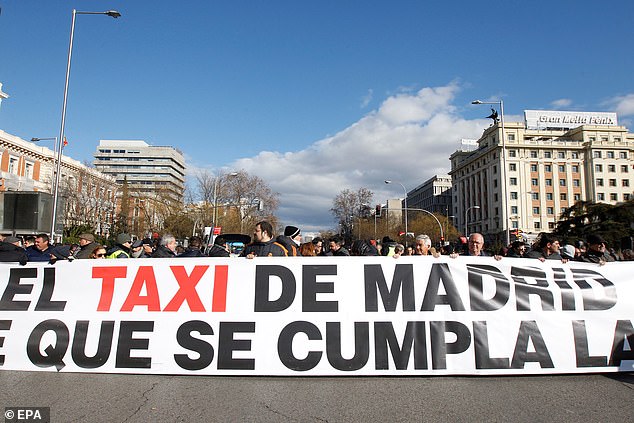 A photo from yesterday’s protest in Madrid. The taxi sector continued striking after regional authorities turned down their proposals to regulate app-based rides such as Uber and Cabify

Over the weekend, taxi drivers moved their protest from the outskirts of the city to Castellana Avenue, one of the longest avenues in Madrid.

Traffic was blocked this morning, when many residents commute to work, until police unblocked the street.

The drivers then moved on foot to protest at the headquarters of the Conservative Party ruling the Madrid region.