Rallies were held at Campbellfield Plaza carpark and The Glen Shopping Centre carpark on Saturday protesting against mandatory vaccines and lockdown.

The locations of the rallies were shared on an encrypted Telegram group with close to 8000 subscribers able to view the message.

‘If you need an excuse, you’re shopping within your 15km,’ the post read.

Several arrests were made. 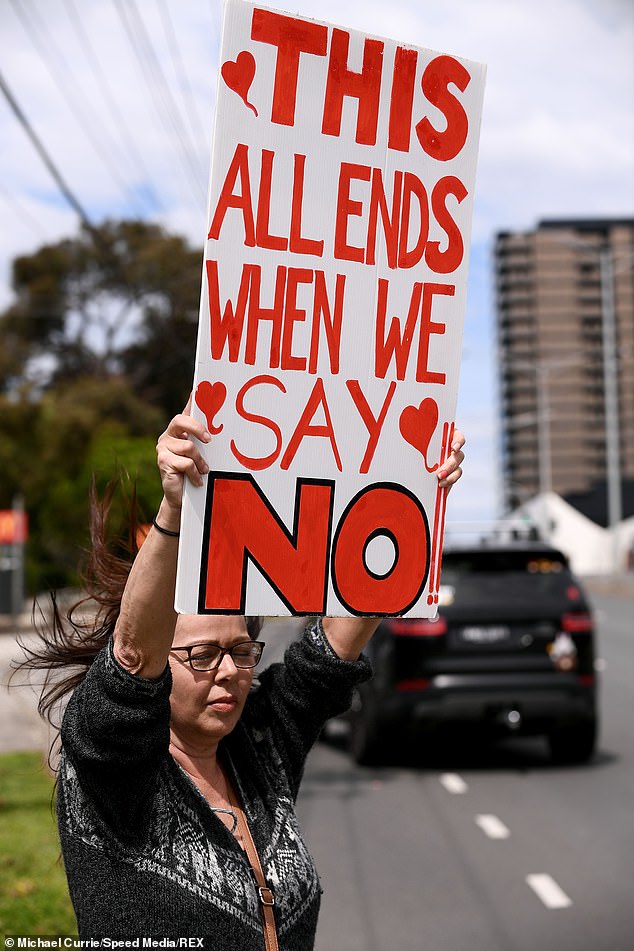 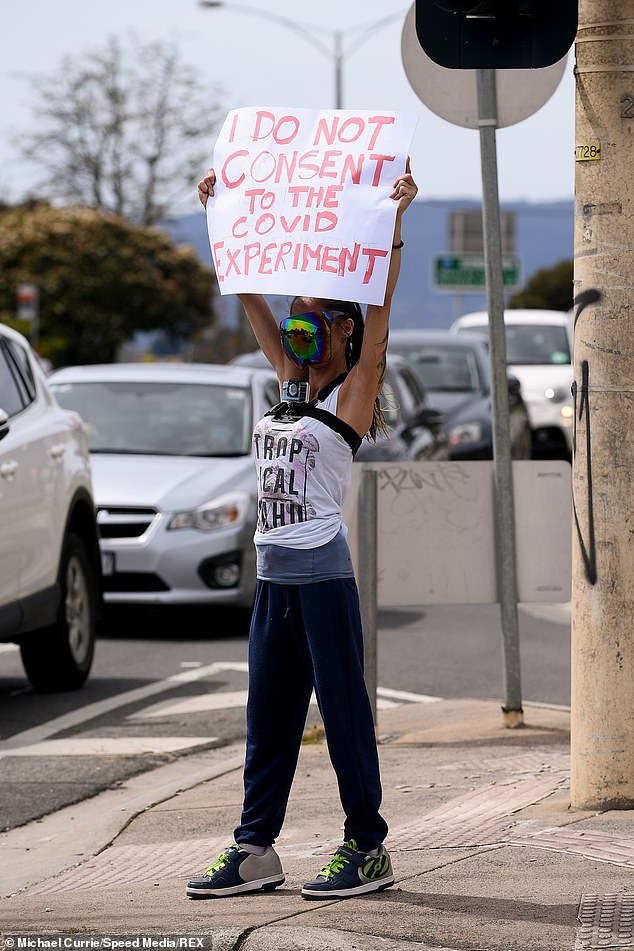 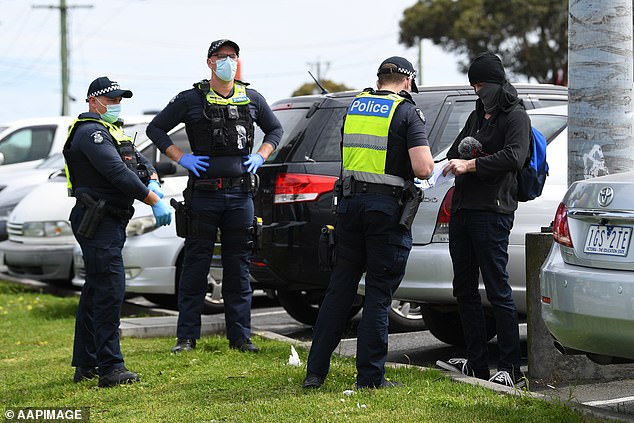 Those attending the protest were told to park in or nearby the car parks to blend in.

Police attended the protests and were checking IDs at Campbellfield Plaza.

Many held up signs to passing traffic.

The roadside demonstration began around midday, with the ‘roadside rebels’ encouraged to ‘wear white to unite’ in the Telegram messages.

Two new locations were organised by protesters to attempt to escape police at Eastland Shopping Centre and Epping Plaza.

A nurse who attended the Campfield protest and wishes to remain anonymous told the Herald Sun the group are ‘pro-choice’ and that she is not an anti-vaxxer.

‘Both my kids are vaccinated, I’m not a anti-vaxxer.’

‘The way (the government) is pushing the vaccine on people – it’s coercion, and it’s not right.’