People who have moved to Idaho to take advantage of lax rules around vaccination in schools have been referring to themselves as refugees.

Parents of school children reveal that they uprooted their families from states that require a religious or personal reason not to vaccinate their child, the strictest state being California, and many say they did so on the basis of obtaining medical ‘freedom’.

Idaho is only one of 15 states that allow exemption based on personal beliefs and parents simply have to fill out a form stating the reason why they won’t allow their child to be vaccinated.

But one of the more relaxed states, Washington, removed the exemption for the Measles, Mumps and Rubella (MMR) vaccine last year and in a series of six public hearings Idaho residents urged officials not to tighten rules.

People who have moved to Idaho to take advantage of lax anti-vaccination laws have been referring to themselves as refugees. Shalee Brindley, who left San Francisco in 2017, said at an August 2019 Idaho hearing: ‘I’m a mother. And I’m also a California refugee. I came here in search of medical freedom’

Nearly 600 pages of written testimony and several hours of recordings from the Idaho Department of Health and Welfare hearings show ‘refugee’ references. One parent referred to themselves as a ‘California Refugee’ and another say they ‘personally know a handful of these refugees very well’ from social media and social circles

‘I’m a mother. And I’m also a California refugee,’ Shalee Brindley, a Meridian resident who left San Francisco in 2017, said at a hearing in Boise in August 2019. ‘I came here in search of medical freedom.’

Nearly 600 pages of written testimony and several hours of recordings from the hearings in Boise, Twin Falls, Lewiston, Coeur d’Alene, Idaho Falls and Grangeville last year were obtained in an open records request by the Idaho Statesman.

Documents from the Idaho Department of Health and Welfare hearings show one person wrote: ‘I’m writing as a deeply concerned Parent & California Refugee, who had to pull my entire Family out of the State to protect them from Tyrannical Government. I will not stand by allowing Idaho to become a Socialist State.’

Another said: ‘It needs to be known that a very popular reason Idaho has been the most moved to state in the country two years in a row, is medical freedom! Many are SB277 refugees. I personally know a handful of these refugees very well…’

A licensed civil engineer with a master’s degree from Stanford University, said he moved ‘for the freedoms of this state’ and that he would ‘defend it with my life and my weapons’.

‘This state is the fastest-growing state in America. And I think it’s because the few people that have a brain left are coming here,’ Lou Munilla testified in North Idaho. The father-of-four added: ‘We are not ignorant rednecks.’ 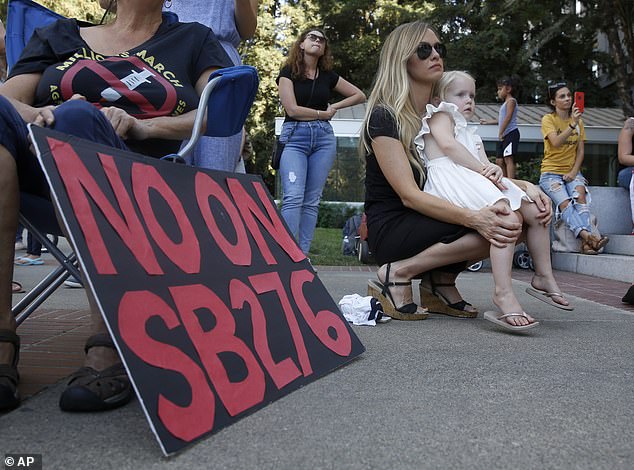 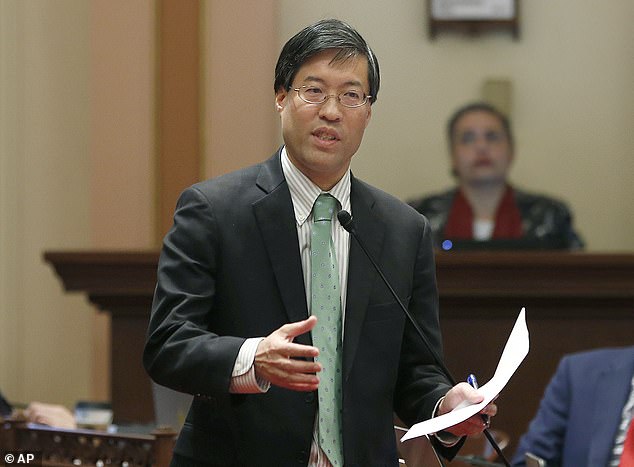 Sen. Richard Pan (D-Sacramento)’s SB 276 was signed into law last March. California and Washington no longer accepted personal beliefs as a reason for exemption. Parents must offer proof of a religious or medical reason

Pan’s spokeswoman, Shannan Velayas, was quoted by the Los Angeles Times as saying her boss has routinely been targeted by anti-vaccine activists since he introduced a bill in 2015 creating strict vaccine requirements for school children.

She said his more recent bill to further tighten vaccine laws has prompted a new round of threats.

However Sarah Walton Brady complained at the hearings that people with ‘a different voice in this discussion’ are ‘ridiculed, made fun of,’ and subject to ‘censorship and bullying’. 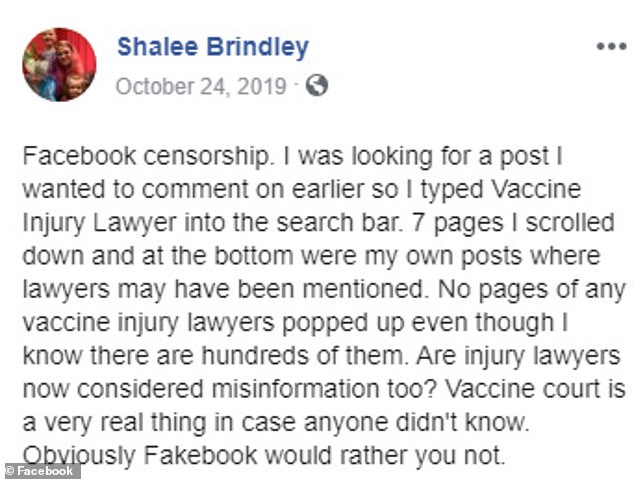 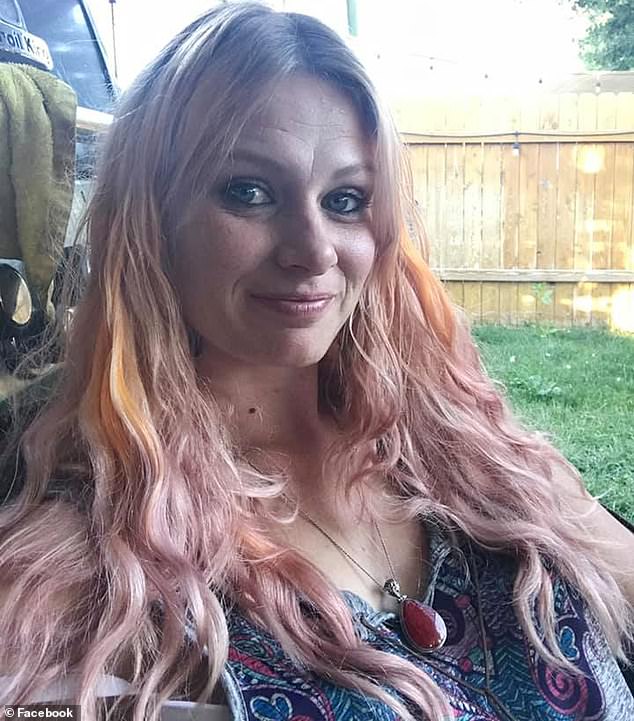 Some parents have claimed they’ve been censored in their anti-vaccination views. Shalee Brindley is pictured

Last November comedic actor Rob Schneider appeared to agree. He went on a Twitter rant in support of anti-vaxxers.

He shared stories of parents angry their child’s medical exemption for vaccinations was reversed when Sen. Richard Pan (D-Sacramento)’s SB 276 was signed into law last March.

Those California parents claimed their children were forced to leave school because of their opposition to compulsory vaccines and many said if illegal immigration is protected by a sanctuary status so can the rights of parents.

Announcing that he would be donating $10,000 to New York children who have been kicked out of public schools by the ‘cruel Gov and New York Legislators’ he urged followers to help parents pay for home schooling and claimed ‘medical segregation’ was occurring. 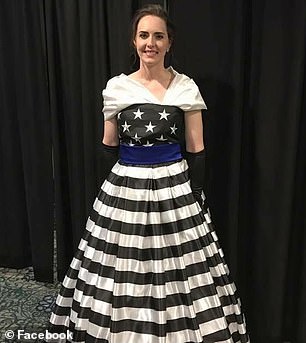 Sarah Walton Brady complained at the hearings that people with ‘a different voice in this discussion’ are ‘ridiculed, made fun of,’ and subject to ‘censorship and bullying’

‘Parents, Educators, Other Students STAND UP AND SAY NO TO MEDICAL SEGREGATION OF KIDS!’ LA-based Schneider tweeted.

But California Senator Pan previously explained: ‘If you wonder, why do we pass these bills, It’s because we don’t want people to catch these diseases.

‘Medical freedom is not (about) having to end up in a hospital because you got a preventable disease. … I want the right to be able to have my kids safe in school.

‘People can home-school or get independent study through public schools if they don’t want to vaccinate their children.’

Some people in the hearings somewhat agreed with Pan.

A school nurse wrote: ‘I have three students who are medically prohibited from receiving immunizations, and their parents have to be ever vigilant that they are not exposed to certain communicable diseases that could put their lives at risk.

‘Luckily, because our immunization rate is high, they will most likely be protected from those diseases. However, if requirements are loosened, this will not remain the case.’