Antidepressants can make you gain weight, new research has found

Antidepressants can make you gain weight: Study finds those taking drugs to treat depression are 20 per cent more likely to pile on the pounds

Taking anti-depressants can lead to weight gain according to researchers

Taking anti-depressants is likely to make you gain weight, a study says.

One expert believes the increased use of such drugs may even be a factor in Britain’s obesity epidemic.

Researchers found that patients prescribed the most commonly used antidepressants were, on average, 21 per cent more likely to put on weight than those not taking them.

People who stayed on the pills for two or three years were most likely of all to pile on the pounds, says the report from King’s College London.

Earlier studies had shown a risk of short-term weight gain at the start of a course of anti-depressants. But the new study, published in the British Medical Journal, shows that the risk continues.

When the King’s team analysed the health records of 300,000 UK patients from 2004 to 2014 they found the annual risk of weight gain (of 5 per cent or more) was 8 per cent for those not on anti-depressants and 11 per cent for those taking them.

But in the second and third years of treatment the risk for patients taking the drugs was 46 per cent higher and stayed that way for up to six years.

The group was was made up of patients in weight categories ranging from normal to ‘super-obese’ with a body mass index of 45 or more.

Report co-author Professor Martin Gulliford said: ‘These results should be set in the context of increasing body mass index in the general population.

‘The increasingly widespread use of anti-depressants may be contributing to long-term population weight gain with associated health risks.’

Lead author Dr Rafael Gafoor said the results of the study reinforced the need for ‘active, tailored and sustained body-weight management to go hand-in-hand with the prescribing of anti-depressant treatments.’

He added: ‘No patients should stop taking their medication and if they have any concerns they should speak with their doctor or pharmacist.’ 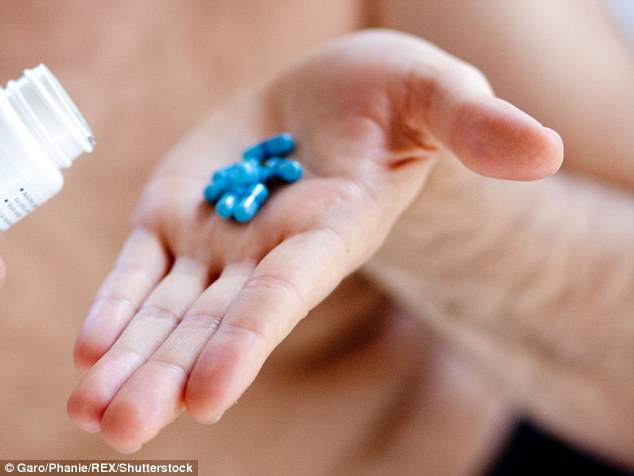