An antiques shop has been slammed after selling an ‘appalling’ haul of racist memorabilia including ‘N****R money banks’ and golliwogs playing musical instruments.

The items include a pair of what are described on their £65 price tags as ‘N****R money banks’ and the reviled children’s book The Story Of Little Black S****o for £23.

Also on display are ceramic figures of golliwogs playing musical instruments for £12 each and another offensively caricature-esque money bank of ‘Smilin’ Sam From Alabam’ for £52.

The final ‘offensive’ items are three sets of eight golliwogs playing musical instruments – for £10 each. 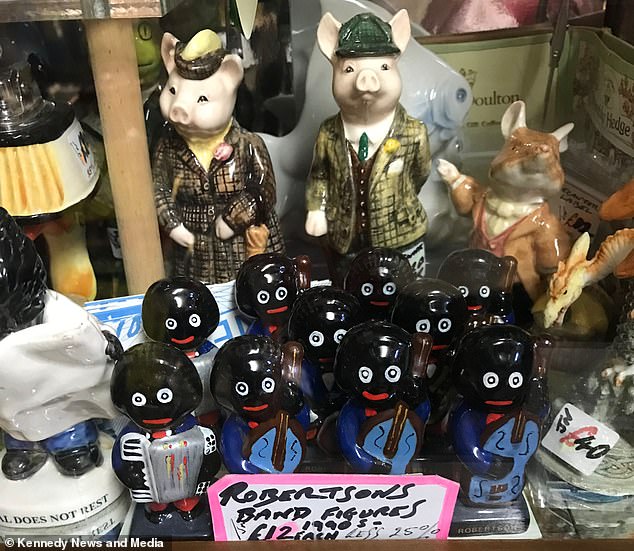 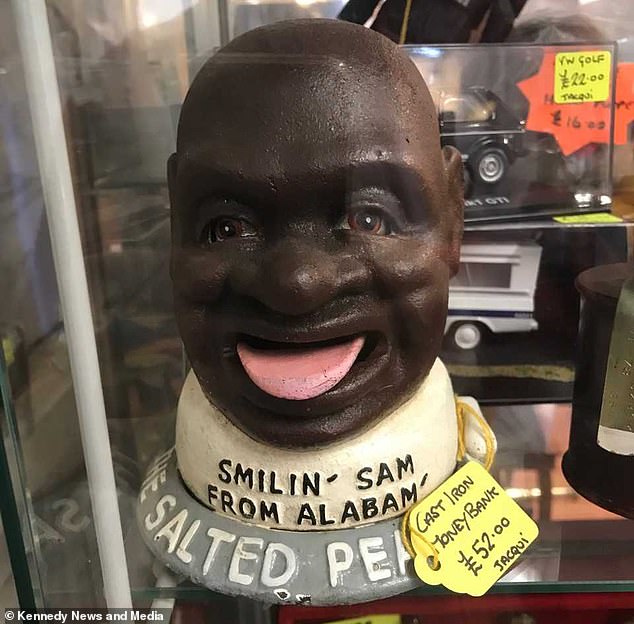 The collectables are openly displayed in glass cabinets in Memories Antiques in the centre of the Greater Manchester market town of Ramsbottom.

A spokesperson for anti-racism charity Hope not Hate said: ‘This is outdated, outmoded and offensive. We’re well into the 21st century, not the early 20th.

‘It’s appalling to use the N-word to describe anything.

‘It seems on the face of it pretty amazing that somebody in this day and age is still selling these things, particularly with that kind of terminology. 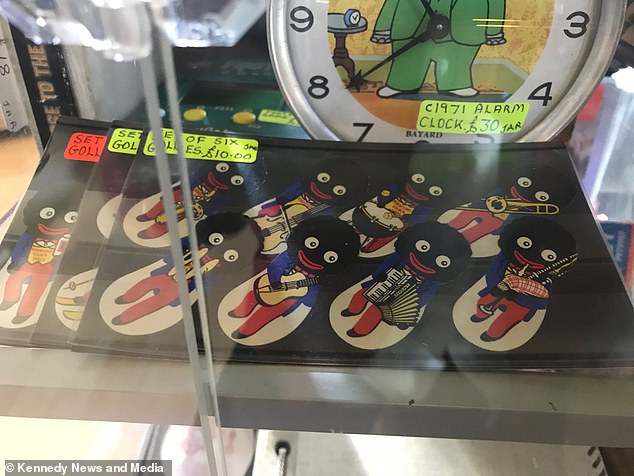 ‘It looks like an aberration. I suspect the owner will say these are antiques, but we’re not in that time now.

‘These golliwogs, no matter what people’s memories of them may be, represent something from an earlier era when there was greater ignorance.

‘People now know the suffering that black people and other minorities had to go through in the bad old days.

‘Take the Windrush Generation and the suffering they’ve gone through – in that context, today it doesn’t look appropriate and it certainly is outrageous to use the term ‘n****r’.’

The antiques store sits in a prime position in the town centre alongside tea rooms, restaurants and an equestrian store.

Shopper John Pearce said: ‘That word on its own is very inappropriate to use.

‘You don’t want to deny history but that word in its own right is not appropriate.

‘Those articles were made and at the time virtually nobody thought there was anything wrong with them, but it’s a statement on our history that we’ve hopefully evolved from there and changed our views as a nation.

‘I can fully understand why the majority of people would find that offensive.’ 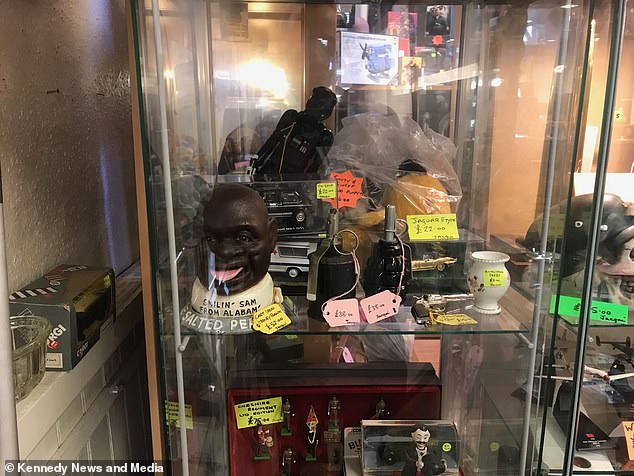 Memories Antiques have since confirmed that after receiving complaints from two other customers, they have chosen to remove the item from sale.

A spokesperson for Memories Antiques said: ‘Two ladies came to speak to me and I wasn’t aware of the item [being called that by the dealer]. One of the ladies came to say she was quite upset by it and I said I totally understand.

‘The money box was removed immediately.

‘That was the name of the item – it wasn’t intended to be offensive.

‘That’s the name it was called when it was first made in the 1930s or something like that.

‘[After the complaints] I said to the dealer ‘you must realise that is inappropriate in today’s society?’