In an empty dance studio in west London, Anton du Beke is reliving his most infamous and unforgettable Strictly Come Dancing moment – swinging former Tory Minister Ann Widdecombe (clad in canary-yellow feathers) around the floor by one arm and one leg in front of an audience of more than 11 million television viewers.

‘That was the most legendary moment in the history of Strictly,’ laughs the cashmere-jacketed du Beke as he recalls the jaw-dropping samba back in 2010 that has become the most viewed clip the show has ever produced.

‘We did it as a joke in rehearsals and she wanted to do it for real. I said, “No, no, Ann – we can’t do that live, my love. You’re a serious woman, a politician.” I was thinking of her reputation! But she absolutely insisted – in fact she forced me to do it. What no one could see was that as I was spinning her round she was screaming out “Wheeee!” Feathers were flying everywhere. The audience was roaring, the judges were sitting there stunned, even the cameramen were shaking with laughter. It took every ounce of discipline for me to keep a straight face but it’s the one moment everyone still talks about.’ 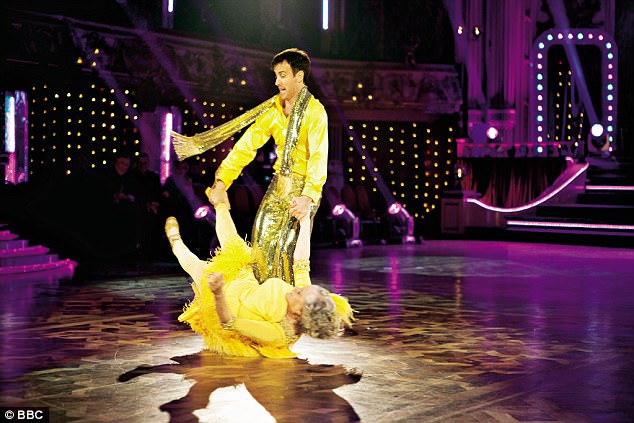 Anton with his most memorable partner, Ann Widdecombe, in THAT samba in 2010 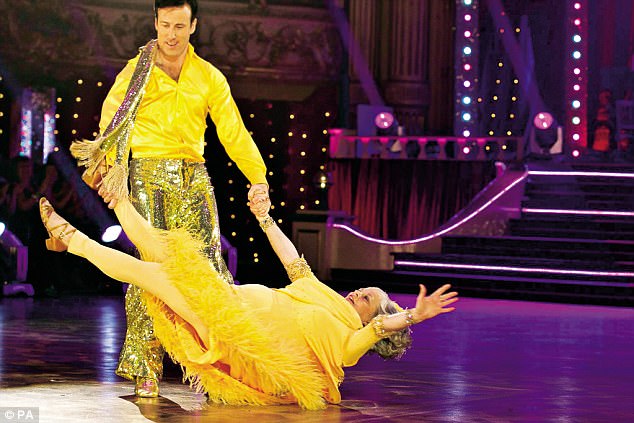 ‘We did it as a joke in rehearsals and she wanted to do it for real. I said, “No, no, Ann – we can’t do that live, my love. You’re a serious woman, a politician.” I was thinking of her reputation!’ 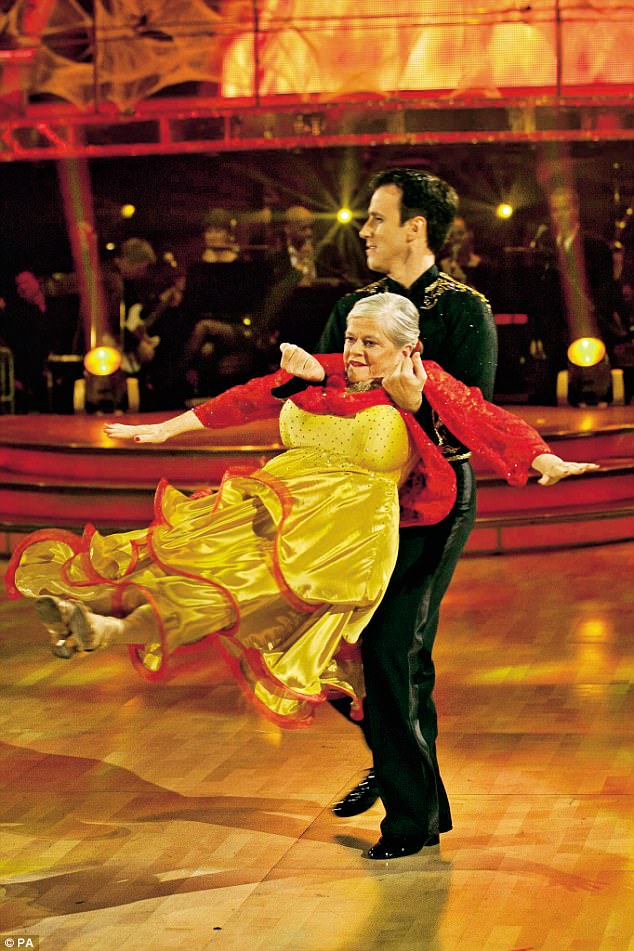 But she absolutely insisted – in fact she forced me to do it. What no one could see was that as I was spinning her round she was screaming out “Wheeee!” Feathers were flying everywhere

This year he has been partnering Ruth Langsford, although they were knocked out of the contest last weekend. ‘I was disappointed we didn’t make Blackpool,’ he says. ‘I felt like Ruth still had a couple of dances in her and I’d have loved her to experience dancing there.’

Over the years du Beke has helped put Strictly on the map – and what the programme has done for him and a whole host of penniless dancers is nothing short of a miracle.

Before joining the show, the 51-year-old was struggling to make ends meet, working as a baker in the morning and selling second-hand furniture in every spare hour to pay for his passion as a ballroom dancer. ‘I had holes in my shoes. I had a couple of shirts, one that was double-cuffed and so small I had to turn down the second cuff just to reach my wrist. Every £10 I earned I spent £11 to keep dancing, so I was always in debt,’ says du Beke, who then went by his real name, Tony Beke. ‘Life wasn’t tough, it was brutal.’

Now his life has changed beyond all measure. Du Beke and Brendan Cole are the only two dancers who have been with Strictly since the beginning in 2004. Such is his popularity, he has gone on to front the TV shows Hole In The Wall and Step Up To The Plate. His dance tours, with his partner Erin Boag, are sold out as soon as tickets go on sale. He is a new father to eight-month-old twins by his wife of six months, Hannah Summers, and he is about to release his debut album From The Top – a collection of his favourite swing songs backed by a 26-piece orchestra, which is particularly poignant because it is an album that would never have been made without the support of his greatest mentor, Bruce Forsyth. 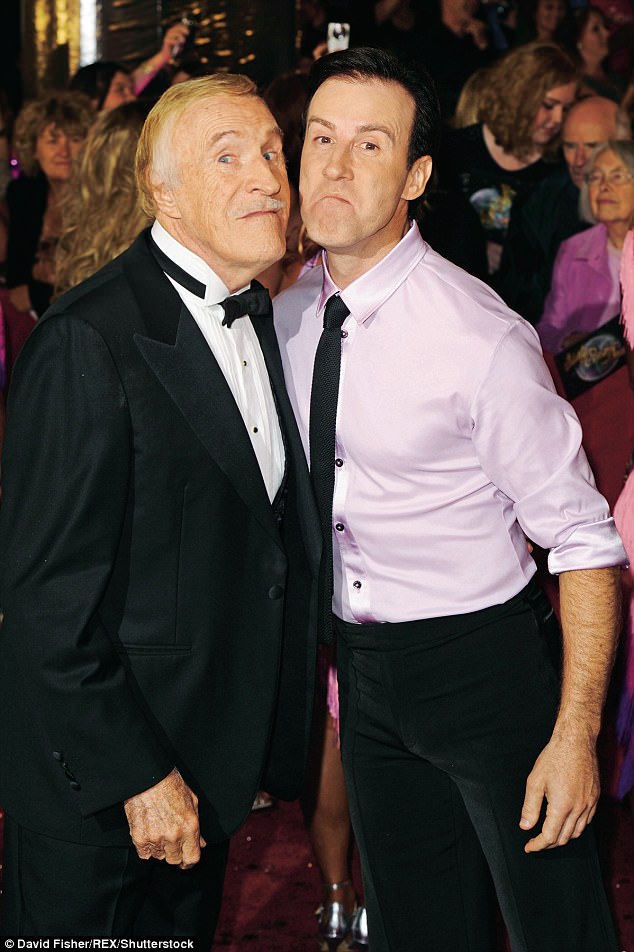 Anton with the late Bruce Forsyth, who he says was his friend, golf buddy and father figure

‘It’s hard even now to talk about Bruce,’ he says. ‘He gave me confidence, he gave me support and he gave me a hell of a lot of laughs. He was my friend, my golf buddy and he championed me because he knew I loved to sing and we both loved all the old-school singers from Frank Sinatra to Sammy Davis Jr. When I first auditioned for Strictly the biggest reason I wanted in was because Bruce was on it. He used to joke I was his son because we look a bit alike with the big chin. He was very excited for me about the album. It’s sad he never got to see it finished but I can’t listen to the songs on it without thinking of him. It’s my tribute to him.’

It’s unsurprising Forsyth became a father figure to du Beke. Du Beke’s own father, a Hungarian-born waiter called Antal, was a brutal alcoholic whose relationship with the dancer was ‘non-existent’. He died in 2001, three years before the launch of Strictly. Du Beke is reluctant to talk about his difficult upbringing in Sevenoaks, in the home he shared with his Spanish mother, Ascensión, along with his sister Veronica and brother Stephen, who is 14 years his junior.

‘My dad was an alcoholic. I saw that exactly for what it was. I didn’t feel I needed to change my life in any way because of him. He was who he was and he did what he did. I had no relationship. I did my own thing. My mother was an incredible woman, so she was the one who had the influence on me.’ ( His mother – who now lives in Spain – is a regular visitor to the Strictly studios.) 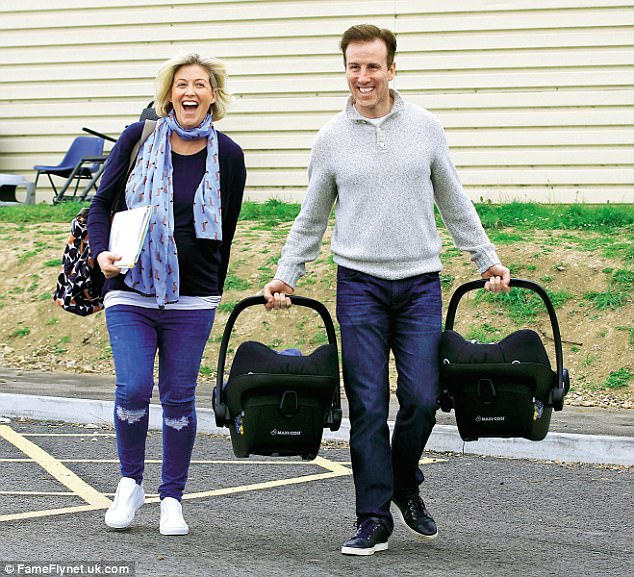 With wife Hannah and their eight-month-old twins

Du Beke says he became obsessed with ballroom dancing at the age of 14 after picking up his sister from a dance class. He adored the old-fashioned songs, the immaculately turned-out retro style (‘I loved the way Bruce dressed. Never a hair out of place, everything ironed, everything perfect’) and says: ‘What I fell in love with was the fact there were rules and form to this world that just made perfect sense to me. I don’t like chaos, I don’t like mayhem. Ballroom wasn’t fashionable in the Eighties when I started dancing, but it was something I wanted in my life.’

He never touches alcohol but says this has nothing to do with his dad. ‘I tried it and didn’t like it. It made me sick. Plus it’s not good for being a dancer. You have to keep strong, you have to keep fit. Being a ballroom dancer is the toughest choice you can make in life.’

Really? Twirling around the dancefloor in satin and sequins doesn’t exactly sound like toiling at the coalface. He shakes his head. ‘When I was doing dance competitions I had to be like granite. The competition is insane. More fierce than tennis, golf, football – those things just don’t compare. You live to dance competitively. You don’t get money. You have to fund yourself travelling all over the world to compete. And when you win you just get a trophy. It means you might get more work in performances or as a coach but there’s no money in it. Which is why these guys are so competitive. You don’t speak to your competition, you don’t acknowledge them. You have to be so pumped up to compete and all you want to do is win. I cried when I was knocked out of the UK Champions competition in Bournemouth. But I never gave up. I never crack.’

Du Beke reveals that it was this intensely competitive spirit that altered the original concept for Strictly. ‘The original name of the show was Pro-Celebrity Come Dancing. Bruce told me later that he thought the original plan was that it was going to be a sort of Generation Game with a bit of dancing thrown in.

And then they brought in the pro dancers. ‘I was there with Brendan [Cole]. We’d just come back from a competition in China. We were all pumped. We streamed into the studio and took hold of these amateurs and all of us were 100 per cent focused on teaching them to dance. We knew what we were doing and we just started moving around the dance floor. I don’t know if that swung it but the idea for the show then became what it is now, where the pros teach the celebrities.’

After Forsyth retired from the show in 2014, there were rumours that du Beke would fill his shoes as the show’s host. And when head judge Len Goodman quit last year, he was tipped as his successor. He shrugs. ‘You can’t get into thinking like that. I’ve only ever wanted to be part of the show. I’ve had incredible partners from Ann to Jerry Hall and Lesley Garrett. It’s never about who’s the best dancer. It’s always about who’s the best person to be with, and I’ve been very lucky with my girls.’ 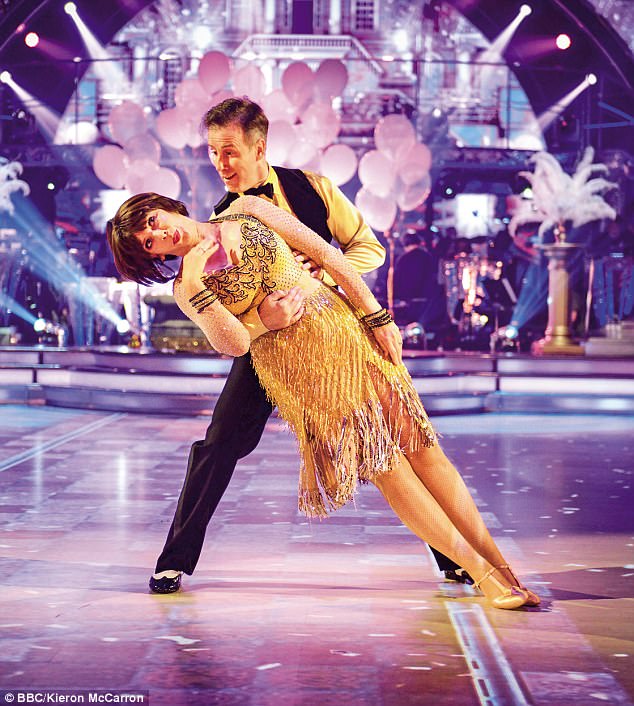 Anton Du Beke with this year’s partner, Ruth Langsford. Anton says, It’s always about who’s the best person to be with, and I’ve been very lucky with my girls’

Girls aside, it is Forsyth who has cast the longest Strictly shadow over his life. As a boy, du Beke sang in school and continued to sing for pleasure, making it part of the shows he does with Boag. But it was Forsyth who encouraged him to keep on performing, singing with him on Strictly, watching him and giving him endless tips on how to improve.

‘After the first series, Bruce asked me and Len to play golf with him at Wentworth. We both went to his house. We stood outside his door looking at each other, thinking, “How can an old dancer from Bromley and an old dancer from Sevenoaks be standing outside Bruce Forsyth’s house?”

‘The last time I spoke to Bruce, we chatted on the phone and he told me he was going to get better. He was going to beat his illness. Three weeks later I was in the studio at Strictly with all the dancers in rehearsals. We were told Bruce had passed. The music stopped. It was the one day the dancing stopped. We all went home. I can’t even remember getting home because all I could think about was this wonderful man who I was lucky enough to call my mate. I know he would have been so incredibly proud of this album. And when I listen to it, I tip my hat to Bruce because he absolutely helped change my life.’

‘From The Top’ is out on Polydor Records on Nov 24