The incendiary receiver, 33, was thrown out of the Tampa Bay Buccaneers’ joint practice with the Tennessee Titans after punching Chris Jackson.

During one-on-one drills, bad-tempered Brown ripped off Jackson’s helmet, the pair exchanged views and Brown connected with a left hook.

The Tampa Bay Times’ Rick Stroud tweeted that an angered Brown was furious after an incompletion in the end zone. He told cornerback Jackson: ‘Don’t hold me out here.’ Jackson responded: ‘Don’t push me in my face.’

So Brown punched it. 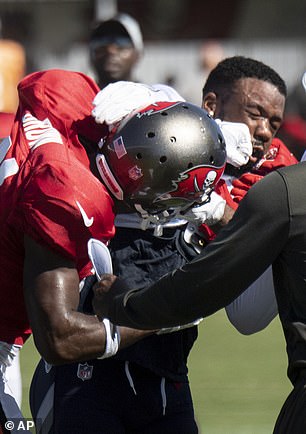 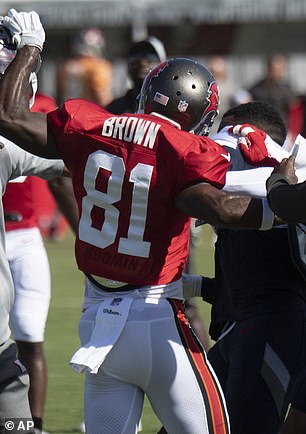 The situation was calmed down by Titans cornerback Kristian Fulton and Bucs coaches. Brown was booted out of the practice and returned later for seven-on-seven drills, but the enmity remained.

The skirmish was one of four on Thursday and comes before the teams play their second preseason game on Saturday at Raymond James Stadium. 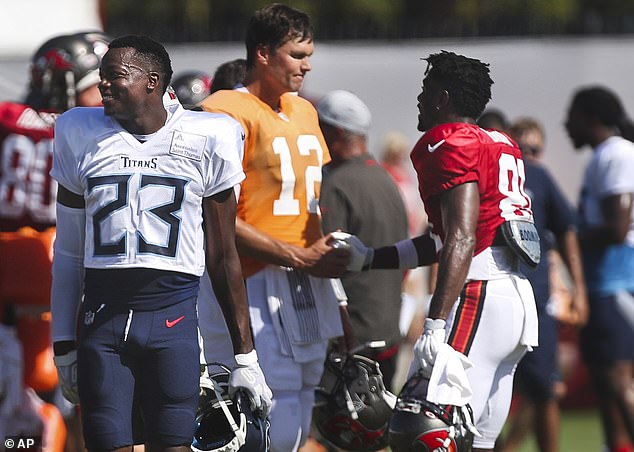 ‘Obviously it always happens when the flyers and the gunners get together, something starts. But it was spirited, it was great practice and I really appreciate the Titans for coming down here and helping us get better, and hopefully we made them better.’

A sixth round pick in the 2010 draft, Brown spent the first nine seasons of his career in Pittsburgh and was All Pro for four straight seasons from 2014. 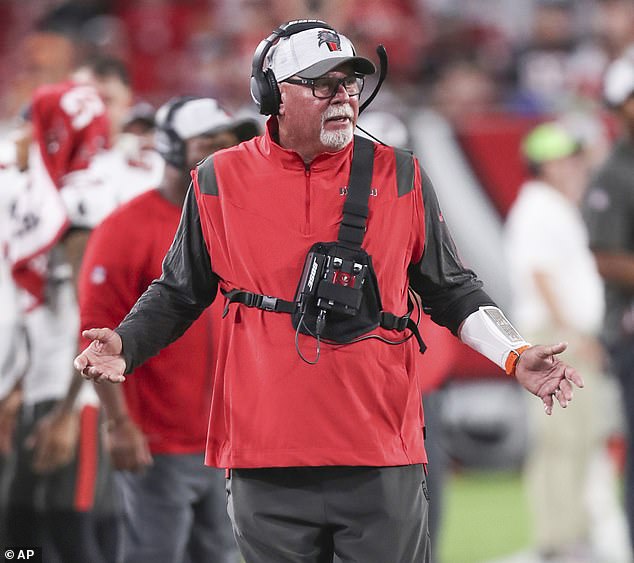 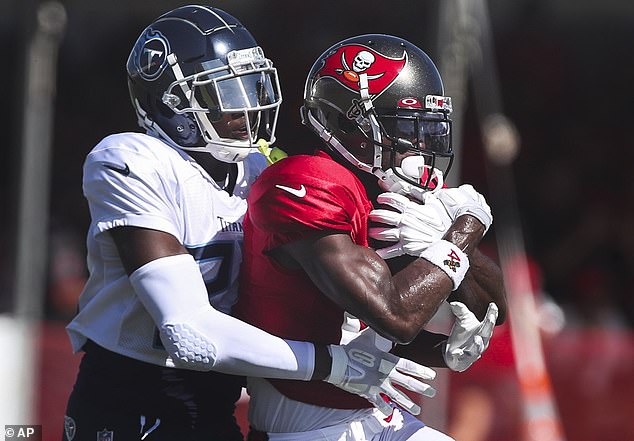 But his undeniable talent came with a caveat and he left Pittsburgh under a cloud.

In January 2017 he posted a live video from the locker room after the Steelers reached the AFC Championship game, sharing the thoughts of head coach Mike Tomlin about the New England Patriots to the world. The Steelers lost in New England the following week.

That April he was sued by the family of a 22-month-old child after almost hitting the infant with furniture he lobbed from the 14th floor of his Florida balcony. He reached a settlement in 2019.

Towards the end of the 2018 season he fell out with Steelers quarterback Ben Roethlisberger for skipping practices.

He requested a trade and moved to the Oakland Raiders in March 2019 for a short but equally turbulent spell. Brown argued with the front office over the use of a helmet and refused to play while sharing his opinions on general manager Mike Mayock. 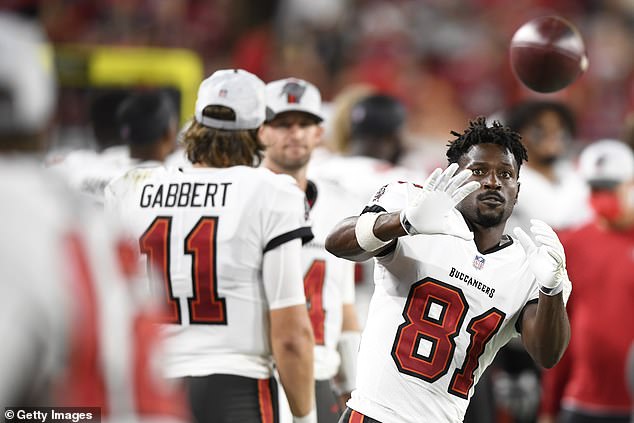 He requested to leave and was picked up by the New England Patriots in September. But after one game, he was cut by the uber-conservative Patriots for sexual assault allegations.

A year ago, his future was uncertain after serving an eight-game ban for violating the NFL’s personal conduct policy.

Brown reached a settlement with former trainer Britney Taylor, who had accused him of sexual assault in a civil suit filed in 2019.

Tom Brady was instrumental in bringing him to Tampa Bay last season for eight games. He caught 45 passes for 483 yards and four touchdowns – and won his first Super Bowl.

Brown signed a new one-year deal with the Bucs worth $6.25 million, with $3.1 million guaranteed.