Antonio Conte has cancelled Inter Milan’s usual press conference due to a letter being published in Corriere dello Sport.

Conte, whose Inter side were knocked out of the Champions League this week but top Serie A, was meant to have his pre-match chat with journalists to preview Sunday night’s game against Fiorentina.

But a letter published in the newspaper led to the former Chelsea manager deciding against speaking to the media.

The letter said: ‘Hello Mr Italo (Cucci), I enjoyed (can we say that?) seeing the great Inter being outclassed by Barcelona’s reserves.

‘It was a game that showed how the coach should play’.

Inter released a statement on Saturday: ‘Yesterday, from the Corriere dello Sport, an offensive letter was published against our coach’.

They then added that to give a ‘signal’ to the media that people need to be respected, they would not hold the press conference.

Conte is said to have been angered by the letter being run in the Italian outlet. 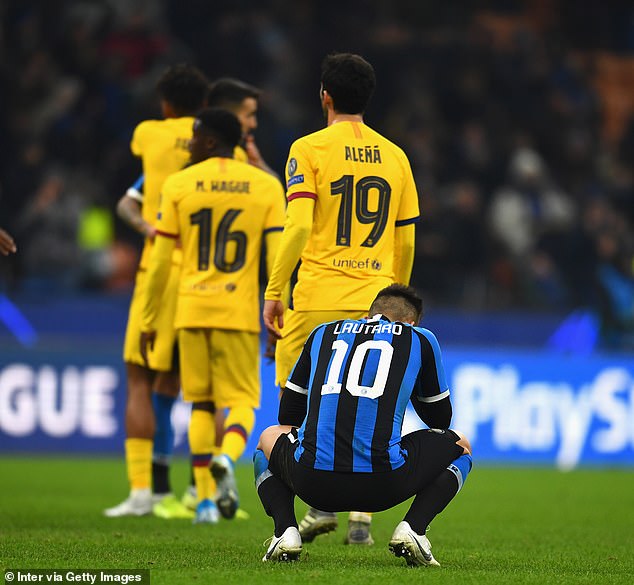