Spurs boss Antonio Conte is ‘absolutely’ sure Richarlison will be fit for the World Cup despite picking up a calf injury against Everton on Saturday, although the Brazil star and Dejan Kulusevski will both miss Wednesday’s game against Man United

Antonio Conte has confirmed that Tottenham and Brazil striker Richarlison will not miss the World Cup though injury after he picked up a calf injury against Everton at the weekend.

The injury was a setback on an otherwise solid day for Spurs, as they continued their impressive start to the season with a 2-0 win that keeps them third in the league and level on points with Manchester City.

Speaking ahead of Tottenham’s clash with Manchester United on Wednesday night, Conte said: ‘Richarlison is doing a scan, an MRI and then we’ll see how long he needs to recover. For sure against United he is not available.’ 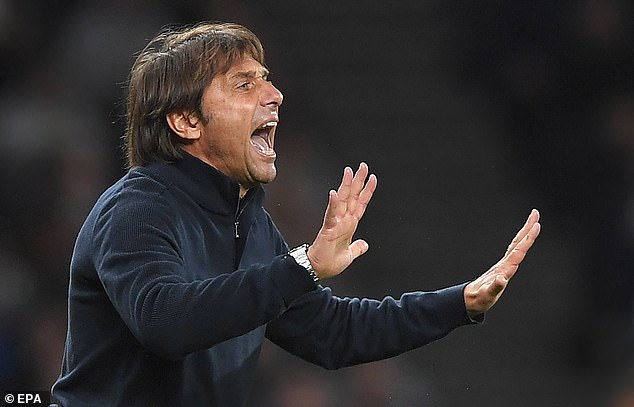 ‘It’s an injury but not so serious. He has a problem in his calf. I think he needs a bit of time to recover and then to be fit. I hope for him to play other games with us before the World Cup.’

He also indicated that Dejan Kulusevski was approaching match fitness: ‘Kulusevski is working. We are going day by day with him. I don’t know about the game against Manchester United, the doctors are working with him.’

The Swedish midfielder had been expected to be fit for the Everton game last Saturday but faced a setback in his recovery. 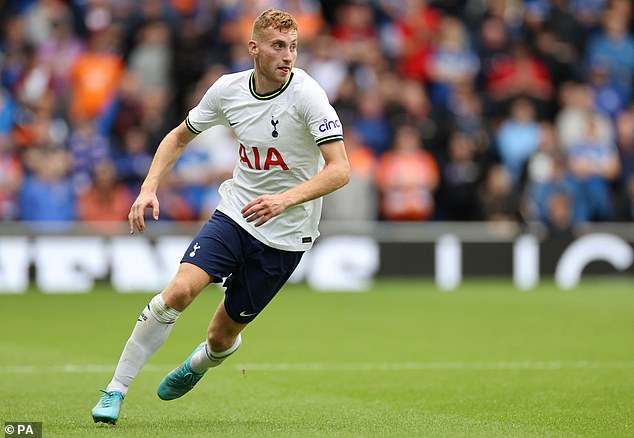 Conte continued: ‘It’s the same injury [hamstring]. The medical department are working to recover him but at the same time there are situations that you have to go a bit slowly and not accelerate the process. Sometimes if you do that you worsen the situation.’

In terms of shape for the United game, Conte hinted he is planning on sticking with his preferred 3-4-3, bringing either Ivan Perisic or Lucas Moura into the front three.

The manager was later questioned on his future at the club, but refused to be drawn on the matter.

My contract in this moment is not important,’ he said. ‘The most important thing is to prepare for the game and this period of games. Right now we need to be focused for these three big games ahead.

‘I have to speak to the club and we’ll speak about this situation and find the best solution for everybody.’