‘Only in Italy are we fixated on formations. I’ve coached in England and they don’t give a damn’: Antonio Conte SLAMS Italian press after Inter Milan boss’ tactics were questioned

Inter Milan boss Antonio Conte has lashed out at the Italian media for their ‘fixation’ with formations and explained that the press in England ‘didn’t give a damn’.

The former Chelsea coach had kicked off his tenure at the San Siro with a three-man defence, and was questioned before Inter’s Champions League showdown with Slavia Prague whether he would change his system.

But Conte reacted angrily and instead highlighted the importance of focusing on his side’s character.

He said: ‘As long as someone says something on TV, everyone goes after it. I’ve played in three Champions Leagues, but I always did so with new creations.

‘Instead, others have with teams who are already established. That’s what we can say to pundits. Everyone here thinks I win whatever I touch, but it’s not true.

‘Only in Italy are we fixated on formations. I’ve coached in England and they don’t give a damn over there.

‘I want to see bravery and intensity, the things we’re trying to propose. The rest is all rubbish.’ 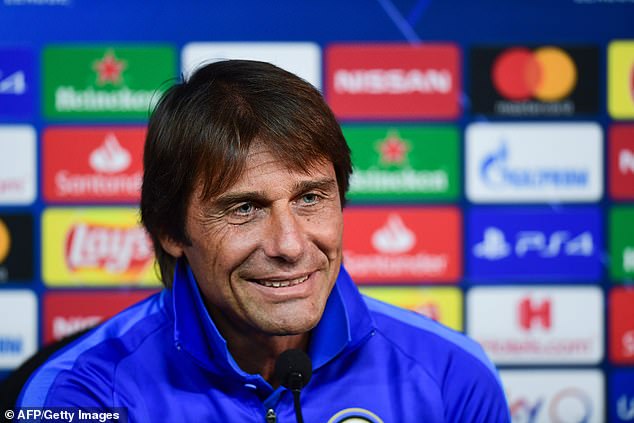 Conte has coached the Italian giants to three consecutive Serie A victories, leaving his side two points clear at the top of the table.

But the enigmatic tactician will now focus on guiding the club through the group stage of the Champions League.

However, in order to reach the first knockout round, Inter will likely to have secure a handsome amount of points to better the efforts of fellow competitors Barcelona and Borussia Dortmund in Group F. 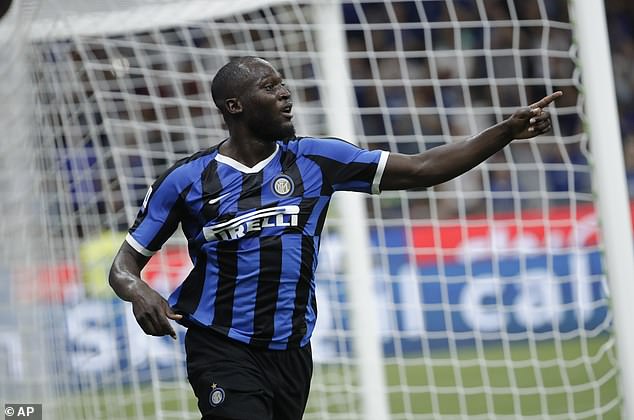 The summer arrivals of Romelu Lukaku and Alexis Sanchez from Manchester United have significantly strengthened Inter’s attacking arsenal, but Conte explained he would make a late fitness call for the prolific Belgian frontman.

He added: ‘As for Lukaku, there’s one more training session ahead of us and another 24 hours to make assessments.

‘Certainly, if he plays it’s because he gave me the necessary guarantees. It’s not right to set limits because that would mean having excuses.’