Antonio Conte warns his Inter Milan side of complacency

‘We have to be very careful because it’s inevitable relaxation can set in’: Antonio Conte warns his Inter Milan side of complacency after winning seven of their last nine games

Inter Milan coach Antonio Conte warned his players that he won’t accept any complacency when they face relegation strugglers SPAL in Serie A on Sunday.

Conte’s side go into the game at San Siro on a high after their 3-1 win away at Slavia Prague in the Champions League on Wednesday, continuing their impressive run of form.

Inter have won seven of their last nine games in all competitions and are one point behind league leaders Juventus. But Conte underlined that 19th-placed SPAL will provide a sterner challenge than the standings might suggest. 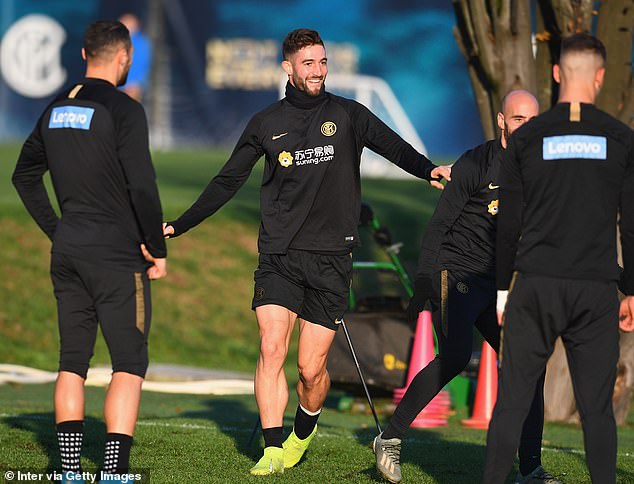 ‘SPAL use the same system as us and adopt many of the same tactical situations that we do. They are an organised team with a fine coach in Leonardo Semplici,’ he said.

‘We have to be very careful, because after important games like Slavia Prague, it’s inevitable some sense of relaxation can set in.

‘That absolutely must not happen, and I’d be extremely disappointed if that were to happen tomorrow.’

The flourishing strike partnership of Romelu Lukaku and Lautaro Martinez stole the show in Prague, with Martinez scoring twice and Lukaku once. 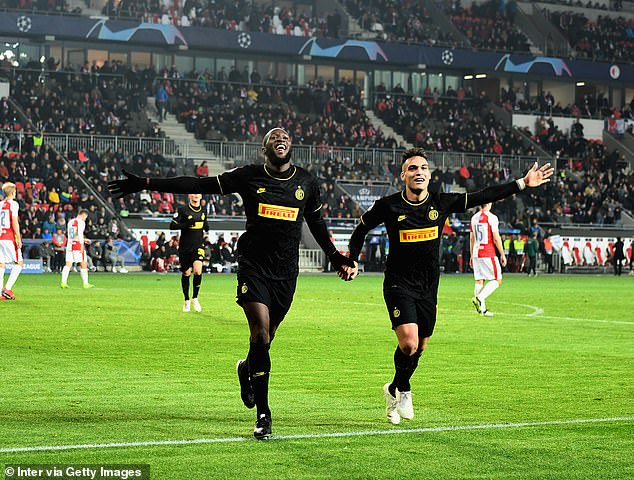 But Conte said he still expects more from his forwards.

‘They have grown a lot since the start of the season,’ he said. ‘They have worked hard, they are learning what positions to get themselves into. They are working to make the most of their characteristics, and they can both play as a centre-forward or a second striker.

‘At the same time, I should underline that scoring a goal is only the final part. It’s important, but there is also a big responsibility for them with and without the ball.’