Rudiger tweaked a groin during Saturday’s 5-2 win at Wolves – his first appearance of the season – and boss Frank Lampard has ruled him out at Stamford Bridge.

‘Toni is injured, he bothered by a small groin problem he’s been carrying so he’s out and he’ll have a scan,’ said Lampard. 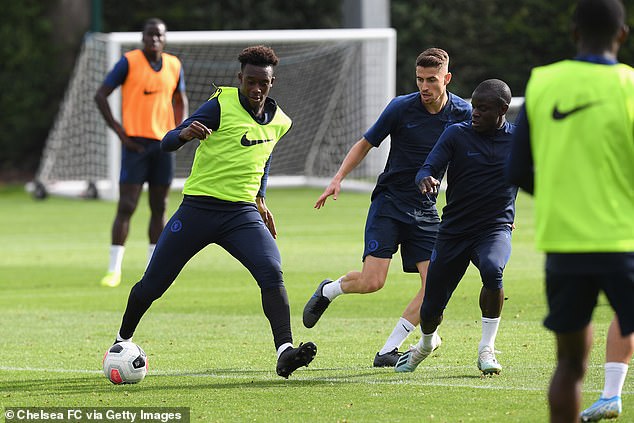 Lampard revealed N’Golo Kante and Callum Hudson-Odoi are ‘fit, but not match fit’, and so will not feature against the La Liga side.

Tammy Abraham thrust himself further into the spotlight with a hat-trick at Wolves which lifted him to the top of the Premier League goalscoring charts, but the youngster’s form has come as no surprise to Lampard.

‘I never had clear expectations for him apart from the fact that I believed in him and trusted him,’ he said. 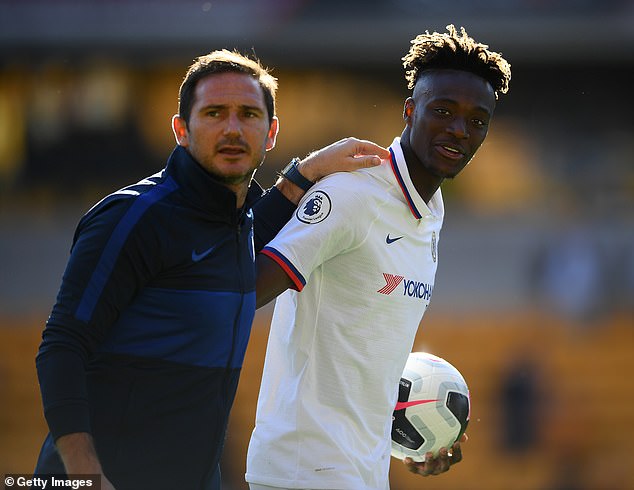 ‘I know a lot was made of the (transfer) ban giving opportunities for young players. But I thought now was his time.’

As for the possibility of England missing out on Abraham should he opt to play for Nigeria, Lampard added: ‘That’s not a question for me.

‘He has put himself in a bracket by being a top scorer in England. It is one for Gareth (Southgate) but it is clear Tammy will be wanted.’