Anxiety may cause dementia – and meditation or mindfulness could slash the risk, study finds

A decline in memory tends to occur at least 10 years after patients experience moderate-to-severe anxiety symptoms, such as restlessness or difficulty concentrating, a study found today.

Researchers, from the University of Southampton, believe ‘internal stress’ caused by anxiety may accelerate cognitive ageing, leading to dementia.

They wrote: ‘Talking therapies and mindfulness-based interventions and meditation practices are known to reduce anxiety in midlife [and] could have a risk-reducing effect [on dementia], although this is yet to be thoroughly researched.’

Around three million people in the UK are thought to suffer from anxiety. Dementia affects around 850,000, with Alzheimer’s disease making up between 60 and 80 per cent of cases.

Children as young as 13 are illegally buying the anti-anxiety medication Xanax on social media websites such Instagram, Facebook, and Snapchat, a charity warned in February 2018.

Another theory behind the anxiety-depression link is the mental-health condition causes inflammation that leads to brain-cell death and prevents the organ from creating new nerve cells.

The researchers wrote: ‘Whether reducing anxiety in middle age would result in reduced risk of dementia remains an open question.’

They add, however, doctors should look out for anxiety in potential dementia sufferers.

Anxiety does not necessarily cause dementia

Speaking of the findings, Dr Sara Imarisio, head of research at Alzheimer’s Research UK, said: ‘It’s important to remember that just because there is an association between does not necessarily mean that anxiety causes dementia.

‘Dementia is caused by a complex mix of risk factors including age and genetics, and although this study looked at dementia in people more than 10 years after being diagnosed with anxiety, we know the diseases leading to dementia can begin in the brain up to 20 years before any symptoms show.

‘Much more research is required to understand the mechanisms underpinning this link and to see if different forms of anxiety treatment could have any effect on dementia risk.’ 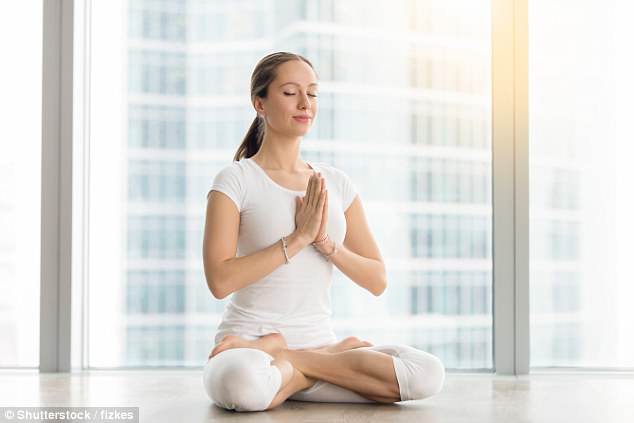 The researchers analysed four studies that investigated the link between anxiety and dementia.

Some 29,819 patients were included in the trial in total.

The findings were published in the journal BMJ Open.

Less than eight hours sleep is linked to depression and anxiety

This comes after research released last January suggested having less than eight hours sleep is linked to anxiety and depression.

Insomniacs are less able to overcome negative thoughts than those who get sufficient shut eye, a study found.

Being unable to nod off also reduces people’s ability to disengage from negative emotions, the research adds.

Study author Professor Meredith Coles, from Binghamton University, said: ‘We found that people in this study have some tendencies to have thoughts get stuck in their heads, and their elevated negative thinking makes it difficult for them to disengage with the negative stimuli that we exposed them to.

‘We realized over time that this might be important – this repetitive negative thinking is relevant to several different disorders like anxiety, depression and many other things.’