Anyone who films a partner during sex without their consent is guilty of voyeurism, Appeal Court judges rule

Anyone who films a partner during sex without their consent is guilty of voyeurism, Appeal Court judges have ruled.

It comes as a man convicted of the sexual offence failed to overturn his conviction for filming two prostitutes yesterday.

Tony Richards, 39, from Cardiff, had appealed against his conviction for filming two prostitutes on the grounds that the sex workers could not expect privacy from him if he was there legitimately.

Jon Rees QC, representing him, told the court that despite the two women not consenting to be filmed, they did not have a reasonable expectation of privacy if Richards was entitled to be in their rooms.

Richards had hoped to have two voyeurism charges under section 67 of the Sexual Offences Act dismissed because his lawyers argued that he’d committed no crime. 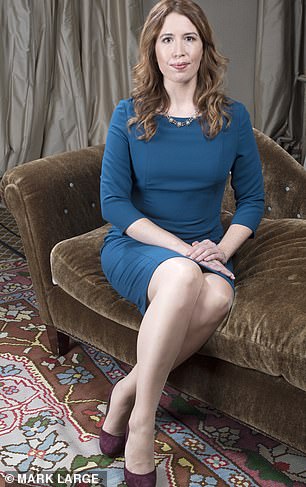 Tony Richards (left) had his appeal dismissed, which could have a knock-on effect for other cases, including that of Emily Hunt (right) who alleges that a man filmed her naked while she slept. The CPS previously decided not to prosecute the suspect

Richards was jailed for 15 months after being found guilty of two counts of voyeurism over secretly filming himself having sex with prostitutes and admitting three counts of possessing indecent images of children.

Dismissing his appeal, Lord Justice Fulford said those he filmed had a reasonable expectation of privacy.

The decision could have ramifications for other cases, including one in which another man filmed a naked, sleeping woman.

The Crown Prosecution Service (CPS) decided not to bring a prosecution against the man, who is said to have filmed Emily Hunt naked and unconscious without her consent in May 2015.

Ms Hunt launched a legal challenge last year against the CPS over the decision, raising money to fund her case through the CrowdJustice website.

But the Centre for Women’s Justice (CWJ), which represented Ms Hunt, said the CPS will no longer oppose her challenge and will review its earlier decision, following a Court of Appeal ruling in a different case on Tuesday.

Ms Hunt said in a statement that she now has hope the man who allegedly filmed her will ‘see justice and consequences for his actions’.

She added: ‘It has taken nearly five years to fight to get to this point. It should not take connections, education nor wealth to get justice.

‘This decision was the clear, obvious and common sense answer to a question that no-one else was asking: is it illegal to video someone naked without their consent? Because the answer is obvious: yes, yes it is. And today the court agreed.’

Ms Hunt was given permission by the court to intervene in the case after the CWJ learned that the CPS would be opposing Richards’s appeal.

Ms Hunt’s solicitor Kate Ellis said: ‘We welcome today’s decision and trust that the CPS who have fought this for so long will finally bring this man to justice.’

CWJ director Harriet Wistrich said: ‘We would like to know why the CPS chose to argue opposite points in two separate cases.

‘As a publicly funded body, they have a duty to act consistently and in the public interest.

‘In the context of significant reductions in the number of sexual offences prosecuted by the CPS, it is disappointing that they put limited resources into fighting cases for the sake of an argument where complainants have suffered significant trauma and deserve their cases to be put before a jury.’

A CPS spokesman said: ‘What constitutes a ‘private act’ for the purposes of the offence of voyeurism had never been conclusively defined by a higher court until today.

‘The CPS does not make or decide the law – that is the remit of Parliament and the courts respectively.

‘Now that this new authoritative judgment has clarified this point of law, the CPS will review its position in the judicial review brought by Emily Hunt.’