ANZ’s cash profit has plunged by five per cent to $6.5 billion after a turbulent year.

The fallout from the royal commission, the sluggish property market and simplifying operations has seen the bank’s cash profits drop for the first time since 2016.

ANZ’s tumultuous year included the firing of 200 staff, including senior executives, for wrongdoing in the midst of the public inquiry.

Greed was pegged as the main contributor for the misconduct.

The bank lost $374 million in refunds and remediation. Part of it was due to ‘the fee for no service scandal’, where customers had paid for financial planning advice they didn’t get.

The bank was also found to have been charging customers the wrong amount of interest and fees on their home loans, the ABC reported.

ANZ’s external legal costs from the Royal Commission were $55 million for the financial year.

ANZ has lead the pack of Australian banks cutting lending to Asian economies to focus more on domestic business.

It has discontinued a number of operations, selling off Asian retail banking and wealth businesses, Fairfax reported.

When discontinued operations are included the plunge is 16 per cent, leaving their underlying profit at $5.8 billion for the year ending September 30. 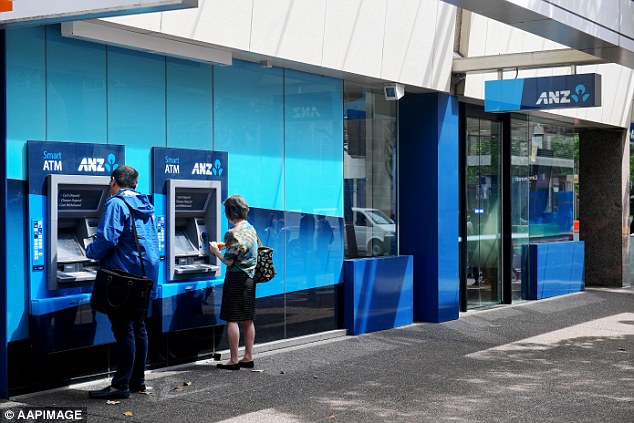 The fallout from the royal commission, the sluggish property market and simplifying operations has seen ANZ’s cash profits drop for the first time since 2016

‘This places ANZ in a stronger position to meet the challenges facing the industry.’

‘Retail banking in Australia faced strong headwinds with housing growth slowing and borrowing capacity reducing. We continued our disciplined approach to home loan growth by focusing on customers who want to buy and own their own home.’

NAB and Westpac report their annual results over the subsequent five days, with the trio having already flagged a total of about $1 billion in remediation costs.

Commonwealth Bank, which operates on a different calendar to its major rivals, in August reported a 4.7 per cent fall in cash profit to $9.4 billion – its first decline since the GFC.