AOC is ‘idiotic,’ ‘disgusting’ says former ICE director after she calls for breaking up the agency

The former acting Immigration and Customs Enforcement director blasted Representative Alexandria Ocasio-Cortez for her repeated ‘idiotic’ comments that the agency should be abolished.

Tom Homan told Fox & Friends Weekend on Sunday morning that Ocasio-Cortez is ‘disgusting,’ in reaction to the New York lawmaker’s comments Saturday night while she was campaigning for Bernie Sanders.

‘ICE Is keeping the community safe,’ Homan continued. ‘She stands up on stage – first of all, it’s an incredibly stupid statement she made, which doesn’t surprise me, because she’s about as far from smart as anybody could possibly be, but what she said is dangerous.’

‘These men and women put their lives on the line every day to arrest criminals off the streets, especially in New York,’ he said, referencing, in part, the area Ocasio-Cortez represents in Congress. ‘My last year as ICE director, we took 5,000 criminals off the streets of New York. These ICE agents [have done] more to protect the residents of New York than she ever has done or ever will do.’ 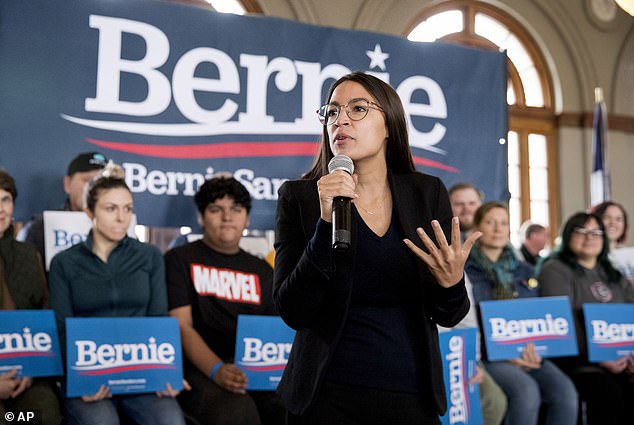 During a campaign event for Bernie Sanders, Ocasio-Cortez reupped her calls for the immigration enforcement agency to be abolished 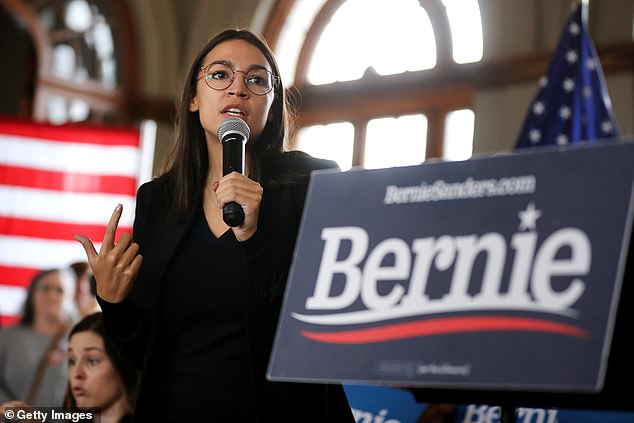 ‘Organizing is about tipping people off if you start to see that ICE and CBP are in communities to try and keep people safe,’ Ocasio-Cortez said, telling people to warn their neighbors if federal agents are seen arresting illegal immigrants

While Sanders was tied up in Washington D.C. for Donald Trump’s Senate impeachment trial, Ocasio-Cortez, a surrogate for his campaign, spoke with supporters in Ames, Iowa Saturday evening.

There she reupped her call for the abolition of ICe and Customs and Border Protection, and urged supporters to warn people if they see federal immigration authorities taking action against illegal immigrants.

‘Organizing is about tipping people off if you start to see that ICE and CBP are in communities to try and keep people safe,’ Ocasio-Cortez said.

‘I’m to not here to reform some of these systems when we talk about immigration. I’m here because Senator Sanders has actually committed to breaking up ICE and CBP. That’s why I’m here,’ she said, explaining part of the reason she decided to endorse Sanders.

Before ever running for public office, Ocasio-Cortez served as an organizer for Sanders’ 2016 primary run against Hillary Clinton.

She now serves as one of the most progressive voices in the U.S. House of Representatives.

‘I’m disgusted,’ Homan said reacting to Ocasio-Cortez’s remarks. ‘She says you want to tip off the community to keep the community safe, that’s what ICE is doing.’

‘[I] can’t believe she can stand up on stage and make a statement like that and not have any repercussions from the House Ethics Committee,’ he continued.

The former acting ICE director served during a time when there were several frequent calls for the agency to be abolished as the contentious situation at the southern border persisted.

Homan also weighed in on the impeachment, adding that if they are looking to remove a president for his crimes, than ICE and CBP should be able to also prosecute those in the U.S. illegally. 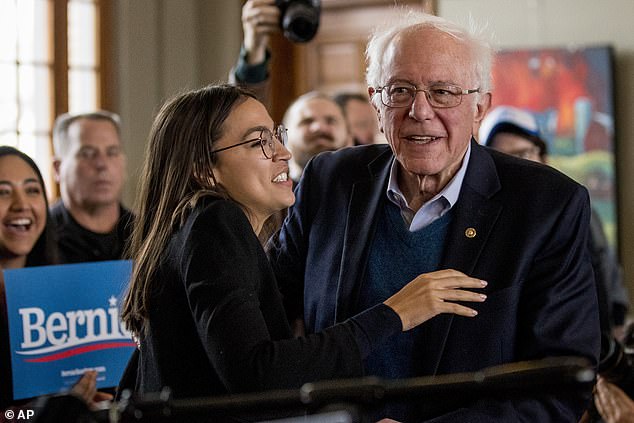 Ocasio-Cortez is a surrogate for Sanders, and claims one reason for that is because the Vermont senator has ‘actually committed to breaking up ICE and CBP’

He also cited a report showing that ICE was effective in detaining illegal immigrants from the U.s. with criminal and pending criminal charges. The report showed that more than 138,000 of these individuals were arrested in fiscal year 2018.

‘Standing on stage and telling people to give a heads up that the good guys are going to be arresting the bad guys, ICE is in your neighborhood, go run and hide. That’s obstruction,’ Homan said, clearly referencing the second impeachment article for obstruction of Congress.

‘That’s a crime and she’s standing on stage doing that. She’s disgusting. Something needs to be done about it,’ he said.

‘They’re vilifying the men and women of ICE for simply doing their jobs, to run toward danger when everybody else is running away from danger.’

‘It’s disgusting what she said,’ he added.

Homan says he thinks Democrats are targeting ICE because ‘they’re enforcing the law.’