House Rep. Alexandria Ocasio-Cortez said on Thursday that Tara Reade’s sexual assault allegations against Joe Biden are ‘not clear-cut’ though she does think that something ‘happened.’

‘It certainly seems as though something has happened. I’m not sure… Frankly, this is a messy moment, and I think we need to acknowledge that – that it is not clear-cut.’

Reade, a former staffer for Biden when he was a United States senator from Delaware, alleges that in 1993 he sexually assaulted her.

Biden, the presumptive Democratic Party nominee, has denied the allegations.

Supporters of Reade say that Democrats are hypocrites for not supporting her as they did Dr. Christine Blasey Ford, who came forward to allege that Brett Kavanaugh assaulted her in high school more than three decades ago.

House Rep. Alexandria Ocasio-Cortez says that the allegations made by Tara Reade (right), who accuses then-Senator Joe Biden of sexually assaulting her in 1993, are not ‘clear-cut’ though she does say something ‘happened’ 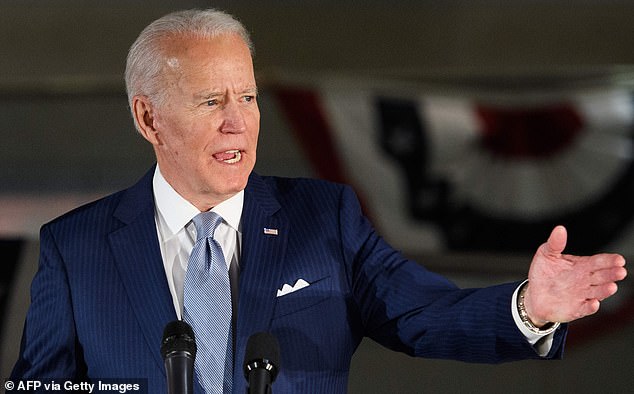 Kavanaugh was eventually confirmed to the Supreme Court thanks to a Republican majority in the Senate, though Democrats were demanding that his nomination be withdrawn due to Ford’s allegations.

Supporters of Biden say Reade has changed her story and that initially she claimed she was fired from Biden’s staff due to harassment from other aides.

‘It certainly seems as though something has happened.

‘I’m not sure… Frankly, this is a messy moment, and I think we need to acknowledge that – that it is not clear-cut.’

When asked if Reade’s allegations will impact on whether she will support Biden in the general election this fall, Ocasio-Cortez said: ‘I think that there is an impact here for survivors and I think it’s very important to speak about what this moment means for survivors across the country.’

She added: ‘I think a lot are watching how our leadership and our culture and our media respond to this, and I don’t think the response overall has been sufficient.

‘It’s very difficult because this is in a hyper-politicized zone, right?

When asked what she would consider ‘due process’ for Reade, the congresswoman cited ‘the aims that the survivor is asking for.’

‘While a lot of folks, again, are trying to jump to the political implications, she has never explicitly said don’t support Joe Biden,’ Ocasio-Cortez told NPR.

‘She hasn’t explicitly said anything in terms of a political remedy that she wants.

‘If anything, it simply sounds like she wants to be heard.’

Ocasio-Cortez was also asked how she could explain the discrepancy of pledging to vote for Biden while at the same time declining to endorse him.

She responded that she and Biden have not ‘come to a place where we developed a vision together.’ 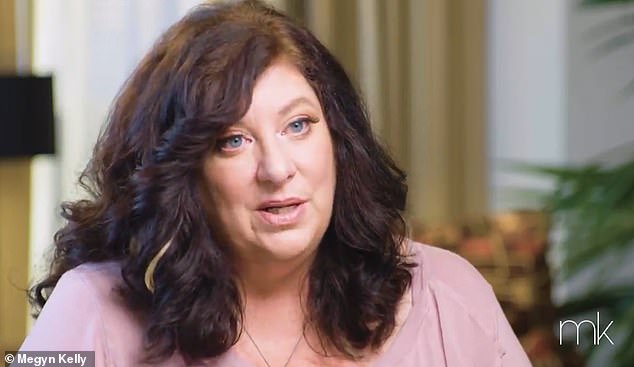 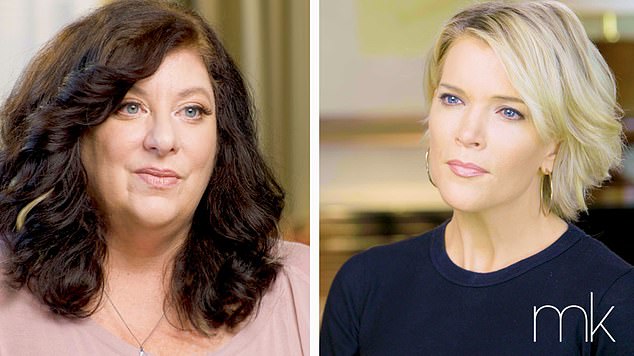 Reade sat down with Megyn Kelly for her first major on-camera interview and said she wished Biden would drop out of the presidential race.

‘I wish he would,’ Reade answered.

‘But he won’t, but I wish he would, that’s how I feel emotionally,’ Reade said.

She then told Kelly that an apology now wouldn’t be sufficient.

‘Joe Biden should take the polygraph. What kind of precedent does that set for survivors of violence? Does that mean we’re presumed guilty? And we all have to take polygraphs.’

Megyn Kelly, who currently works for herself and has been producing her own content and posting it on YouTube, said the interview was a ‘riveting exchange,’ though didn’t give details on when she would be releasing footage 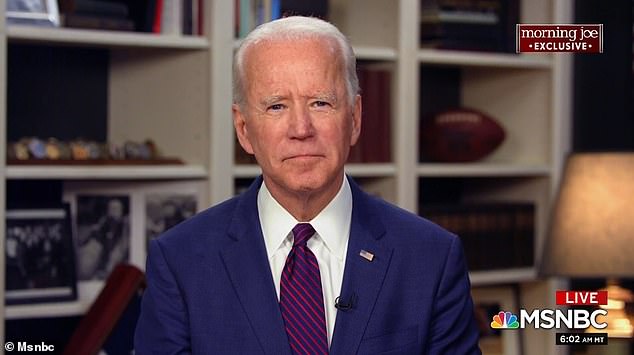 Kelly, formerly of Fox News Channel and NBC News, had announced earlier Thursday on Twitter that she had nabbed the first major sit-down with Reade, who previously complained about the big networks not giving her TV time.

Since leaving NBC News in January 2019, Kelly has worked for herself, posting interviews to her YouTube channel, and then promoting them on social media platforms.

The first clip of the interview, which Kelly posted on Twitter late Thursday afternoon, began with Reade telling the former Fox anchor about harassment she’s endured at the hands of so-called Biden ‘surrogates.’

‘It’s been stunning, actually, how the – some of his surrogates, with the blue checks, that are his surrogates, have been saying really horrible things about me and to me on social media,’ Reade said.

‘He hasn’t himself, but, there’s a measure of hypocrisy with the campaign saying it’s safe,’ she continued.

‘It’s not been safe,’ Reade said. ‘All my social media has been hacked. All my personal information has been dragged through. Every person that maybe has, you know, a gripe against me, an ex-boyfriend or an ex-landlord, whatever it is, has been able to have a platform rather than me.’

Fox News Channel told The Atlantic that the interview reported by The Times was ‘never confirmed.’

Reade told The Times that she backed out due to getting death threats.

She brought the death threats up again Thursday in her sit-down with Kelly.

‘I got a death threat from that because they thought I was being a traitor to America,’ Reade said, pointing to some postings that branded her a Russian agent.

‘And his campaign is taking this position that they want all women to be able to speak safely, I have not experienced that,’ she added.

Reade previously did an on-camera interview with Hill.TV, but when discussing media coverage with The Times, she was referencing major network television, saying she had hoped for a sit-down with someone like Gayle King, the host of ‘CBS This Morning.’

Reade had previously claimed that Biden liked her legs and wanted her to waittress at a Capitol Hill cocktail party while she was on staff. Reade also complained that he was touchy-feely, putting his hands on her shoulders, neck and hair.