The home where Jacqueline Kennedy Onassis spent her teen years has been sold for $43 million to the government of Saudi Arabia.

The sale, which closed last week, is the most expensive residential sale on record in the Washington, D.C. The home also set a record when Case bought it for $24.5million in 2005.

According to a Saudi spokeswoman, the government plans to use the residence when Saudi-delegation dignitaries visit the United States.

‘The Saudi government understands the historical significance of the Merrywood home and has tremendous respect for its place in American history,’ the spokeswoman said in a written statement.

Merrywood Estate, the home where Jacqueline Kennedy Onassis spent her teen years, has sold for $43 million 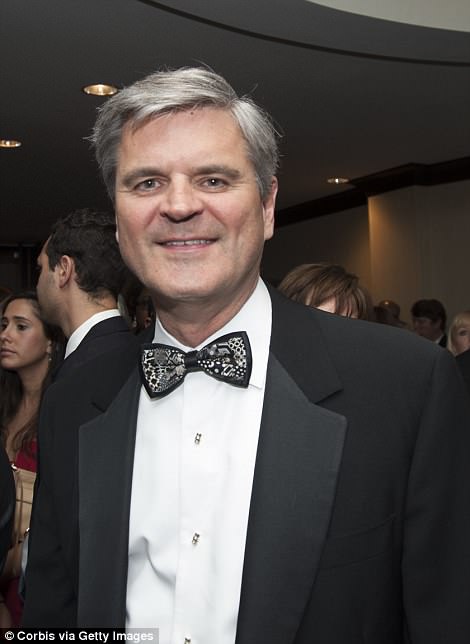 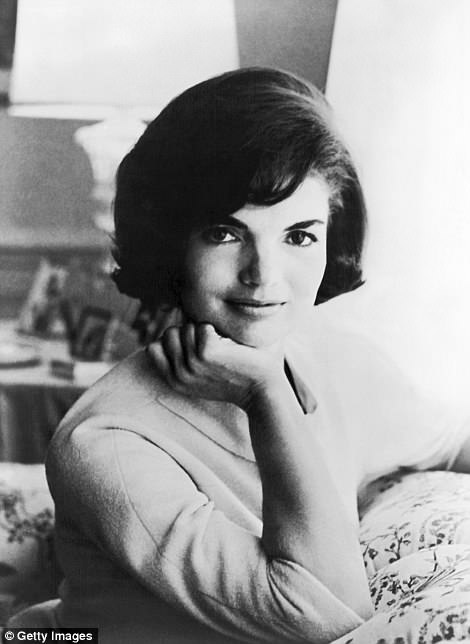 Steve Case, co-founder of AOL, sold the home for $43million. Right: Jackie Kennedy in the White House in 1961

Mr. Case and his wife, Jean, purchased the home on Chain Bridge Road in 2005 for $24.5 million, according to public records.

They listed the home last year for $49.5 million with Mark C. Lowham of TTR Sotheby’s International Realty and Juliana E. May of JLL.

‘We enjoyed living at Merrywood for the past 13 years, and we hope the new owner will appreciate the property as much as we did,’ the couple said in a statement.

Case and his wife decide to sell because they are now empty-nesters and plan to spend more time at their farm in Warrenton, which has served as their weekend home. They also recently bought an apartment in Washington, DC.

The 23,000-square-foot Georgian home, complete with nine bedrooms, sits on seven acres along the banks of the Potomac River, just eight miles from Washington, DC. 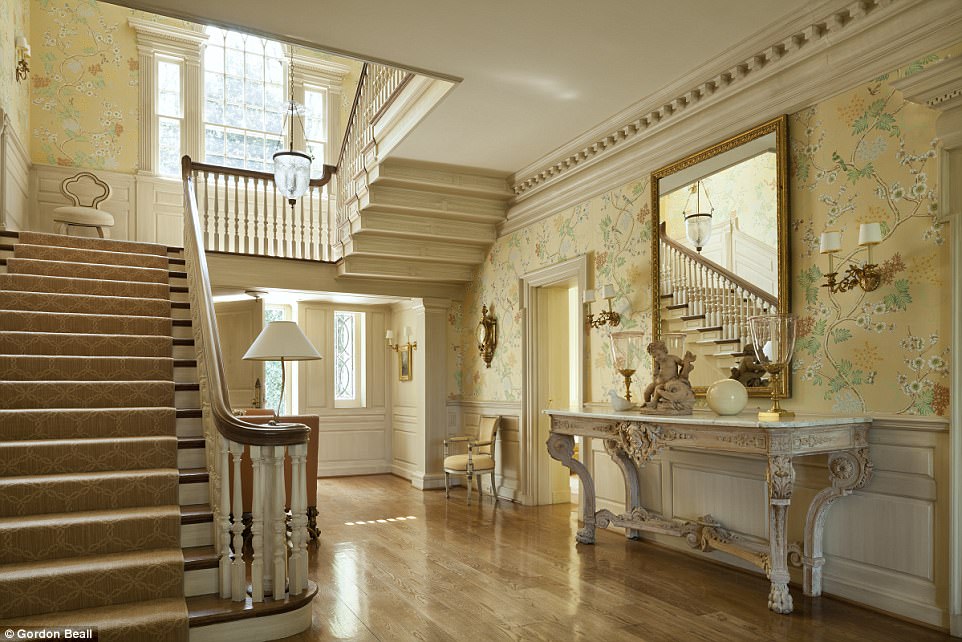 A grand staircase in the Merrywood mansion. Among its many rooms are a wine cellar and formal dining room. It offers a variety of settings for large social gatherings and occasions, whatever the weather 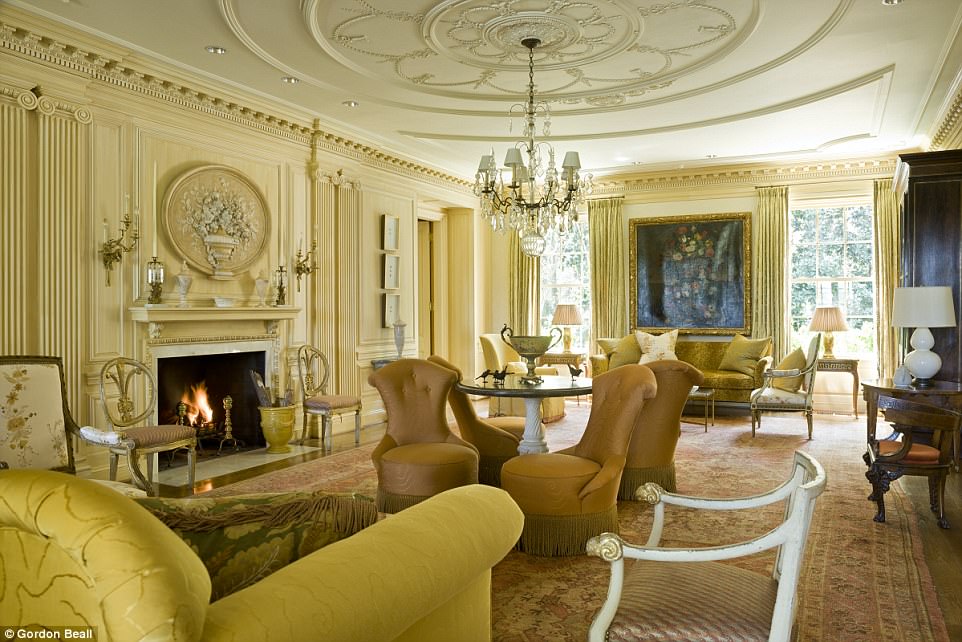 Case decided to sell the home because he and his wife have become empty nesters and are moving to the countryside. The couple are now spending more time at their weekend home and an apartment in Washington, DC 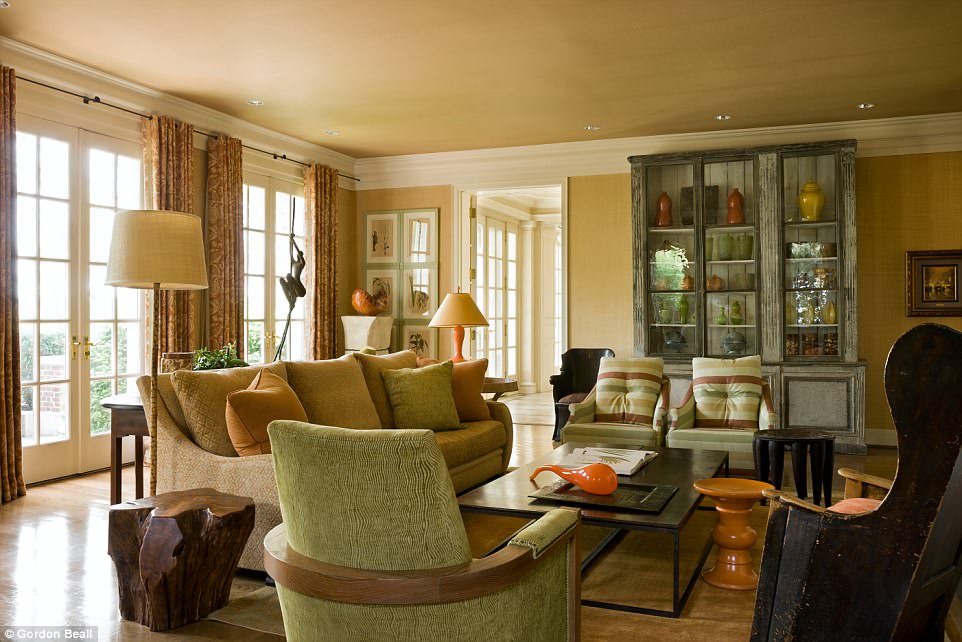 Jackie Kennedy moved into Merrywood at the age of 12 when her mother remarried Standard Oil heir Hugh D. Auchincloss Jr. 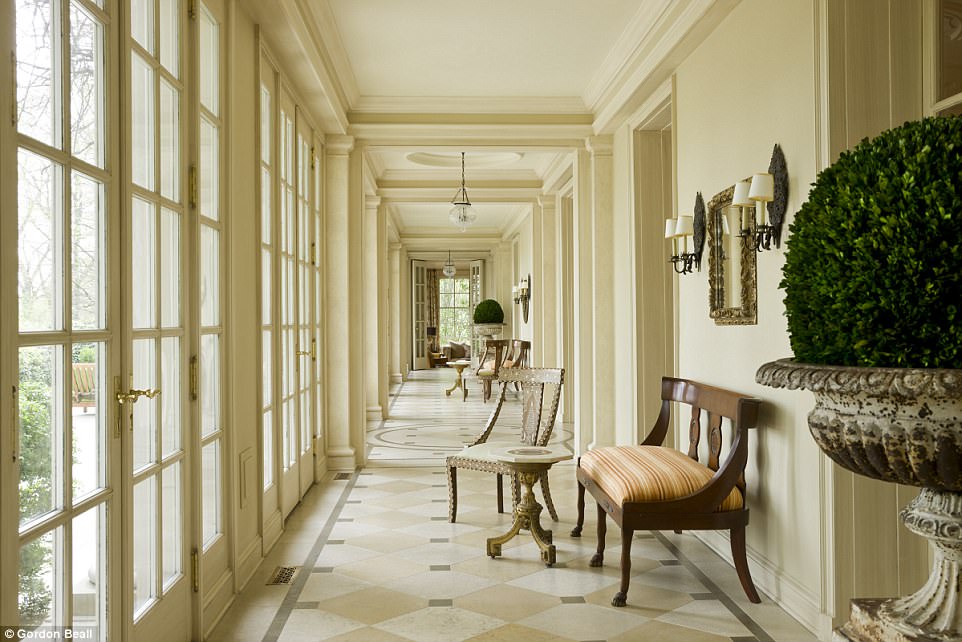 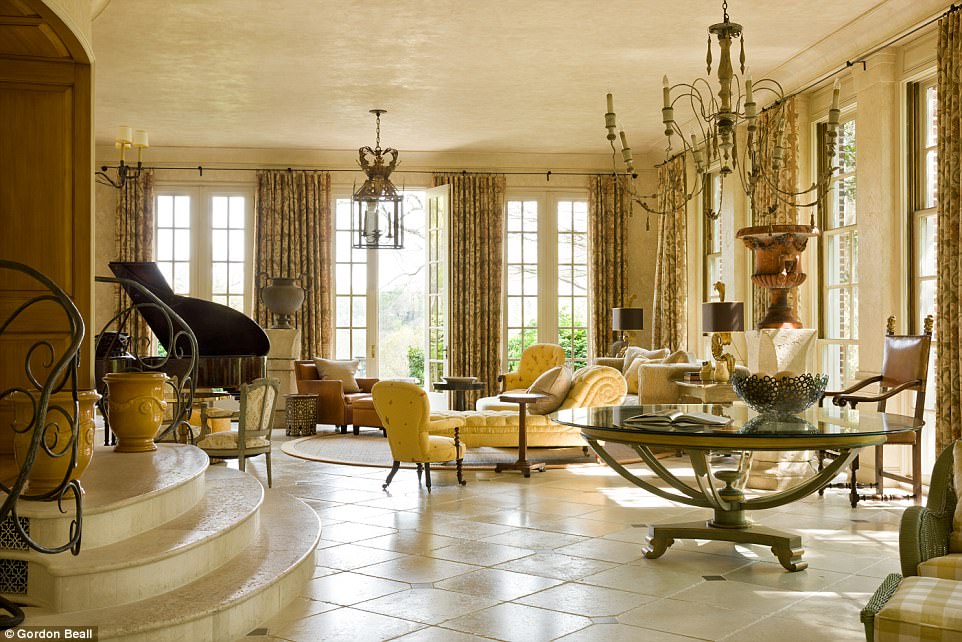 Jackie told of her fond memories of her time at Merrywood. ‘I always love it so at Merrywood—so peaceful…with the river and those great steep hills,’ a teenage Jackie wrote in 1944, according to the book ‘Jacqueline Bouvier Kennedy Onassis: A Life’ 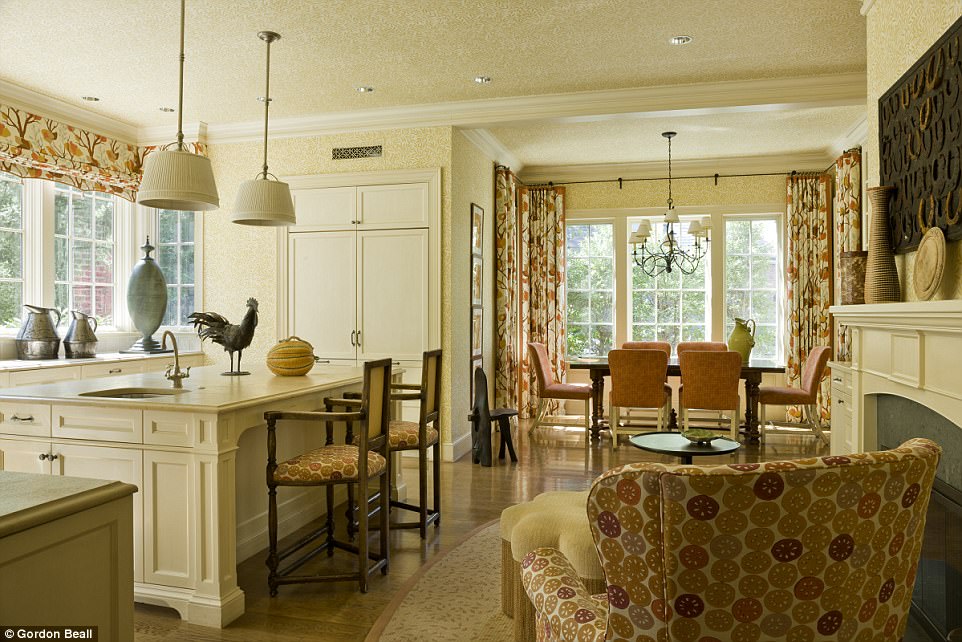 The Georgian home is 23,000 square feet and includes nine bedrooms 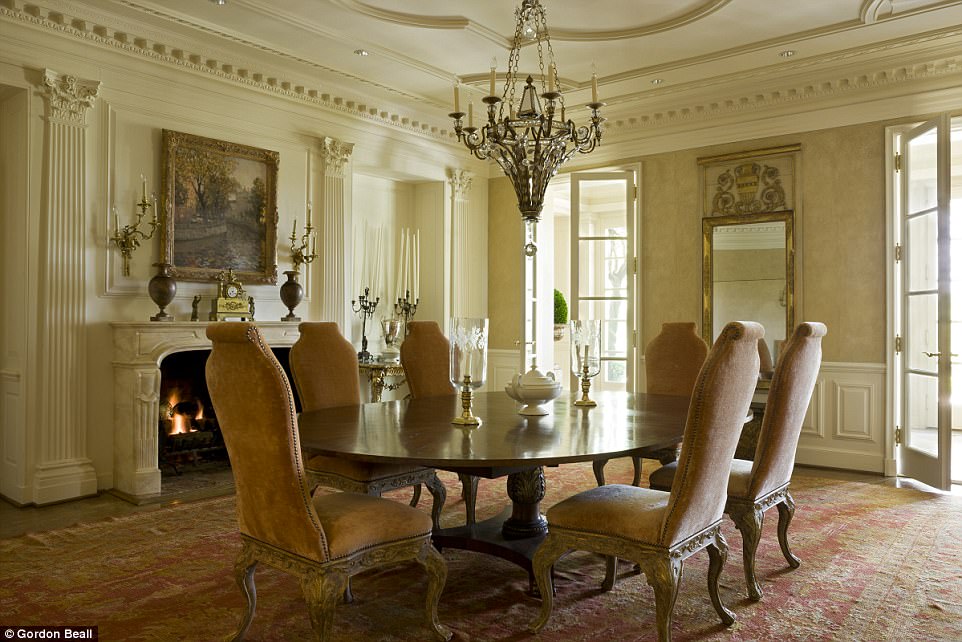 A dining room with chandelier, fireplace and artwork. Jacqueline Kennedy was born in 1929 and became First Lady when her husband JFK was sworn in as president in 1961 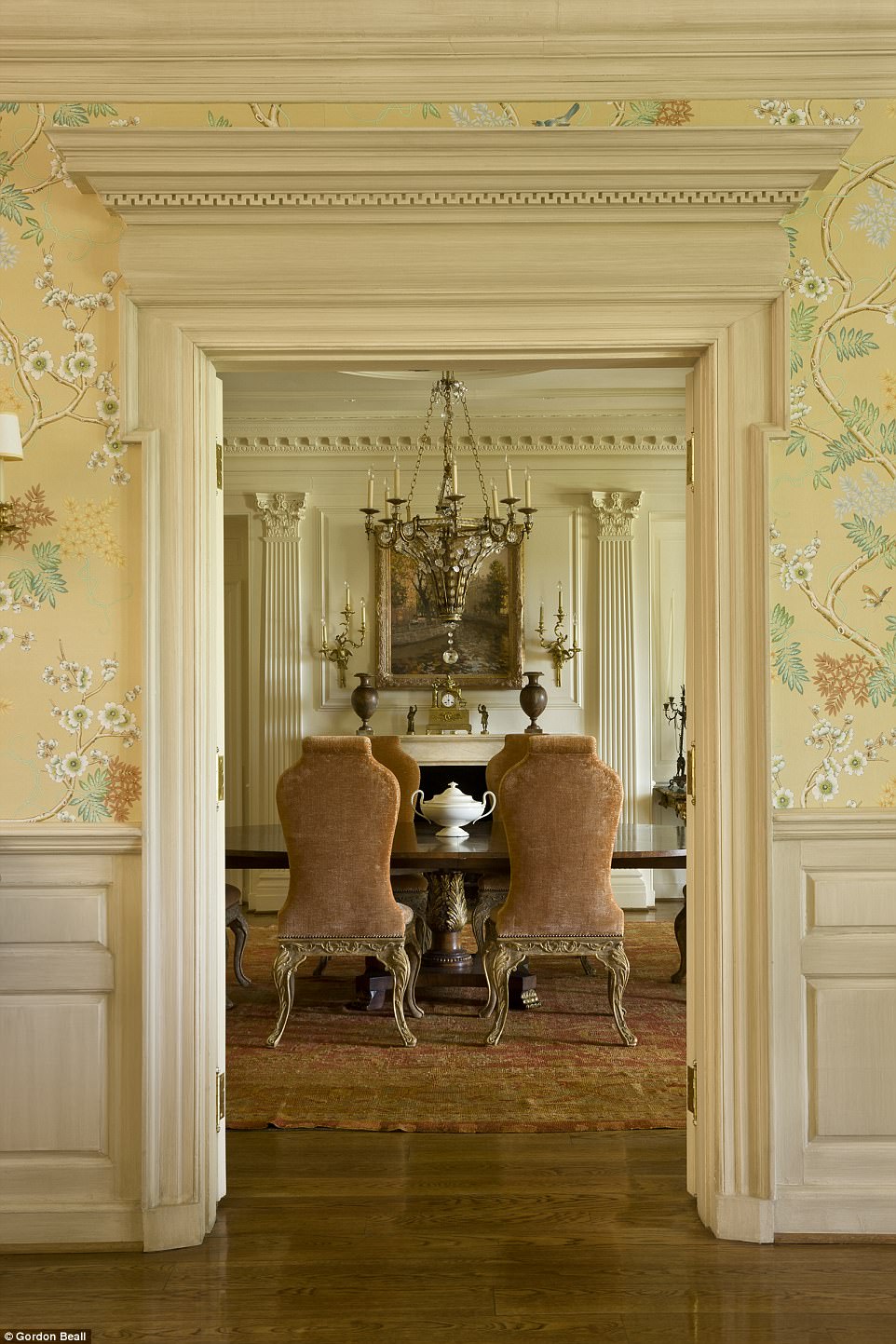 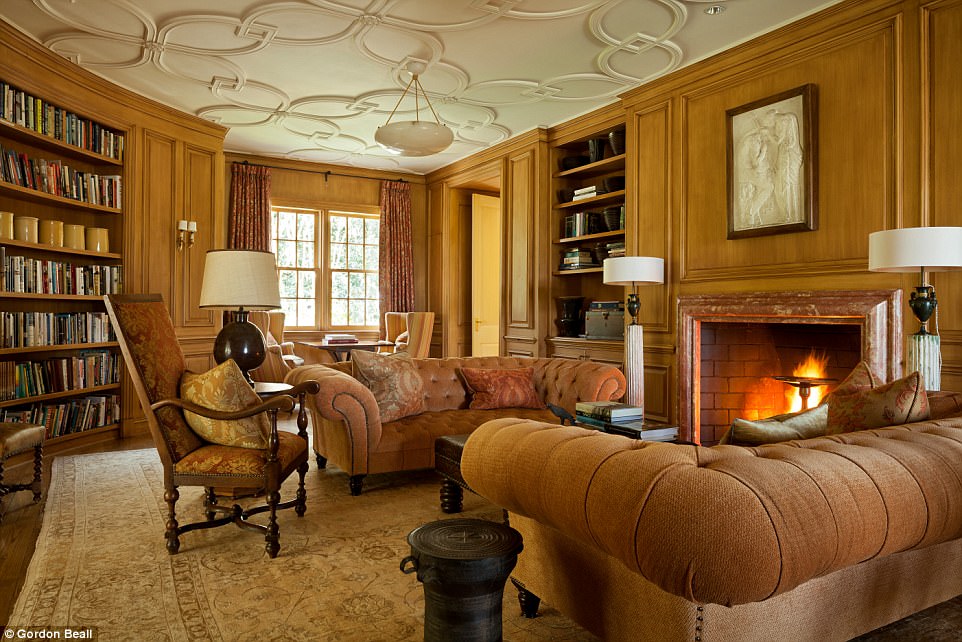 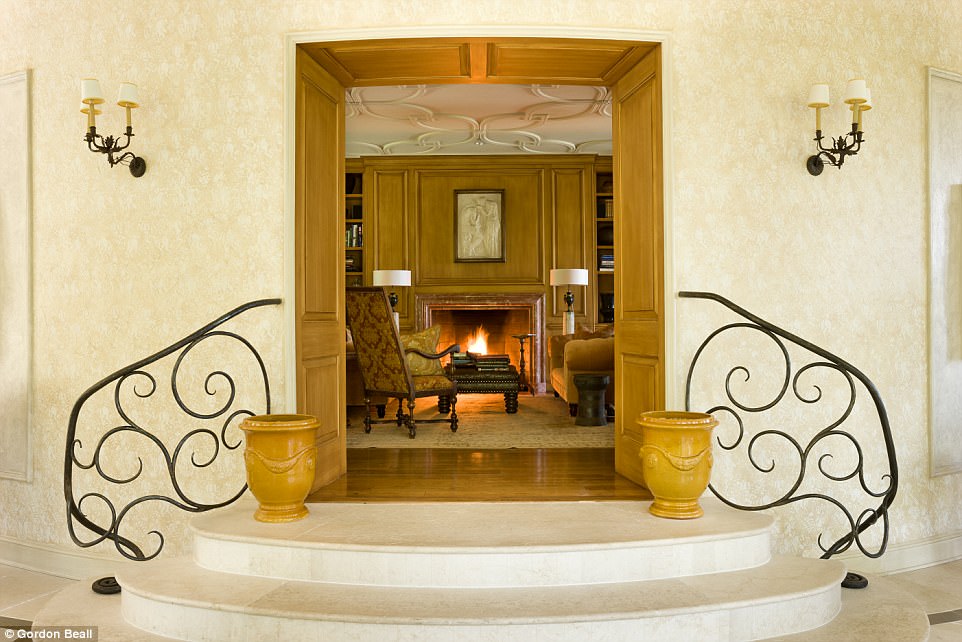 Case works is chief executive of investment firm Revolution, while wife Jean is chairman of the National Geographic Society

The home has been renovated but has many original features including elaborate plaster moldings.

There are nine bedrooms including a master suite that includes his-and-her dressing rooms, a study and a gym on the second floor.

A carriage house has room for four cars as well as a security office and staff quarters.

Her mother remarried to Auchincloss in June 1942. Due to World War II, 12-year-old Jackie was not able to attend the ceremony because travel was restricted. 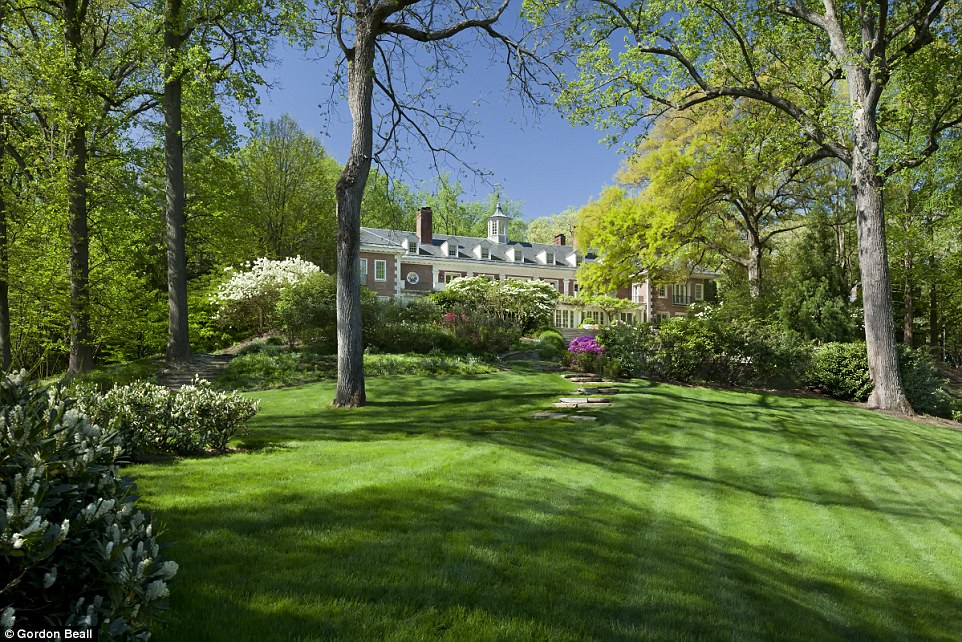 Jackie’s mother had two children with her first husband, daughters Jackie and Lee 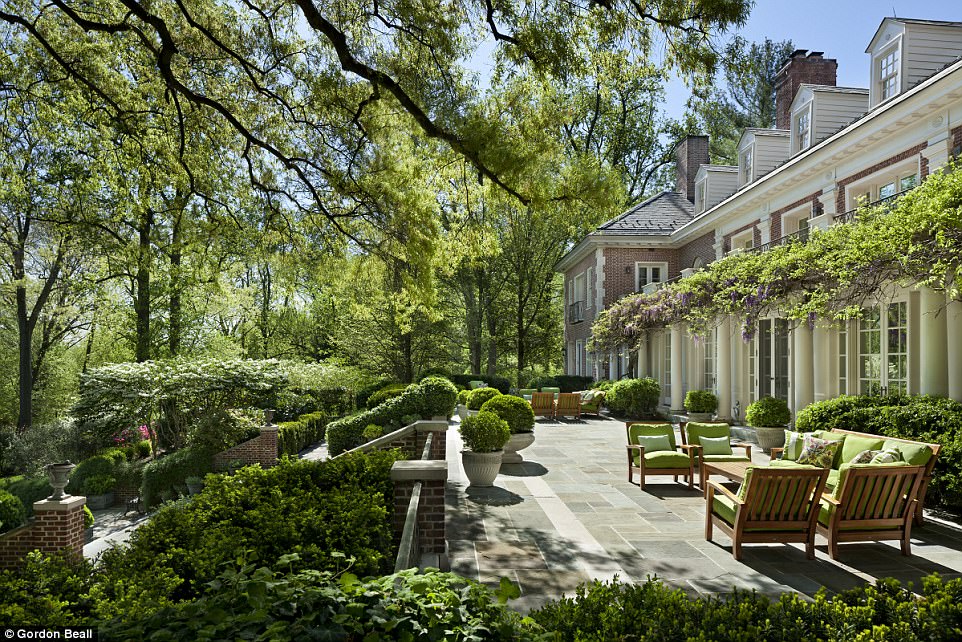 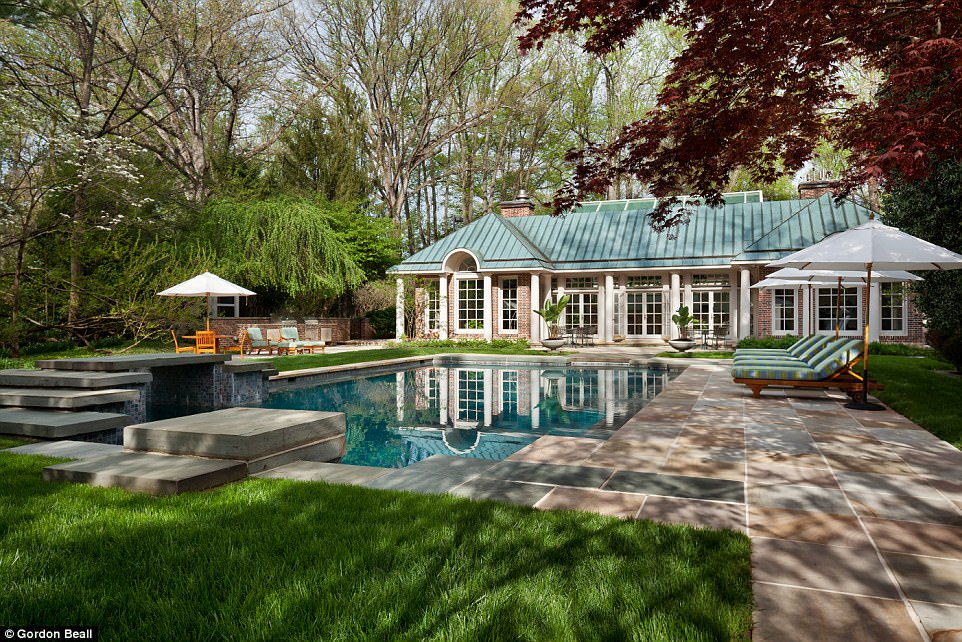 Merrywood’s outdoor pool. But there is also a gym, changing rooms and indoor lap pool too 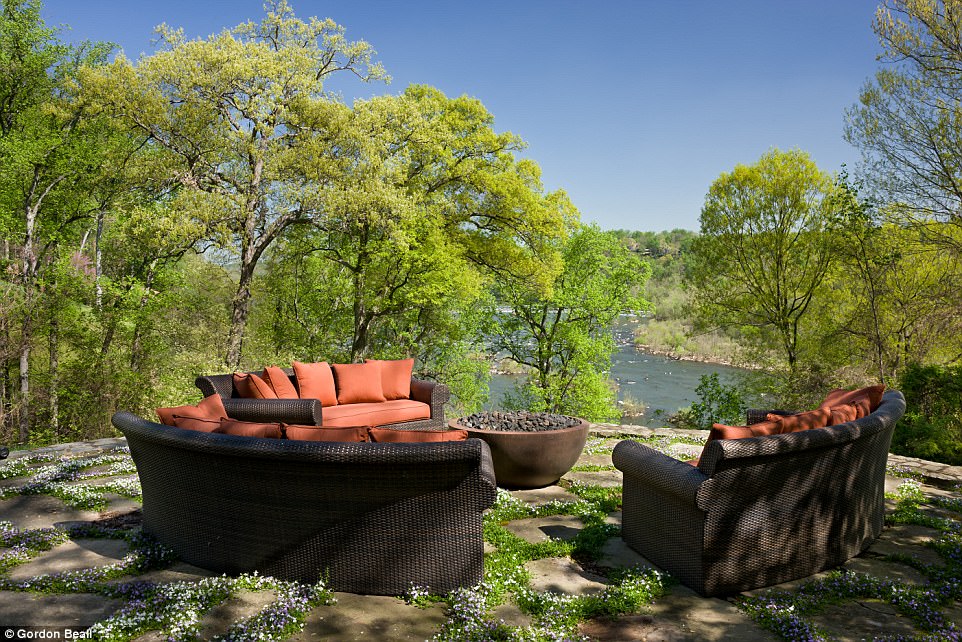 Above, a view of the Potomac from the home. The home is just eight miles from Washington, DC

Jackie spent the next two years attending the Holton-Arms School in Washington, DC. But in high school she left DC for Connecticut to attend boarding school at Miss Porter’s in Connecticut.

However, she had fond memories of her years and summers back at Merrywood.

‘I always love it so at Merrywood—so peaceful…with the river and those great steep hills,’ a teenage Jackie wrote in 1944, according to the book ‘Jacqueline Bouvier Kennedy Onassis: A Life’