Wine and coffee lovers rejoice – you now have a chance to mix the two in a unique and delicious way.

California wine company Apothic Wine is releasing a ‘one-of-a-kind’ limited edition red that has been infused with cold brew coffee, and is set to hit shelves on April 1.

The wine brand said that it was inspired to create the wine – named Apothic Brew – in response to the growing demand for cold brew coffee in the US, which increased by about 80 per cent in the year ending February 2017. 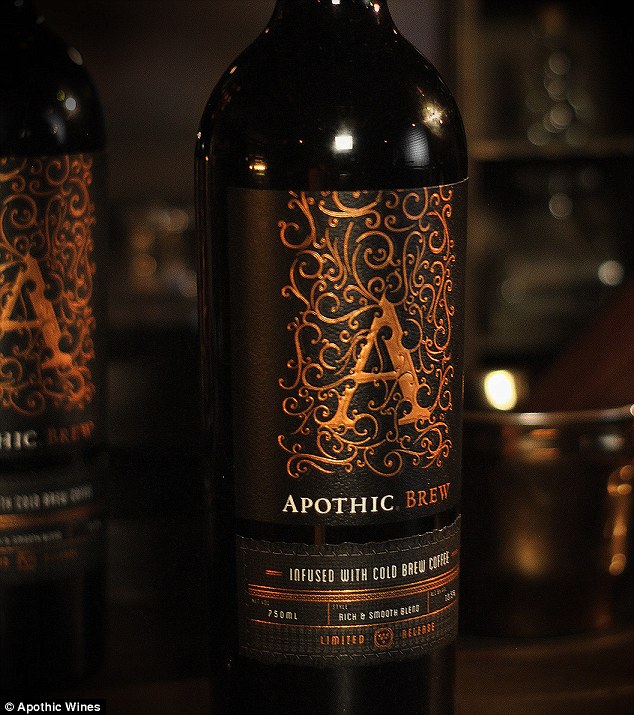 Rising demand: The company was inspired to make Apothic Brew by the growing demand of cold brew coffee in the US

But although the demand for cold brew motivated the company to create Apothic Brew, it’s still known for ‘challenging convention through its innovative blends’.

It has launched the Apothic Crush, which is described on its website as ‘a decadent red wine blend that combines red fruit flavors with notes of caramel and a velvety, smooth mothfeel’.

It also has the Apothic Red, which is a red blend with ‘layers of dark red fruit complimented by hints of vanilla and mocha’.

Christine Jagher, Apothic’s Director of Marketing said: ‘We’ve always sought to break the mold to bring our fans products we know they will love. Apothic Brew is a game changer that offers the best of both worlds – cold brew and wine – and I can’t wait for people to try it.’ 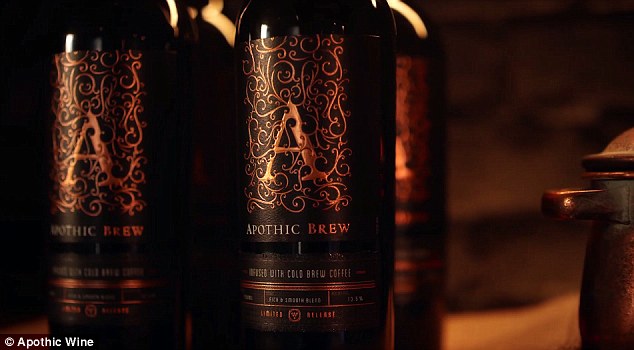 Go together: A winemaker at the company said she realized that a lot characteristics in cold brew coffee and red wine complement each other 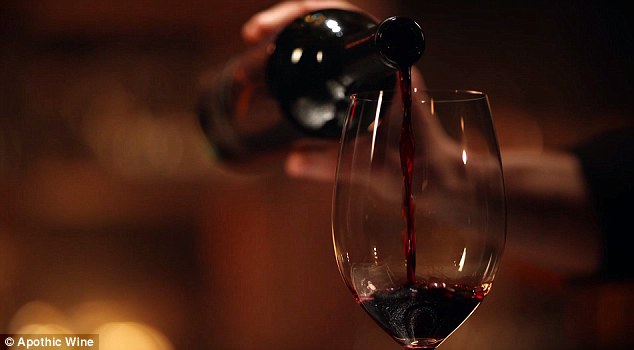 Smells like coffee: The Apothic Brew has less caffeine than a standard cup of decaf but still has the coffee aroma

It’s also much smoother than its warmer counterparts, which results in a taste that ‘captures the smooth mouthfeel and velvety chocolate notes of cold brew with the juicy blackberry characteristics of a dark red wine’.

Deb Juergenson, Apothic Winemaker, added: ‘Last year during the long hours of harvest, I joined the cold brew craze myself. Quickly, I realized that many of the characteristics in cold brew coffee and red wine naturally complement each other.’

‘This led us to experiment with a few blends, eventually leading to the seamless creation of Apothic Brew, which brings together red fruit notes and subtle mocha essences of cold brew.’

And while the idea of combining coffee and wine isn’t completely new as just last March, a coffee shop in Napa Valley, California, took red wine from local vineyards and roasted it with coffee beans thus creating coffee infused with red wine.

But what makes Apothic Brew special is that it contains less caffeine than a standard cup of decaf but still has the coffee aroma.

The price is also a plus as the cold brew wine, which can be served either at room temperature or slightly chilled, most likely won’t be expensive because the Apothic Red only costs $9.37 and the Apothic Crush costs $10.99 at Total Wine so even the wine lovers who tend to lean toward the cheaper side can have a sip (or two).