Jeffrey Epstein’s co-conspirators who he protected in his 2008 sweetheart deal with Florida prosecutors may finally be named after an appeals court ruled to allow his victims to plead their case in court again.

Epstein was charged in 2007 with solicitation of child prostitutes. The deal he signed with Alex Acosta gave him a lenient jail sentence, which involved him leaving every day to go to work, and also protected three co-conspirators from charges.

Those people have never been named but they are thought to be women who are accused of procuring young girls for Epstein to sexually abuse.

Earlier this year, victim Courtney Wild fought in court to undo the agreement. She said that even though Epstein (who killed himself in jail last year), she and the other victims from the 2007 case should be able to pursue relief from the prosecutors involved because they were never told about the deal when it happened.

The fact it was kept secret from them violated their rights, she said.

Voiding the deal would also potentially expose those co-conspirators up to being named and charged.

In April, a court ruled against Wild’s petition. She appealed it and on Friday, won.

Now, her arguments over how the deal violated her rights and the rights of the other victims will be reheard. 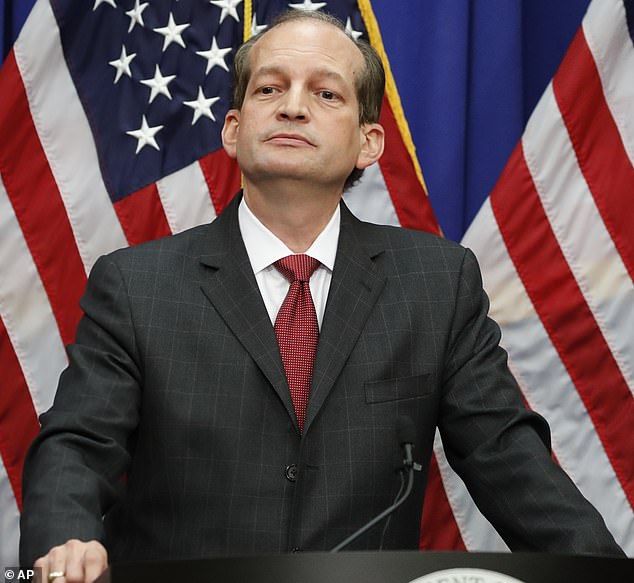 Labor Secretary Alex Acosta was the prosecutor who granted the deal. It’s unclear what bearing the court’s decision will have on him

‘I had confidence this day would come.

‘We have fought for 12 years, and as I’ve said before, no matter how many obstacles pile up, we will never give up fighting for what is right,’ Wild said afterwards in a statement. 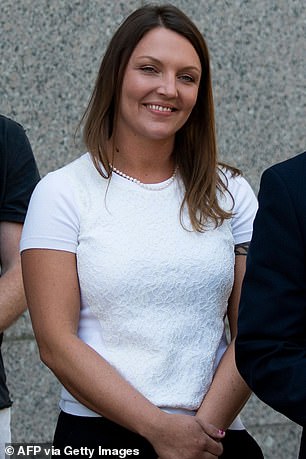 Before reaching his deal with federal prosecutors in Florida, Epstein was facing potential federal indictment for sexually abusing dozens of girls as young as 14 between 1999 and 2007, directing others to abuse them and paying employees to bring victims to him, according to court filings.

However, the prosecutors agreed not to pursue the against the financier in exchange for his 2008 guilty plea to Florida state prostitution charges.

Epstein was sentenced to 13 months in jail after that plea, but allowed to leave regularly to go to his office.

U.S. District Judge Kenneth Marra in West Palm Beach, Florida ruled in February 2019 that the deal was illegal because Epstein’s victims were not told about it.

However, the judge ruled last September that the victims could not collect money damages.

In April, the 11th Circuit called the facts of the Epstein case a “national disgrace” but said the victims’ rights law did not apply because Epstein was never actually charged.