Tech giant Apple says it is appealing against a ruling from a Chinese court that would ban some iPhone models in China as part of a long-running patent dispute with American chip maker Qualcomm.

Apple said it had filed a request yesterday for the court to reconsider its decision.

Earlier yesterday, California-based Qualcomm said it had won a preliminary order from a Chinese court to ban the import and sale of several iPhone models in China due to patent violations.

Apple has filed a request for a Chinese court to reconsider its ruling which bans the sale of multiple iPhone models in China. The tech giant is locked in a patent battle with American chip maker Qualcomm. Pictured, shoppers check out the iPhone X at an Apple store in Beijing 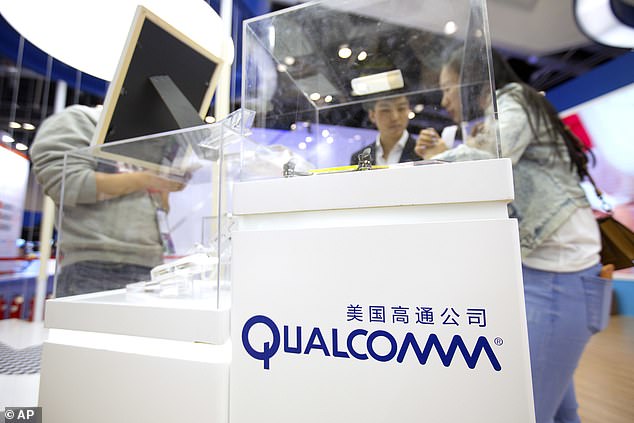 The preliminary order affects all of the iPhone models from the iPhone 6S to the iPhone X which are sold with older versions of Apple’s iOS operating system.

Apple said its iPhones would remain on sale in the country, with newer software.

Qualcomm, the world’s biggest supplier of chips for mobile phones, initially filed its case in China in late 2017.

The ruling came from the Fuzhou Intermediate People’s Court in China, the same court that earlier this year banned the import of some of memory chip maker Micron Technology Inc’s chips into China.

The court found Apple had violated two of Qualcomm’s software patents around resizing photographs and managing applications on a touch screen.

‘Apple continues to benefit from our intellectual property while refusing to compensate us,’ Don Rosenberg, general counsel of Qualcomm, said in a statement. 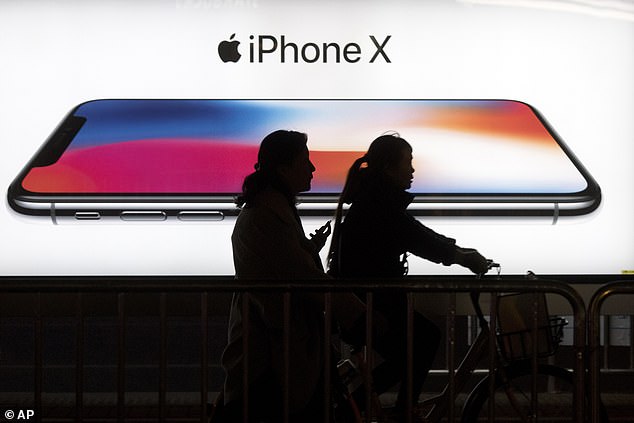 The preliminary order affects all of the iPhone models from the iPhone 6S to the iPhone X. Pictured, Chinese residents pass by an advertisement for the iPhone X in Beijing 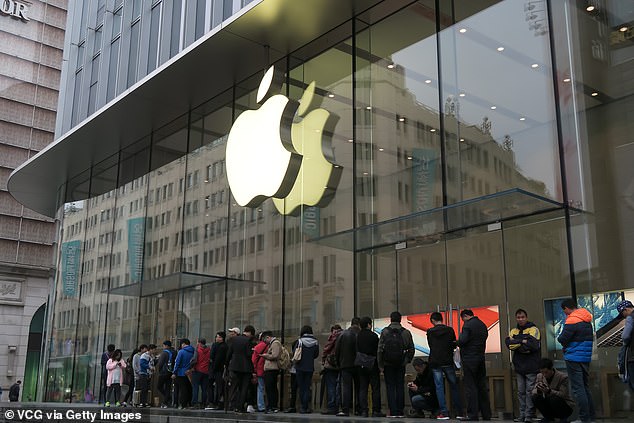 Apple said its iPhones would remain on sale in China, with newer software. Pictured, Chinese customers queue up outside an Apple store for the launch of iPhone SE in 2016 in Shanghai

Because the patents concern software, Apple could make changes to its software to avoid the patents and still be able to sell its phones.

In a statement yesterday, Apple said that all iPhone models would remain available for its customers in China. New iPhones use Apple’s latest version of its mobile operating system, iOS 12.

‘Qualcomm’s effort to ban our products is another desperate move by a company whose illegal practices are under investigation by regulators around the world,’ Apple said in its statement.

The patents in the suit, which Qualcomm said on Monday had been upheld by the Chinese patent office, are separate from those being contested in other cases in its wide-ranging legal dispute with Apple.

Qualcomm has also asked regulators in the United States to ban the import of several iPhone models over patent concerns, but U.S. officials have so far declined to do so.