This is the kind of dessert that was traditionally made by your grandmother for your daily or weekly visits to her house. I make it in small jam jars but you can use any suitable serving glasses or pots. We have almost as many apple trees as people in Denmark and love the fruit in both sweet and savoury dishes. My great-great-great-great-great-grandfather in fact planted the first apple trees on Tåsinge, the island that I come from. It’s a good idea to make a double portion of the apple purée – it can also be used for an apple and bacon topping on an open sandwich, or as an accompaniment for pork chops.

FOR THE APPLE PUREE 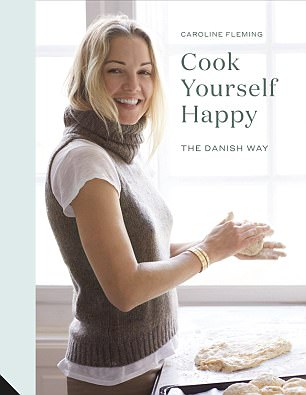 From Cook Yourself Happy: The Danish Way by Caroline Fleming. Photographs by Lisa Linder. Published by Jacqui Small, £25. Follow Caroline on her Instagram @carolineflemingofficial