Apple cracks down on apps to fight iPhone addiction

Apple has been accused of moving against apps that are designed to limit iPhone usage after introducing its own Screen Time tool, which app makers say is less strict than their own products.

On Thursday, two of the most popular parental-control apps, Kidslox and Qustodio, filed a complaint with the European Union’s competition office claiming Apple forced restrictions that damaged business.

Over the past year, Apple has removed or restricted at least 11 of the 17 most downloaded screen-time and parental-control apps, according to a new analysis by The New York Times.

Because it controls the App Store, Apple has full say over what apps are allowed on iPhones – leading some to accuse the company of anti-competitive behavior for removing apps designed to help consumers use its products less. 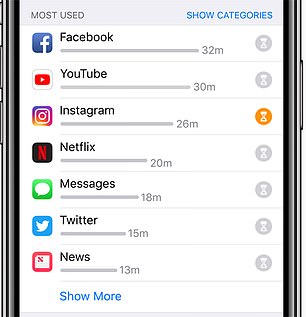 Apple introduced its Screen Time tool in September. App makers say the company has been purging competing products from the App Store in the months since

Apple introduced its own Screen Time tool in September – but app makers say it isn’t as aggressive about limiting screen time and doesn’t provide as many options.

Freedom had more than 770,000 downloads before Apple removed it in August.

‘Can you really trust that Apple wants people to spend less time on their phones?’

Apple insists that it only removes apps for violating its terms, and treats app-makers fairly.

‘We treat all apps the same, including those that compete with our own services,’ Tammy Levine, an Apple spokeswoman, told the Times.

‘Our incentive is to have a vibrant app ecosystem that provides consumers access to as many quality apps as possible.’ 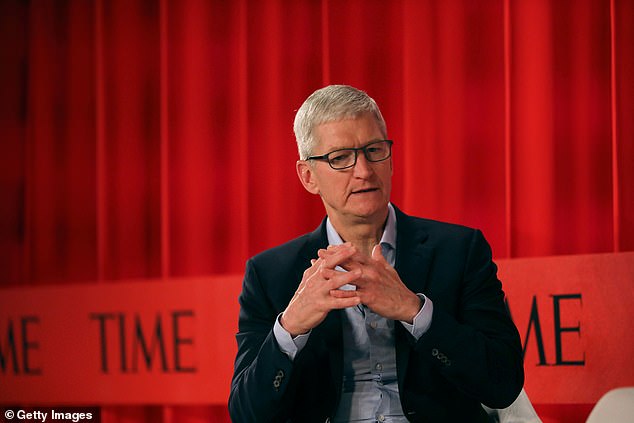 She said Apple removed or required changes to certain apps because they could gain too much information from users’ devices. She added that the timing of Apple’s moves was not related to its debut of similar tools.

Senator Elizabeth Warren of Massachusetts, a Democratic candidate for president, has waded into the debate.

Warren recently suggested spinning off the App Store from Apple as part of her proposal to rein in the American tech giants.

Apple CEO Tim Cook said at a conference this month that Apple had added screen-time tools to help people monitor and manage their phone use.

‘We don’t want people using their phones all the time,’ he said. ‘This has never been an objective for us.’