The latest round of Apple devices – including three new iPhone handsets and the Apple Watch Series 5 – have gone on sale, with fans across the world queuing to buy the new gadgets.

The iPhone 11, 11 Pro and 11 Pro Max were first announced by the technology giant at an event at the company’s headquarters in California last week.

Apple said the new Pro devices are the ‘most advanced and most powerful’ the company has ever made, with the first triple rear camera system on an iPhone.

Fans queued outside the tech giant’s flagship UK store on Regent Street, London, last night to be the first in line to buy the new product from 8am.

This was echoed across the world as crowds were also seen in Tokyo, Moscow, Singapore, Sydney and Dubai.

The iPhone 11, 11 Pro and 11 Pro Max were first announced by the technology giant at an event at the company’s headquarters last week. Pictured: People waiting to collect their new gadgets from the Regent Street shop 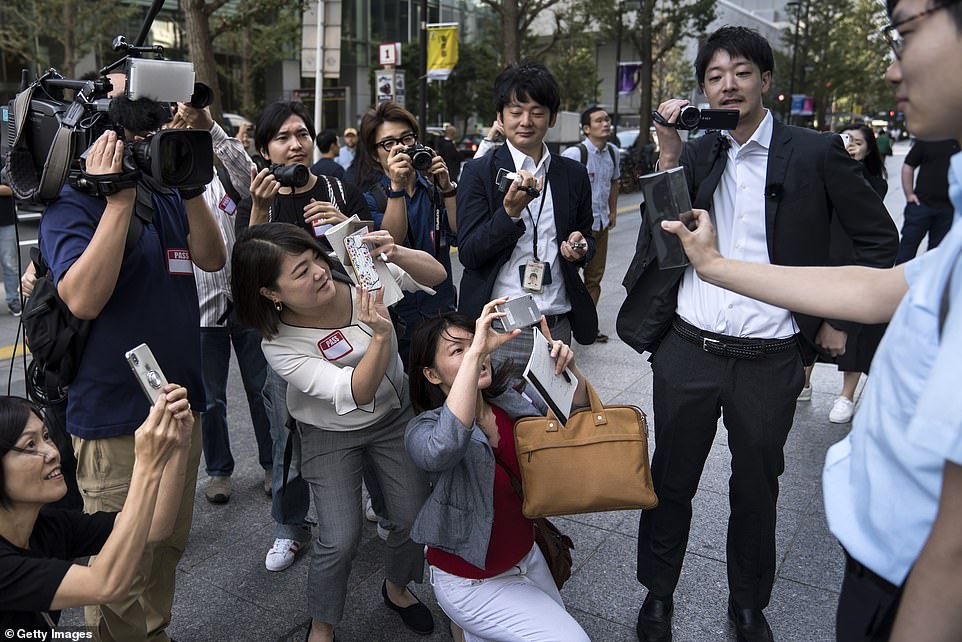 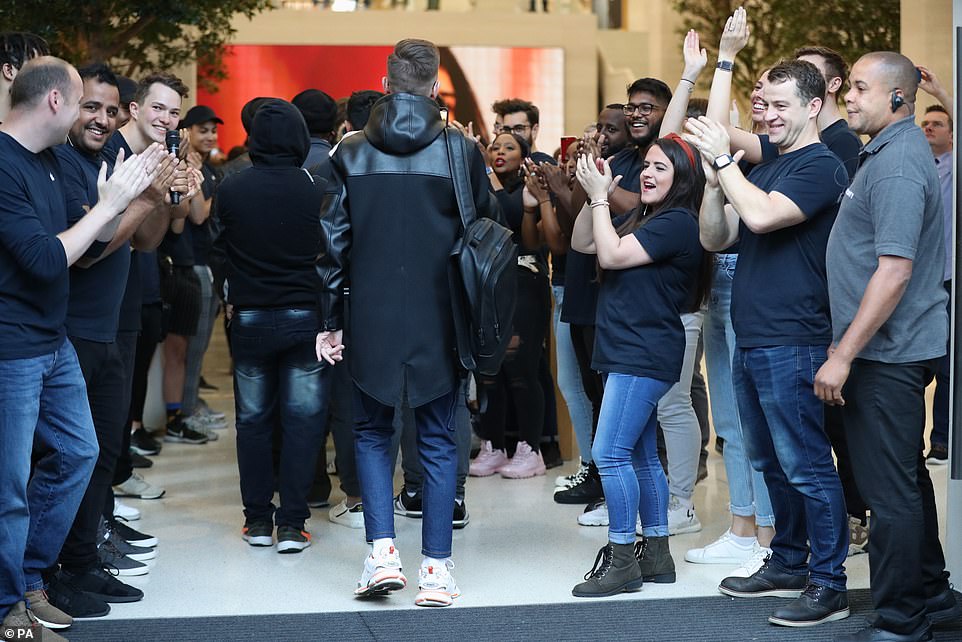 Apple said the new Pro devices are the ‘most advanced and most powerful’ the company has ever made, with the first triple rear camera system on an iPhone. On Friday morning customers were applauded as they entered the brand’s Regent Street store in London to collect the new models 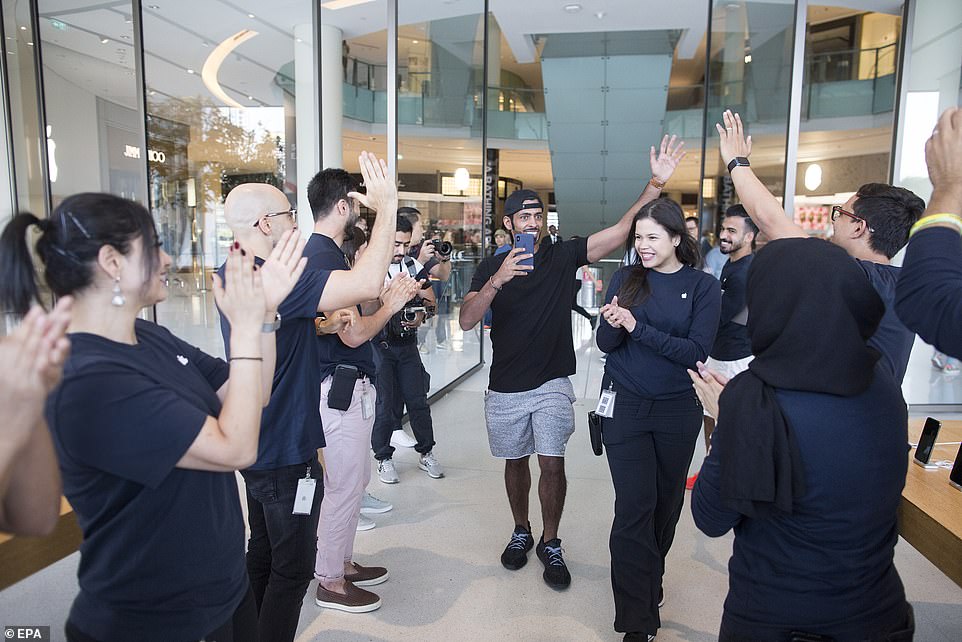 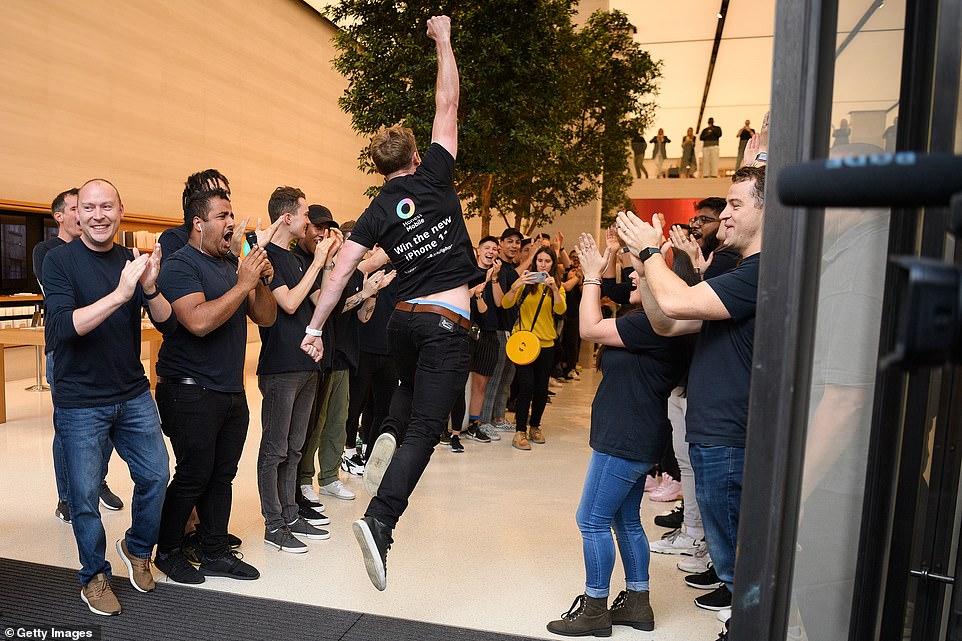 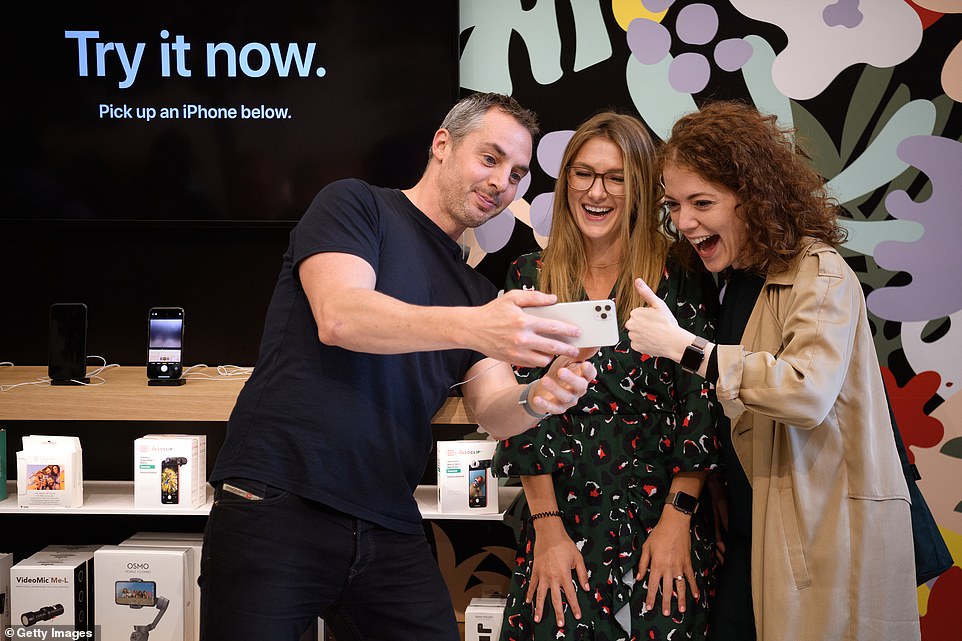 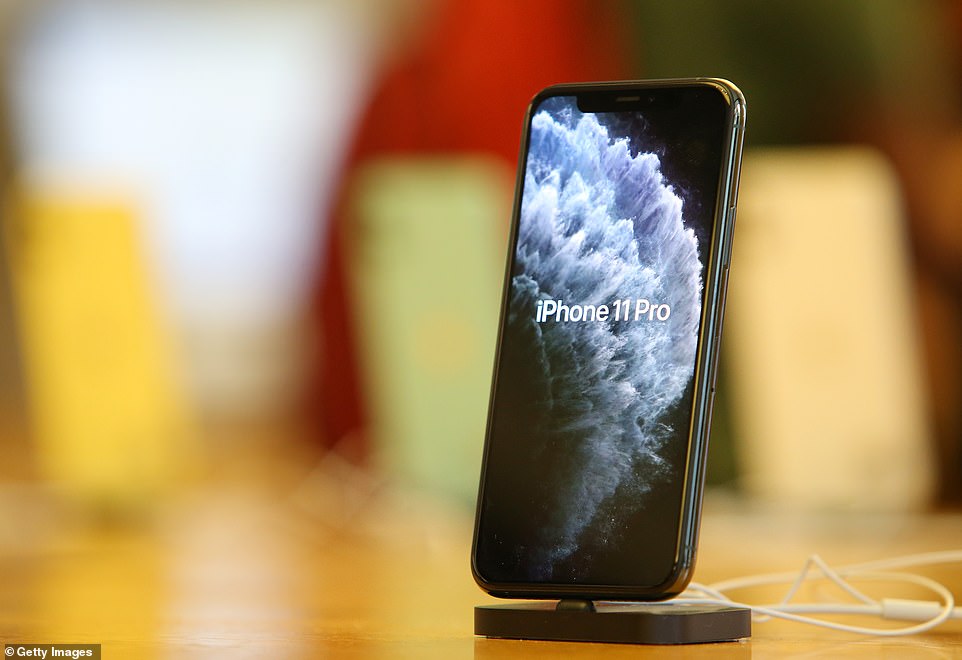 The Pro comes in several colours, including a midnight green, space grey, silver and gold

Muhannad Al Nadaf, 21, was the first in Sydney to get the new iPhone.

After five years of trying, Mr Al Nadaf finally came out on top after queuing from 3am.

‘There are a lot of clubs on this road, all the drunk people were coming out and they kept abusing me,’ he told CNET. 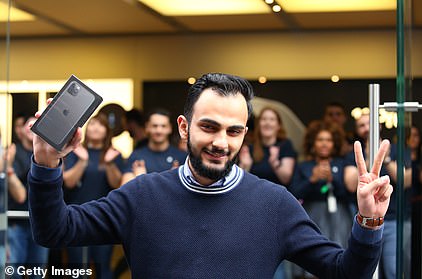 Muhannad Al Nadaf was the first to get the new iPhone

Mr Al Nadaf had to remain standing while the council cleaned the floor as he had not brought a chair.

He bought the iPhone 11 Pro Max in Space Grey and was keen to test out the new tri-camera.

But the number of those queuing for Apple launches has dwindled in recent years as more people choose to pre-order the phone and have it delivered to them, or collect in-store at another time.

All three of the new devices are powered by Apple’s new A13 Bionic processors, which include machine learning capabilities which help make the phones work faster and better optimise battery life.

The firm said iPhone 11 Pro users could see up to five hours’ more battery life as a result of the internal upgrades.

Among the first in the queue outside the firm’s Regent Street store this morning was long-time Apple fan Sam Shaikh, from East Ham, London, who said he had queued since around 4pm on Thursday afternoon.

He said it had been ‘very cold’ overnight but he had blankets and that he was happy to queue for the new phone.

Mr Shaikh, who has queued up for several other Apple launches in the past, added that he was ‘excited to use the new camera’, and that ‘battery life is important too’.

He said he would not queue up for any other gadgets and said you get used to using Apple products and they ‘become part of your life’. 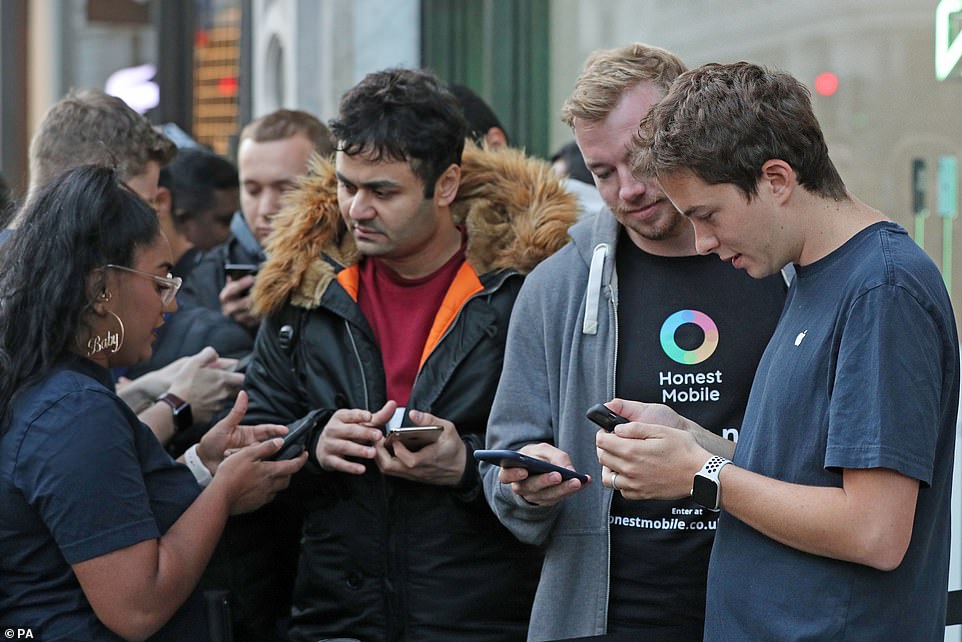 All three devices are also powered by Apple’s new A13 Bionic processors. In recent years the crowds waiting to buy the new phones have thinned as people increasingly pre-order online. But some customers still made it out to the Regent Street store this morning (pictured) 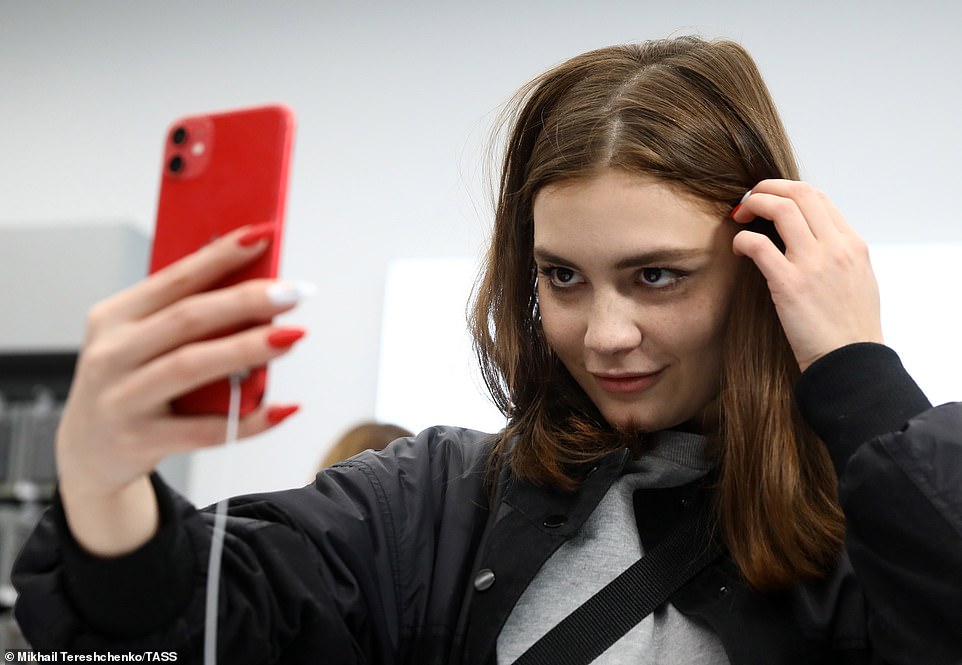 A customer takes a selfie at a phone shop on Tverskaya Street, Moscow, after getting her hands on the new product 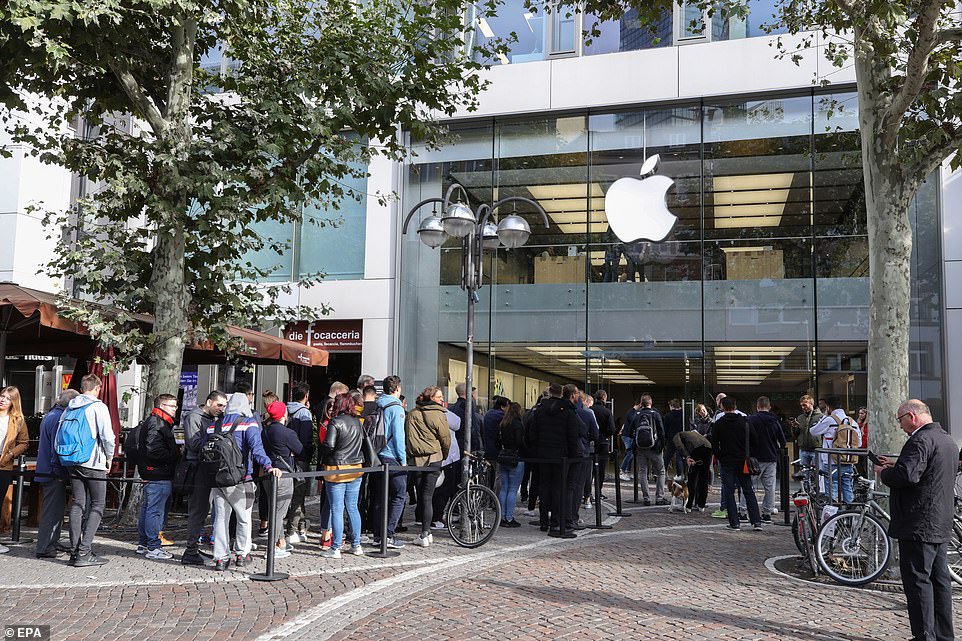 Customers queue outside an Apple store during the start of sales of the iPhone 11, iPhone 11 Pro, and Apple Watch Series 5 at in Frankfurt, Germany 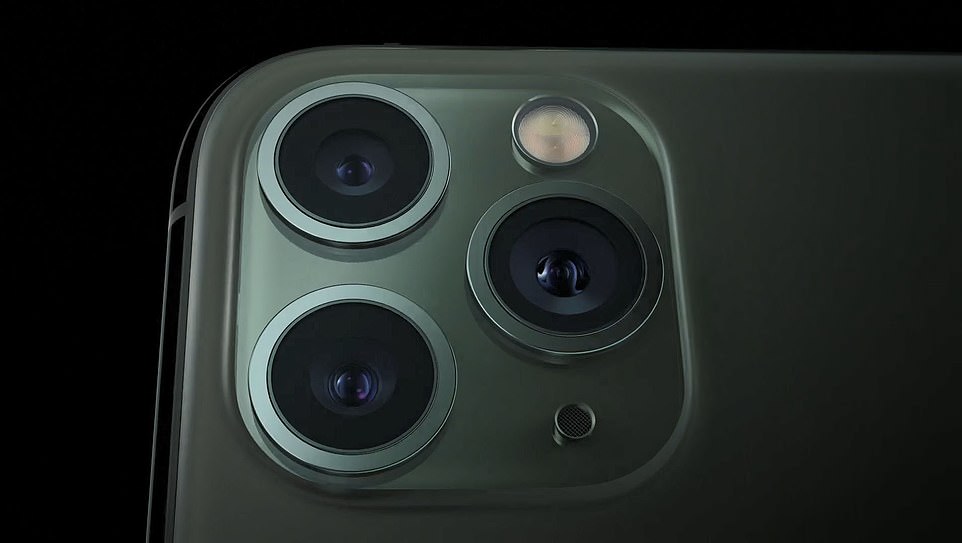 The stainless iPhone Pro boasts three cameras and will be available in four colours, including the new Midnight Green, all with a matte textured finish 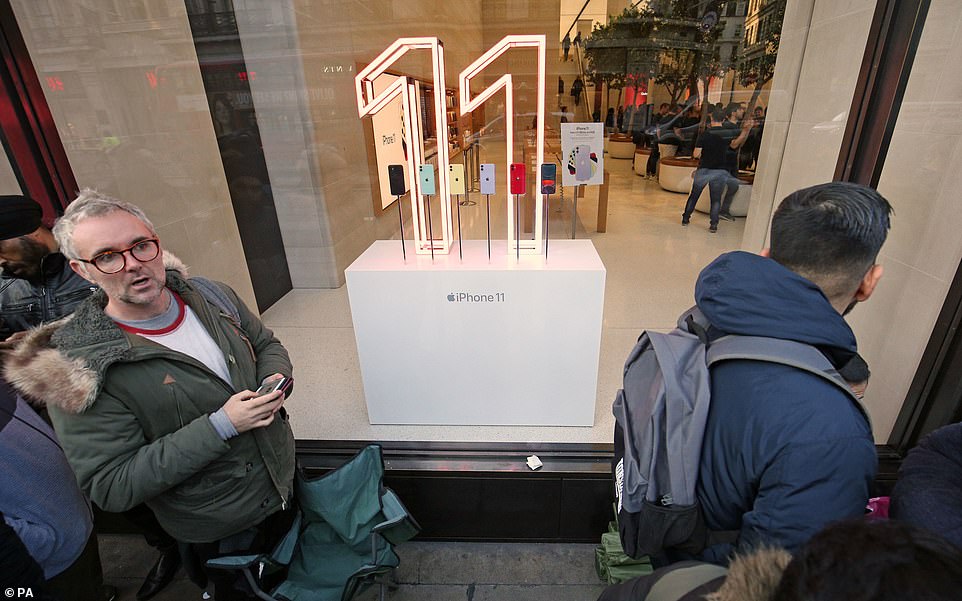 The firm said iPhone 11 Pro users could see up to five hours’ more battery life as a result of the internal upgrades. Pictured: Outside the Regent Street store this morning 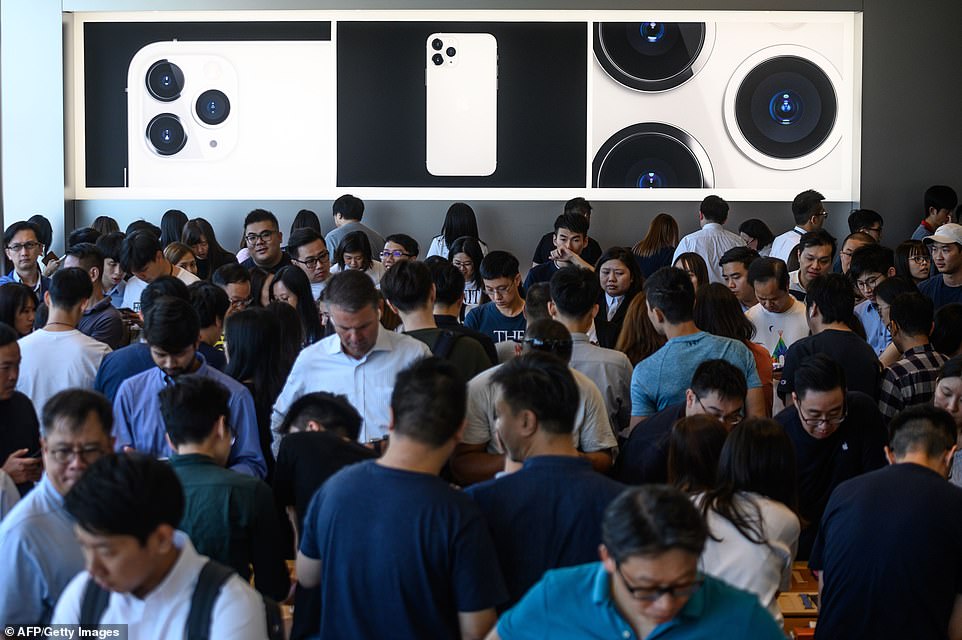 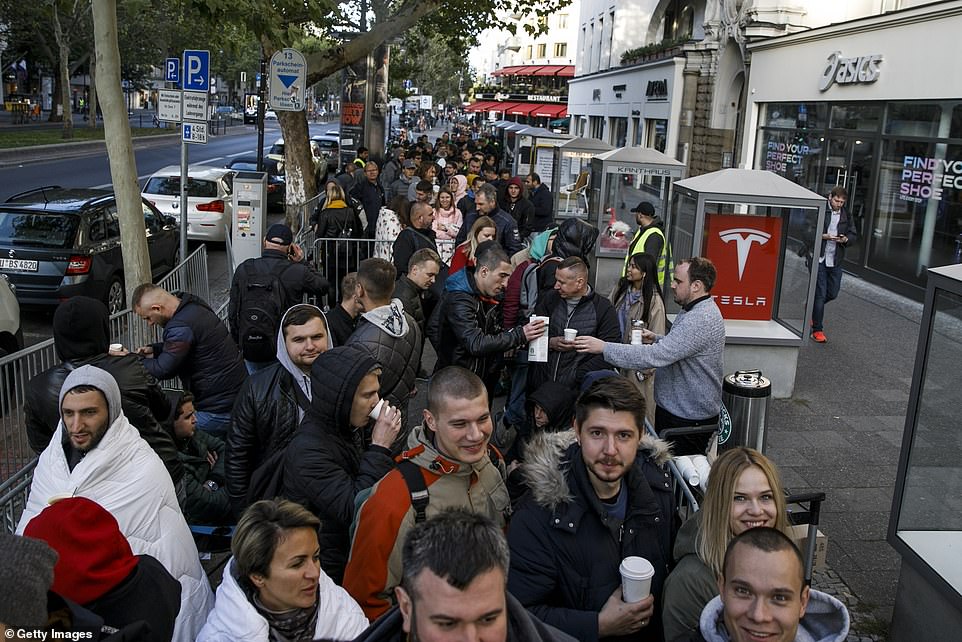 But some customers have branded the new design ‘creepy’, adding that the camera feels like ‘it’s looking at me with three eyes like a spider’.

The new phones are joined by the latest version of Apple’s popular smartwatch – the Apple Watch Series 5 – which has introduced an ‘always on’ display for the first time, as well as a built-in compass alongside a number of software updates.

Pre-orders for the new devices opened last week, and some modest crowds are expected at Apple retail stores on Friday as those who pre-ordered look to be among the first to pick up the new gadgets. 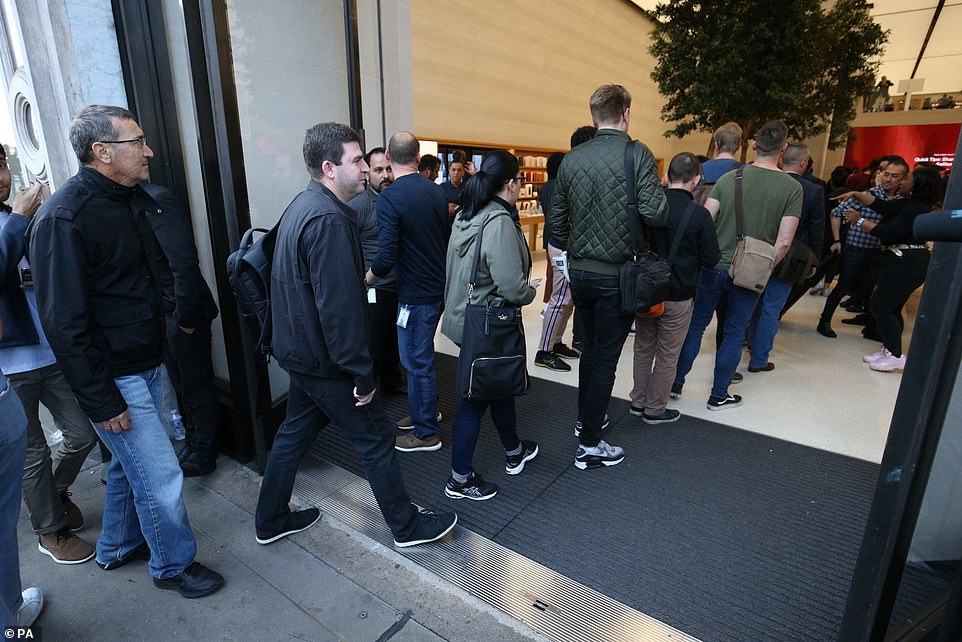 The iPhone 11, which starts at £729, has a dual rear camera system and a 6.1in Liquid Retina display. Pictured: Outside the Regent Street shop in central London today 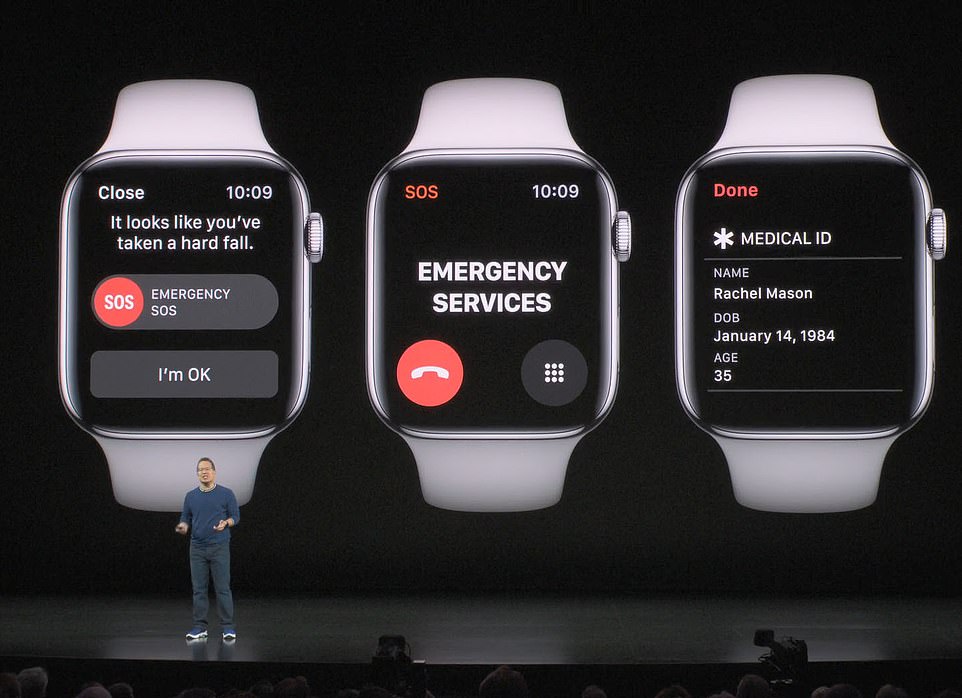