Apple has reportedly hired a former Tesla software expert – a strong indicator that work is still progressing on its long-awaited Apple Car.

The Cupertino firm has hired Christopher Moore, a former Tesla Autopilot software director, who allegedly had a disagreement with Tesla boss Elon Musk, according to Bloomberg.

Moore is reporting to Stuart Bowers, another former Tesla executive who joined Apple last year, the report says, citing insiders ‘with knowledge of the matter’.

Little is known about the Apple project, which is codenamed Project Titan, although previous reports suggested the product could hit the market by 2024.

Apple Car could come in the form of a physical vehicle or even a self-driving software system offered through a traditional carmaker, like iOS for cars.

Apple has reportedly hired Christopher Moore, a former Tesla software expert – a possible indicator that its long-awaited Apple Car may finally be on the way 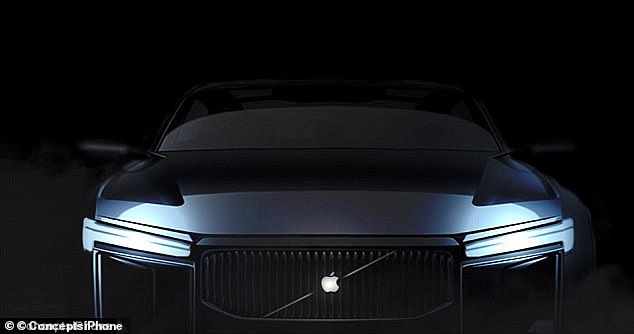 Apple has been working on a car project since 2014 under the code name Project Titan. Pictured is a possible Apple Car prototype created by ConceptsiPhone

WHAT DO WE KNOW ABOUT APPLE CAR?

Apple Car is the long-rumoured self-driving car project of the Cupertino tech giant.

Apple Car could come in the form of a vehicle or a self-driving software system available in other car makes.

Apple has enlisted the services of outside partners for elements of its car, including lidar sensors, which help self-driving cars get a 3D view of the road, sources familiar with Apple’s plans previously said.

Apple Car will reportedly will be powered by breakthrough ‘monocell’ battery technology that could radically reduce costs and increase the vehicle’s range before a recharge is needed.

It remains unclear who would assemble an Apple-branded car, but sources have said they expect the company to rely on a manufacturing partner to build vehicles.

Apple Car could hit the market in 2024, although the Covid pandemic may have delayed a rollout.

MailOnline has contacted Apple for comment regarding the recent hiring.

‘The move suggests Apple is plowing ahead with attempts to develop self-driving technology, a high-stakes race with automakers such as Tesla,’ Bloomberg says in its report.

‘Moore is joining a division known for its secrecy – Apple has never publicly laid out its car plans – and frequent turnover.’

At Tesla, Moore implied that Musk had overstated the capabilities of Autopilot, Tesla’s suite of of advanced driver-assistance system features, Bloomberg said.

As of Tuesday afternoon, Moore’s LinkedIn page still has him as working for Tesla as Autopilot software director, suggesting the appointment is very recent.

The head of Apple Car’s efforts, Doug Field, joined Ford in September. At Apple, Field was ‘vice president of Special Projects’ – a team that designs prototypes and eventually launches next-gen products for Apple.

Apple Car is undoubtedly one of its ‘special projects’, following the likes of the Mac computer, the iPhone, the iPad and the Apple Watch.

Apple has been working on Project Titan since 2014, so Apple Car will have represented at least a decade’s work if and when the product does come to fruition. 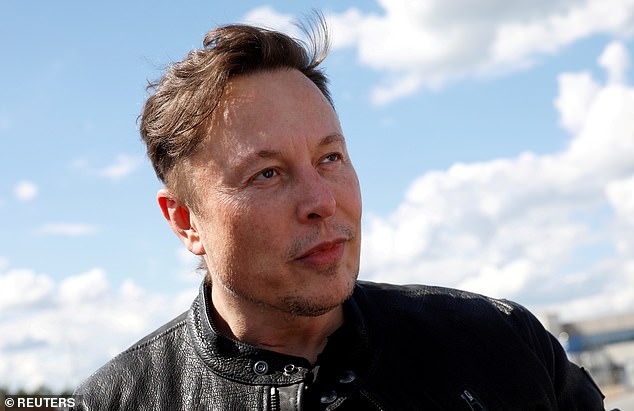 Apple CEO Tim Cook confirmed Apple is working on such a project in a brief interview with Bloomberg in 2017, although he said his firm is ‘focusing on autonomous systems’ more than a physical vehicle.

‘We sort of see it as the mother all AI projects,’ Cook said in the interview. ‘It’s probably one of the most difficult AI projects to work on.’

The firm is targeting 2024 to produce a passenger vehicle, according to sources cited by Reuters at the end of last year, although the Covid pandemic may have pushed this back. 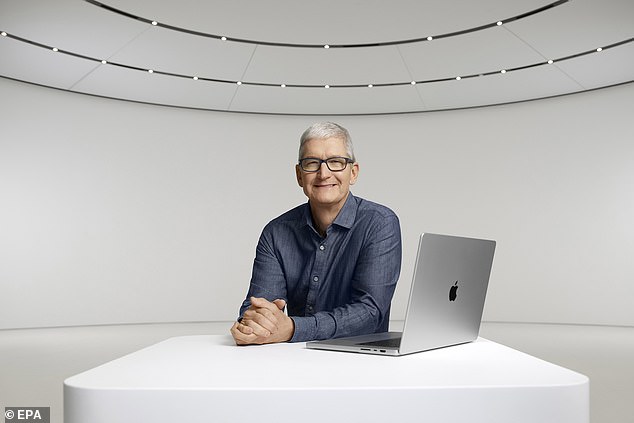 Apple CEO Tim Cook (pictured) confirmed Apple is working on an autonomous car project, calling it ‘the mother of all AI projects’

Apple executives met with Toyota in Japan in September 2021 as part of efforts to realise its Apple Car, DigiTimes reported at the time.

Apple is reportedly laying the groundwork for suppliers to help build the vehicle and get it to market by 2024.

The firm, led by Tim Cook, is also said to have met with South Korea’s SK Group and LG Electronics last month on the secretive project.

The car will be powered by ‘monocell’ battery technology that could radically reduce costs and increase the vehicle’s range before a recharge is needed, the sources claimed at the time.

Apple is apparently considering lithium iron phosphate (LFP) batteries, which are inherently less likely to overheat and are therefore safer than other types of lithium-ion batteries.

‘It’s next level,’ the source told Reuters. ‘Like the first time you saw the iPhone.’

It remains unclear who would assemble an Apple-branded car, but sources have said they expect the company to rely on a manufacturing partner.

Apple’s car might feature multiple lidar sensors for scanning different distances. Lidar involves lasers that send out short pulses, which bounce back when they hit an obstacle.

Reuters previously reported that Apple had held talks with potential lidar suppliers, but it was also examining options for building its own sensor.

Back in 2015, Apple board member Mickey Drexler told Business Insider that Steve Jobs considered building a car before he died in 2011.

In 2016, ConceptsiPhone created a video of a possible Apple Car prototype, featuring a wide dashboard display, connectivity to other Apple devices, and the company’s trademark minimalist design.