Apple is developing anti-snooping technology which would prevent police forces from being able to track mobile phone users’ locations or read their messages.

The smartphone and technology giant has patented a way to encrypt the signals sent between mobile towers and users’ phones, protecting them from authorities.

The innovation, reported by The Telegraph, would inhibit the use of so-called ‘Stingray’ boxes which act like mobile phone masts and are used to track users’ locations or listen in on their calls.

Stingrays, which are also known as IMSI catchers, are used by some police forces in the UK, but the extent of their use has not been revealed.

They can then pinpoint a phone’s location and listen in on calls or read messages. 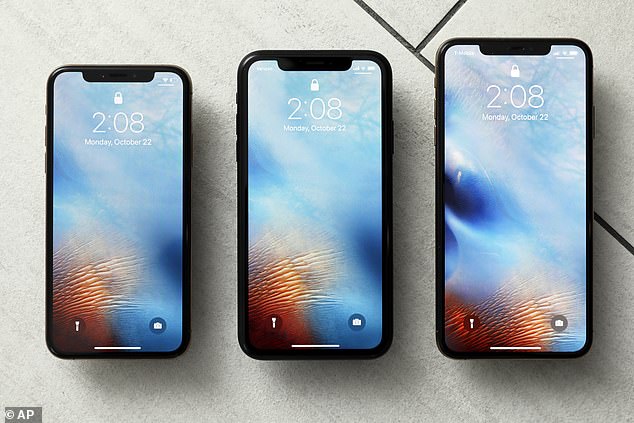 Their use is controversial because, as well as targeting suspects’ phones, they collect data from thousands of other devices at the same time, which could be seen as an infringement on privacy.

Stingrays could also be used by hackers to hoover up public data.

Apple’s proposal in the patent would apply end-to-end encryption to a phone’s unique ID as it travels across a network.

The ID, which is known as a mobile subscriber identification number, would be scrambled under the encryption and therefore a device would likely be protected from eavesdropping.

However, the encryption would not mask the contents of messages, but would still make it much harder to trace the device they came from.

Privacy campaigners are likely to welcome the technology should it be developed, but police and security services have said in the past that encryption allows terrorists to plan attacks and allows criminals to evade detection.

But Apple boss Tim Cook has defended encryption and said it ‘keeps the public safe.’

In 2016, the company fought the FBI over their desire to be given access the encrypted phone of Syed Farook, who killed 14 people in the San Bernardino shooting. 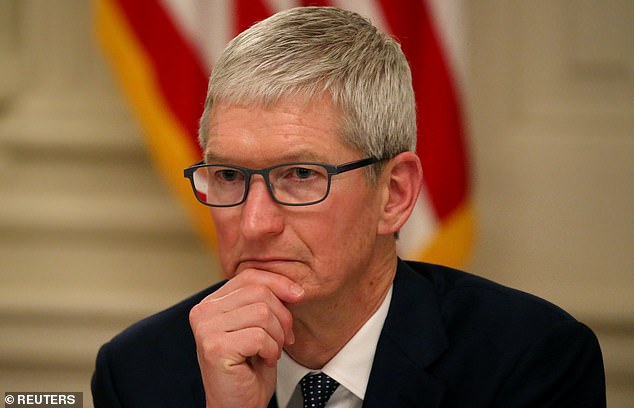 Apple boss has defended the company’s use of encryption, saying that it ‘keeps the public safe’

They have also criticised British legislation that may weaken encryption.

It is unclear if Apple’s new patent, which was filed in 2017 and published in February, will be used in future technology.