Hundreds of new emojis are finally here with Apple’s iOS 11.1, which was released today.

The full set of new emojis includes more smiley faces, gender-neutral characters, new clothing options like a trenchcoat and a headscarf, and fun mystical creatures such as vampires and genies.

The emoji set also includes new flags for England, Scotland and Wales – which may be a hit with sports fans.

The new emoji set will include mystical creatures such as mermaids and mermen, fairies, vampires and mages, amongst other additions

The iOS 11.1  update is available for free for iPad and iPhone.

Follow the on screen prompts, and the update will be downloaded and installed.

iOS 11.1 comes with a plethora of bug fixes and security updates.

In particular, it fixes the KRACK vulnerability.

The company has also added a new gesture.

If you force-press on the left edge and swipe, you’ll go straight to the next app.

This gesture is much more efficient than double-pressing on the home button.

iOS 11.1 includes the characters Apple announced on World Emoji Day, including everything from male and female zombies to an exploding head smiley face and a breastfeeding woman.

Users will need iOS 11.1 to both send and receive the new characters.

Without it, users won’t find them in the keyboard picker and will only receive generic blocks and broken up emoji in place of the new characters. 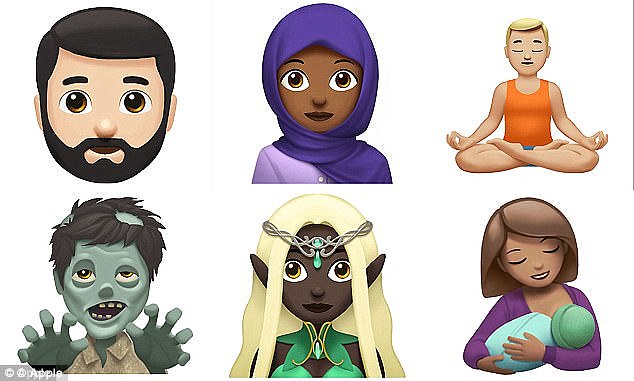 Apple has revealed a look at some of the detailed new emoji set to hit iPhone, iPad, Apple Watch, and Mac later this year. The list includes a bearded man, a woman in a headscarf, elves, a zombie, a person doing yoga, and a breastfeeding woman 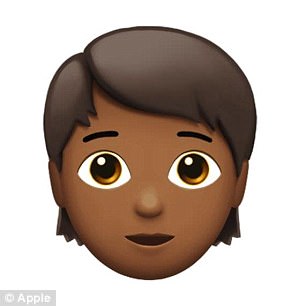 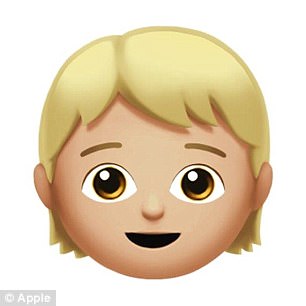 A number of gender-neutral characters of various ages and skin tones are also being added. They were first announced on World Emoji Day

The new emoji set includes mystical creatures such as mermaids and mermen, fairies, vampires and mages.

The new emoji set will also include animals such as hedgehogs, giraffes, crickets and dinosaurs.

And foodies will love the new food emojis, which include apple pie, dumplings, broccoli and a takeout box. 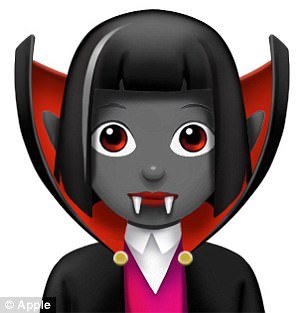 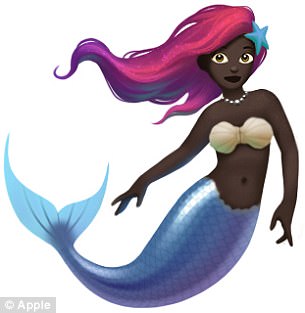 The new emoji set will include mystical creatures such as mermaids and mermen, fairies, vampires and mages 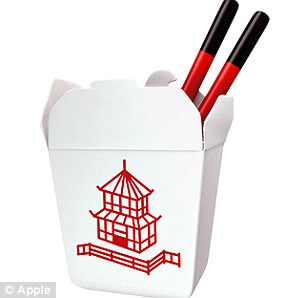 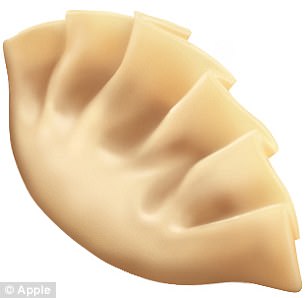 Hundreds of new emojis are coming with Apple’s iOS 11.1 next week, including new food items such as apple pie, dumplings (right), broccoli and a takeout box (left)

Together, the 56 new emoji bring the total number available to 239.

The new Apple emoji’s follow Unicode Consortium’s release of version 10.0.0 late in June of this year, which included everything from fairies and a pretzel to a woman in a steamy shower. 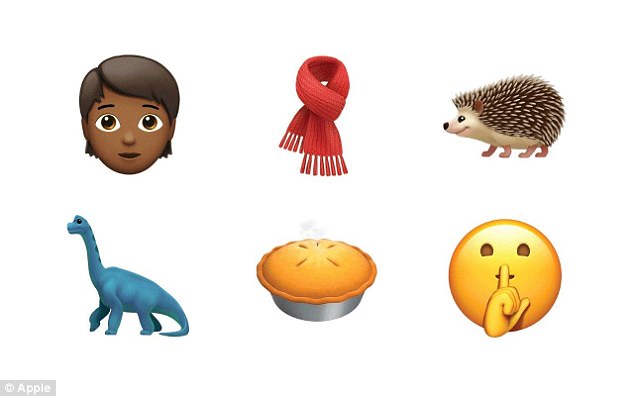 The new emoji set will also include animals such as hedgehogs, giraffes, crickets and dinosaurs 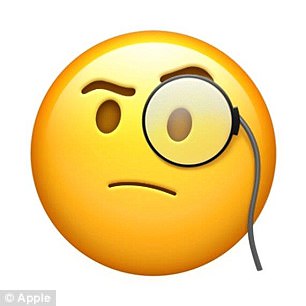 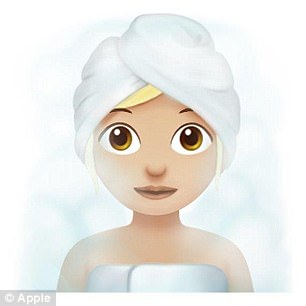 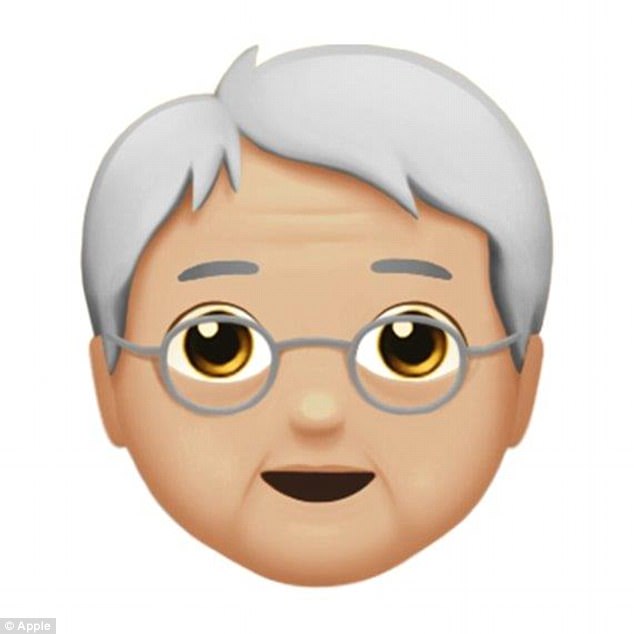 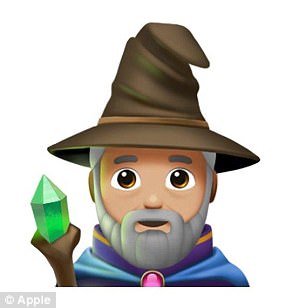 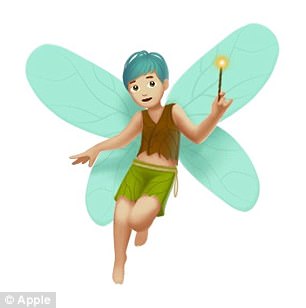 Face With Symbols Over Mouth

Face With Hand Over Mouth 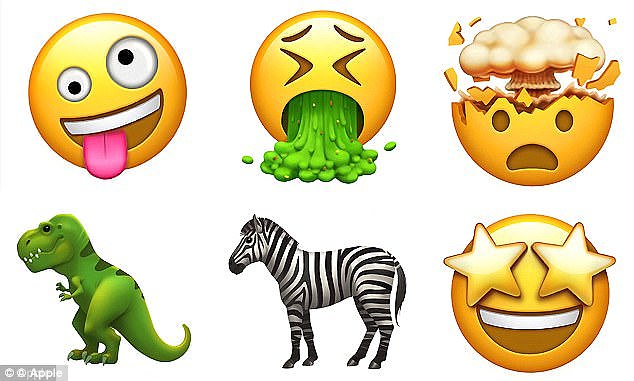 With several new human characters, mystical beings, animals, and food products coming to the ever-growing set of emojis, the firm is seeking to provide even more ways for users to add ‘personality’ to their messages 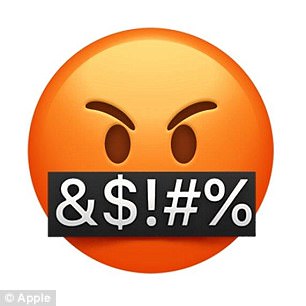 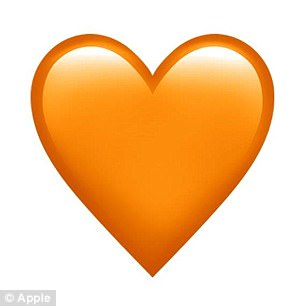 Together, the 56 new emoji bring the total number available to 239. They will include face with symbols over mouth and orange heart 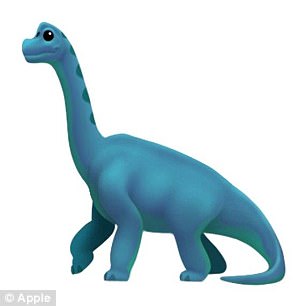 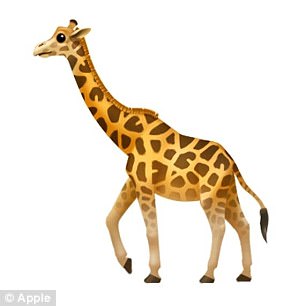 Among the creatures added are this blue sauropod and a giraffe 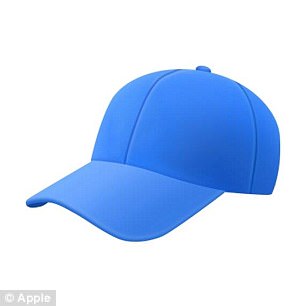 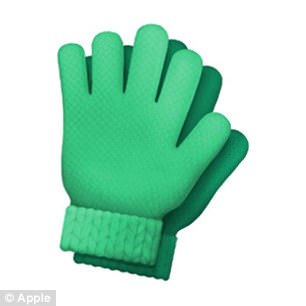 Emojipedia released details on the new emoji, along with a sample image showing visual representations of the additions. 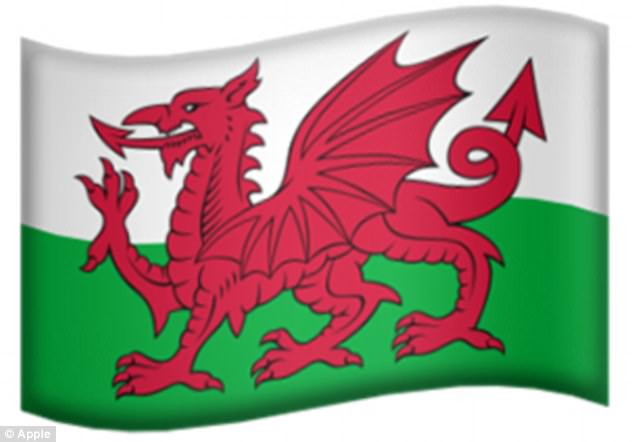 Apple’s new emoji set includes new flags for England, Scotland and Wales (pictured) – which may be a hit with sports fans 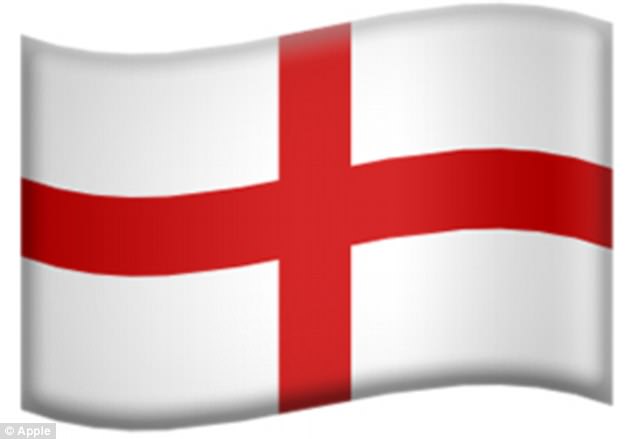 Hundreds of new emoji are coming with Apple’s iOS 11.1.  Pictured is a new English flag emoji 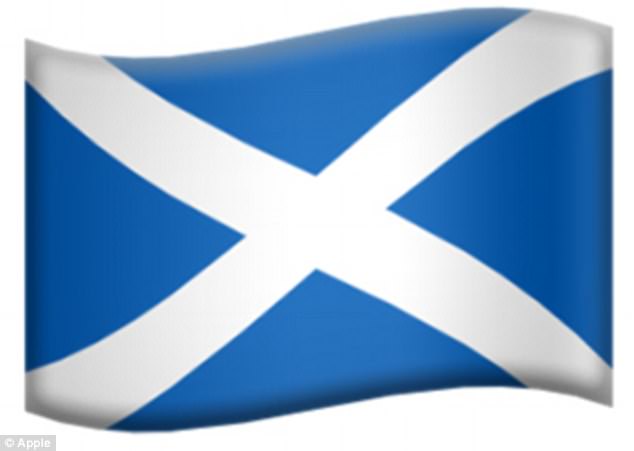 Together, the 56 new Apple emojis bring the total number available to 239. Pictured is a new Scottish flag emoji

‘These additions include four new scripts, for a total of 139 scripts, as well as 56 new emoji characters.’

Various facial expressions were added, including star-struck, face with raised eyebrow, shushing face and a face with hand over mouth.

Apple has followed suit with many of these new additions. 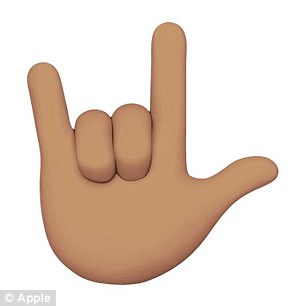 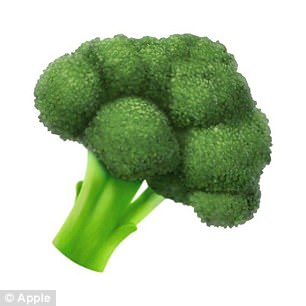 Users will be able to signal their enthusiasm with this ‘rock on’ style gesture, while health conscious foodies will  be able to share their love of broccoli 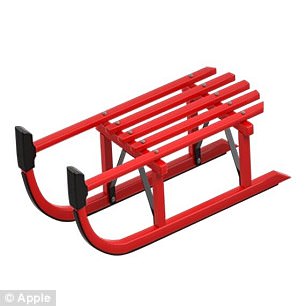 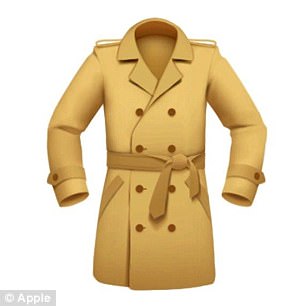 A number of new inanimate objects like this sled will be included, as well as more clothing options like this trenchcoat 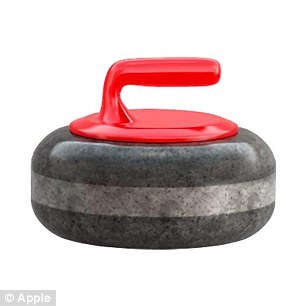 There are small differences between WhatsApp’s new emojis and Apple’s emojis – for example, Apple’s secretary emoji is wearing a purple top whereas WhatsApp’s is wearing a blue top and has a shorter bob

WhatsApp is also getting its own emoji’s for its chat app.

The Facebook-owned company unveiled its own symbols that look similar to those used on Apple, although here are small differences between them – for example Apple’s ghost emoji has a black eye while WhatsApp’s does not.

WhastApp rolled out the emoji for Android beta version 2.17.364 on Monday.