In mid-September, Apple unveiled its new Face ID facial recognition system , which is due to debut with the iPhone X on Nov. 3.

The system lets users unlock their phones just by glancing at them, but has also raised privacy questions and some anxieties over whether someone could force you to unlock your phone by pointing it at your face.

Now, Apple has revealed an in-depth explanation of how the system works – and has admitted young users may struggle.

Phil Schiller, Apple’s senior vice president of worldwide marketing, announces features of the new iPhone X, including Face ID, at the Steve Jobs Theater on the new Apple campus, in Cupertino The system lets users unlock their phones just by glancing at them, but have also raised privacy questions and some anxieties over the ease with which others unlock a user’s phone.

In a security guide published today, the tech giant also recommends that children under the age of 13, twins and even siblings who look similar do not use Face ID due to the probability of a false match being significantly higher for young children.

‘The statistical probability is different for twins and siblings that look like you and among children under the age of 13, because their distinct facial features may not have fully developed.

The company said for normal users, ‘the probability that a random person in the population could look at your iPhone X and unlock it using Face ID is approximately 1 in 1,000,000 (versus 1 in 50,000 for Touch ID).’

Here’s what you need to know about how Face ID works and the precautions Apple has taken for privacy and security.

It didn’t during Apple’s Sept. 12 event – at least initially, when senior vice president Craig Federighi tried and failed to demonstrate Face ID for the crowd before switching phones. Apple explained that handlers mistakenly set off Face ID attempts prior to Federighi’s presentation, which caused the phone to revert to a passcode lock before he took the stage.

While Face ID won’t face an acid test with ordinary users until November, Apple says it should work just fine.

According to Apple, users must enter your passcode for additional security validation when:

IS APPLE GOING TO STORE MY FACE IN THE CLOUD?

Your face isn’t leaving your device.

The iPhone X will store representations of your face in its ‘secure enclave,’ a hardware-based enclosure designed to be resistant to spying and tampering.

The iPhone X allows does allow third-party apps to let you sign in via Face ID, but these outside developers only receive notifications from Apple that you’ve been authenticated or not.

Other apps ‘can’t access Face ID or the data associated with the enrolled face,’ the company said in its security white paper.

The only time your images can leave the phone is when you call Apple’s support service, AppleCare.

If you’re having trouble with Face ID, you can select which images you want to send for diagnostics, the company said.

Face ID uses a TrueDepth front-facing camera on the iPhone X, which has multiple components.

A Dot Projector projects more than 30,000 invisible dots onto your face to map its structure. 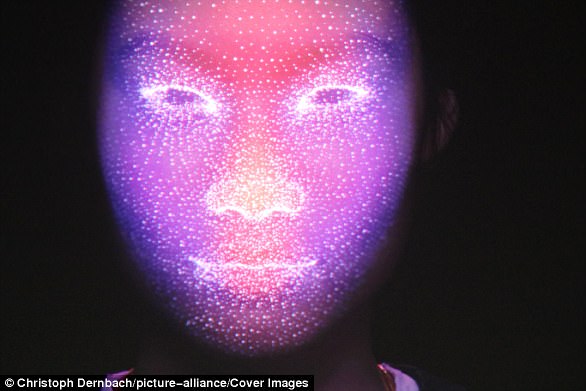 When FaceID is used, a dot projector projects more than 30,000 invisible dots onto your face to map its structure 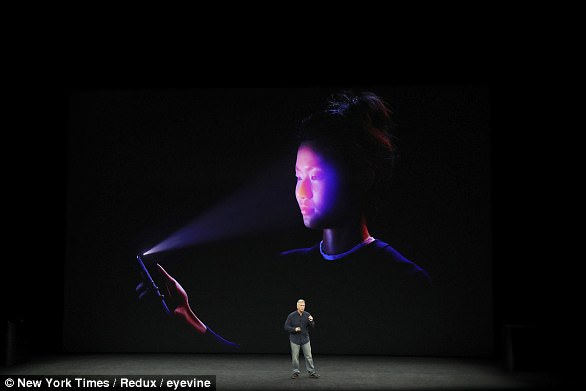 Phil Schiller, senior vice president of worldwide marketing at Apple, speaks about the Face ID feature to unlock the iPhone X during the company’s event at the new Steve Jobs Theater in Cupertino

Face ID captures both a 3-D and 2-D image of your face using infrared light while you’re looking straight at the camera.

Five unsuccessful attempts at Face ID will force you to enter a passcode – which you’ll need anyway just to set up facial recognition. 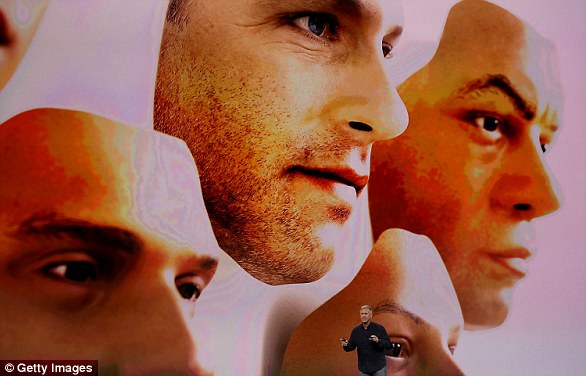 Apple says it trained Face ID with hyperrealistic masks created by Hollywood studios, ensuring a mask of a person wouldn’t be able to fool the Face ID system.

That requires you to come up with a secure string of digits – or, for extra security, a string of letters and numbers – to protect your privacy.

Face ID also adapts to changes in your appearance over time, so it will continue to recognize you as you grow a beard or grow your hair longer.

CAN A BORDER GUARD/JEALOUS SPOUSE/TRAFFIC COP UNLOCK MY PHONE BY POINTING IT AT ME?

Maybe – although Face ID only works if you’re looking at it. So turning away is one emergency measure you could take.

Simultaneously squeeze the iPhone X’s power button and either volume button for two seconds, and it will temporarily disable Face ID by turning the phone off.

Just as with Touch ID, the phone requires a passcode after a restart.

The process essentially turns your phone into a brick for anyone who doesn’t know your passcode.

SUPPOSE I SHAVE MY HEAD OR GROW A BEARD? WILL MY PHONE STILL KNOW ME?

Apple says its algorithms learn to adapt to appearance changes over time.

The system keeps recent images and uses them to allow unlocking if they are close enough to the registered image.

But if you undergo a sudden changes in appearance – like shaving a beard, for instance – the phone will only add the new image to its library if you follow a failed Face ID attempt by immediately entering your passcode. 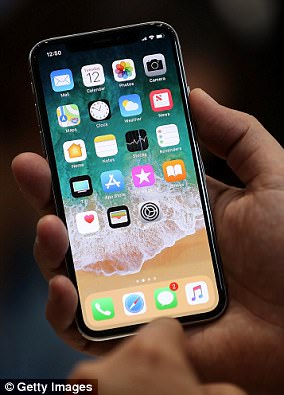 Apple’s iPhone X will go on sale on November 3rd