A BA passenger has claimed he was accused of stealing an iPhone on a flight and searched at gunpoint by police because he was ‘the only black man on the plane’.

Apple worker Jonathan Vardon, 26, said he was singled out by other travellers and wrongly accused of theft on the BA flight from Gatwick to Barcelona.

He claimed that him and two friends were forced to turn out their underwear and said that they were not given an apology later.

Jonathan Vardon, 26, said he was singled out on a BA flight and accused of stealing an iPhone by a fellow passenger

Mr Vardon said he was the only black person on the flight and was accused by a fellow passenger of taking his phone when it went missing.

The passenger had left the phone in the plane’s toilet.

He took to Twitter and wrote: ‘What a surreal experience. I was wrongly accused of theft on a BA flight from London to Barcelona.

‘My friends and I were searched by armed police and there was no apology. I was the only black person on the flight.’ 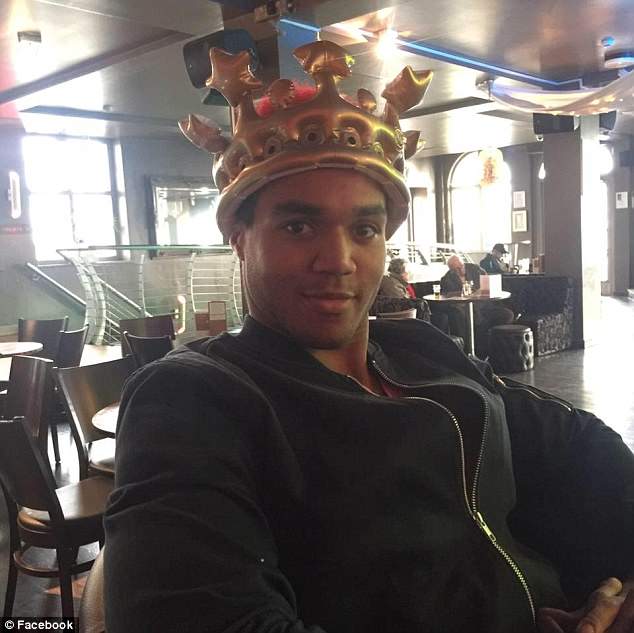 Mr Vardon, who works at an Apple store in London, told the Mirror: ‘It felt like other passengers singled me out because I was the only black man on the plane. It was mortifying.’

His partner Drew Clauson, 58, described the incident as outrageous before saying that several people could’ve used the bathroom.

He also said that Mr Vardon’s easy-going nature meant that the 26-year-old immediately turned out his pockets.

He said: ‘Jonathan, being so easy-going, did [turn out his pockets] and we thought that was that.’ 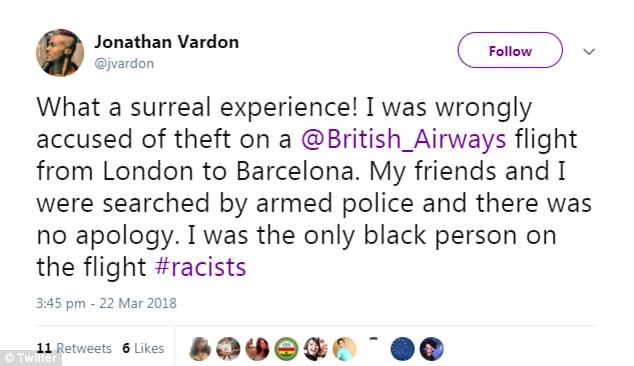 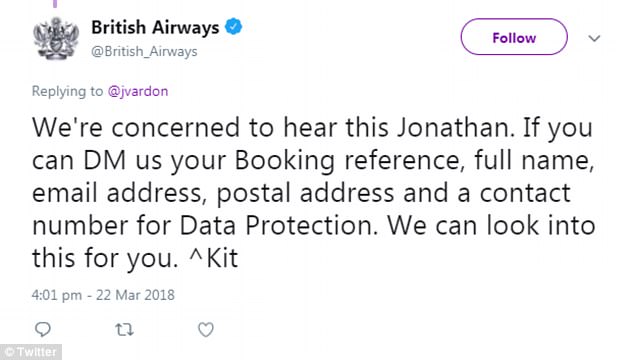 But despite being searched on the plane, they were later met by seven police officers when they arrived in Barcelona.

The officers were armed with machine guns and searched the group, though they were released when nothing was found.

Mr Vardon said that despite the terrifying experience, he hasn’t received an apology.

A spokesman for British Airways said: ‘The allegation of theft was made by one of our customers and at their request we reported it to the police.’

They earlier responded to Mr Vardon on Twitter, saying: ‘We’re concerned to hear this Jonathan. If you can DM us your Booking reference, full name, email address, postal address and a contact number for Data Protection.

‘We can look into this for you.’