Apprentice star Karren Brady cannot be a victim of the BBC gender pay gap – because it’s written into her contract.

In a new TV documentary that she is presenting this week, Brady reveals that she has a clause in her deal guaranteeing parity.

‘I absolutely insisted on it being put into the contract’, she says on Why Do Men Earn More Than Women?, due to be screened on Channel 5 on Wednesday.

But Baroness Brady, one of two aides on The Apprentice, last night admitted that the clause did not mean she earns the same as tycoon Lord Sugar, who hires and fires the contestants. She told The Mail on Sunday: ‘I get paid the same as Claude Littner, who does exactly the same role as me.’

The BBC was heavily criticised last summer when it revealed that of its 96 best paid staff, all of whom earned £150,000 a year or more, two-thirds were men.

There was also a huge disparity between its highest paid male presenter, Radio 2 DJ Chris Evans, who was earning £2.2 million a year, and Strictly’s Claudia Winkleman, the highest paid woman, who was on £450,000. 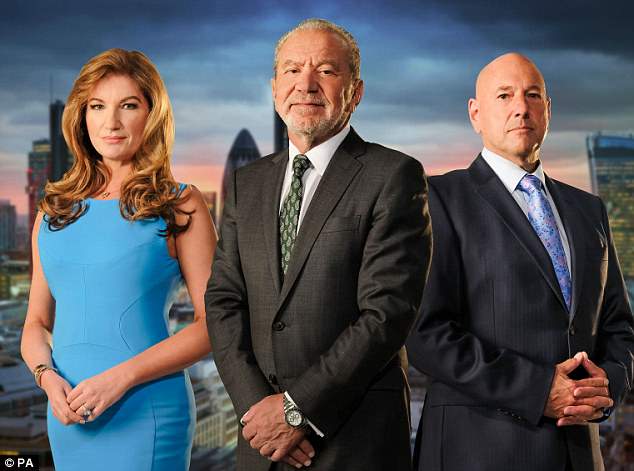 She said: ‘Matt and I have never discussed wages but I assumed we got paid the same.’

Although Brady was able to negotiate her own favourable terms, other female BBC stars have not been so lucky.

Julia Bradbury, who has worked on Watchdog and Countryfile, tells Brady she was on friendly terms with many of her male colleagues and knew they were paid more than her. She admits that while it made her more ‘bullish’ in negotiations, it failed to win her a better deal.