April Love Geary and Robin Thicke have revealed they are having a girl.

The couple announced the happy news at a gender reveal dinner party they threw for loved ones at the exclusive restaurant Catch LA.

April, 24, and Robin, 41, revealed the gender of their child by slicing open their decadent chocolate cake – which was overflowing with pink sauce.

‘Going to have another daddy’s girl’: April Love Geary and Robin Thicke have revealed they are having a girl

‘IT’S A GIRL!’ April wrote excitedly on her Instagram stories.

She also shared a snap of herself kissing Robin with the sweet caption, ‘Going to have another daddy’s girl!!! I love you baby!’

Loved ones cheered and enthusiastically congratulated the couple after they shared the big news.

Friends gave Robin high fives as one cheerfully announced, ‘I knew it was a girl!’ 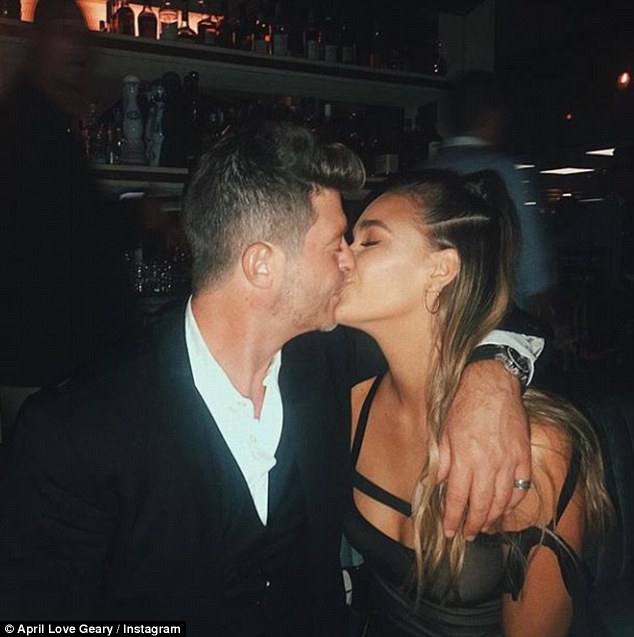 Happy parents: The couple celebrated the big news with a kiss 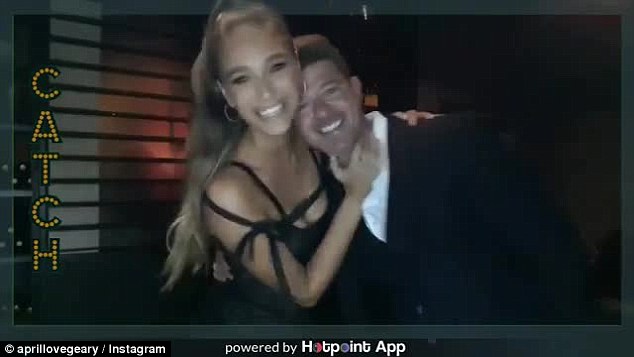 Big news: Loved ones cheered and enthusiastically congratulated the couple after they shared the big news 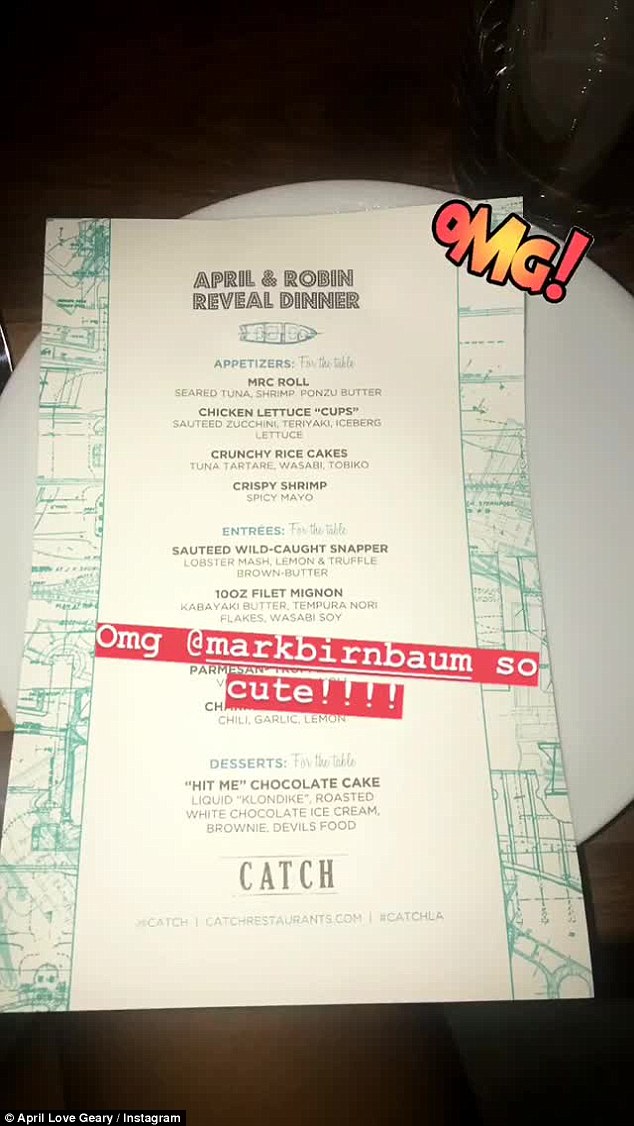 Personalized: The couple really went all out for their dinner, even creating a customized menu for their guests

The couple really went all out for their dinner, even creating a customized menu for their guests.

April announced she was expecting her second child with crooner Robin via social media on Tuesday.

The star welcomed her first child with Robin in February and has been updating her 145,000 Instagram followers with little Mia’s progress ever since. 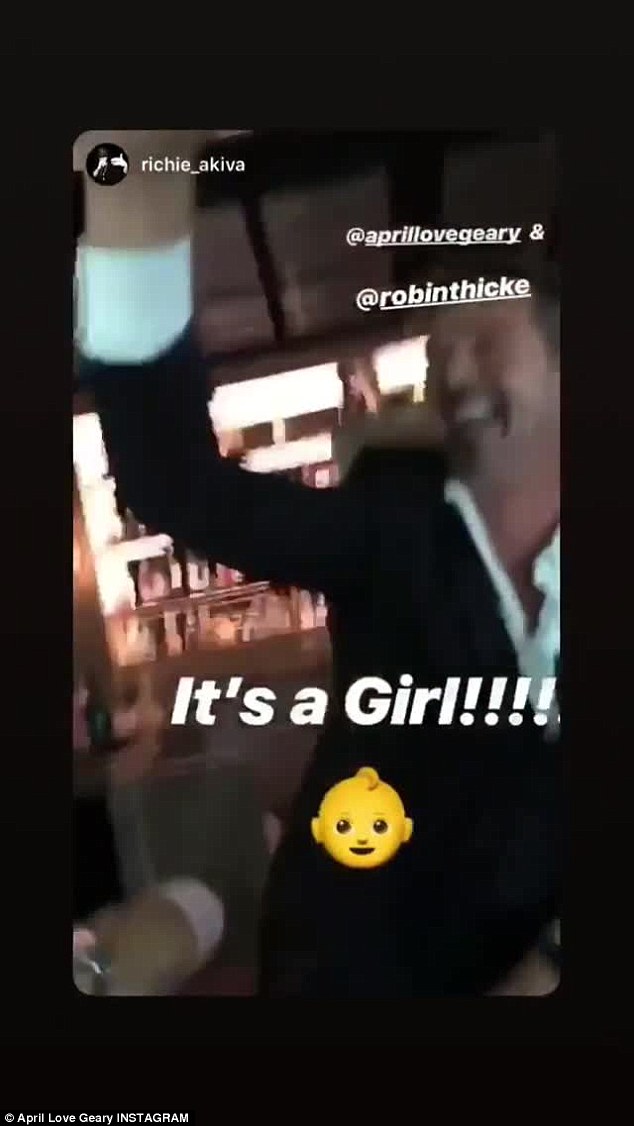 Congratulations! Thicke gave a friend a high-five after the big news was revealed 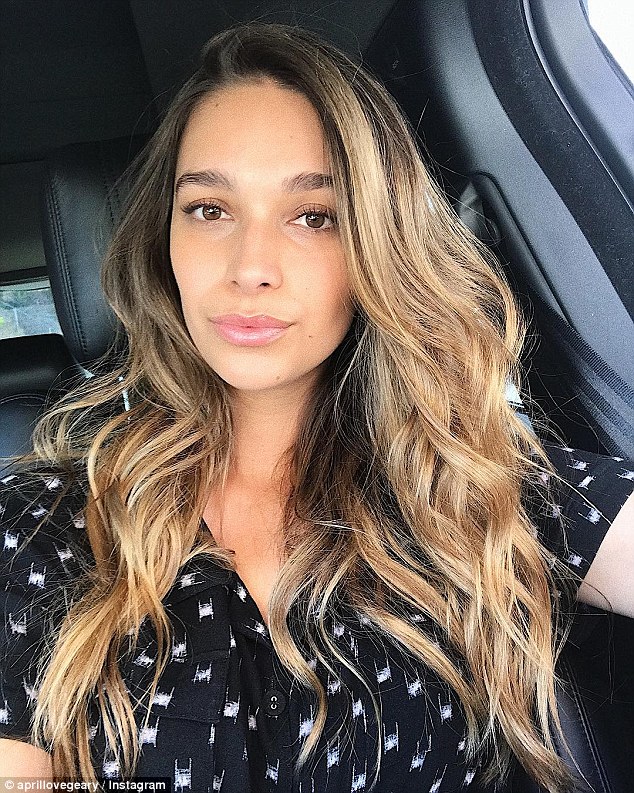 Social media sauve: April has been regularly updating her 145,000 Instagram followers since little Mia was born in February 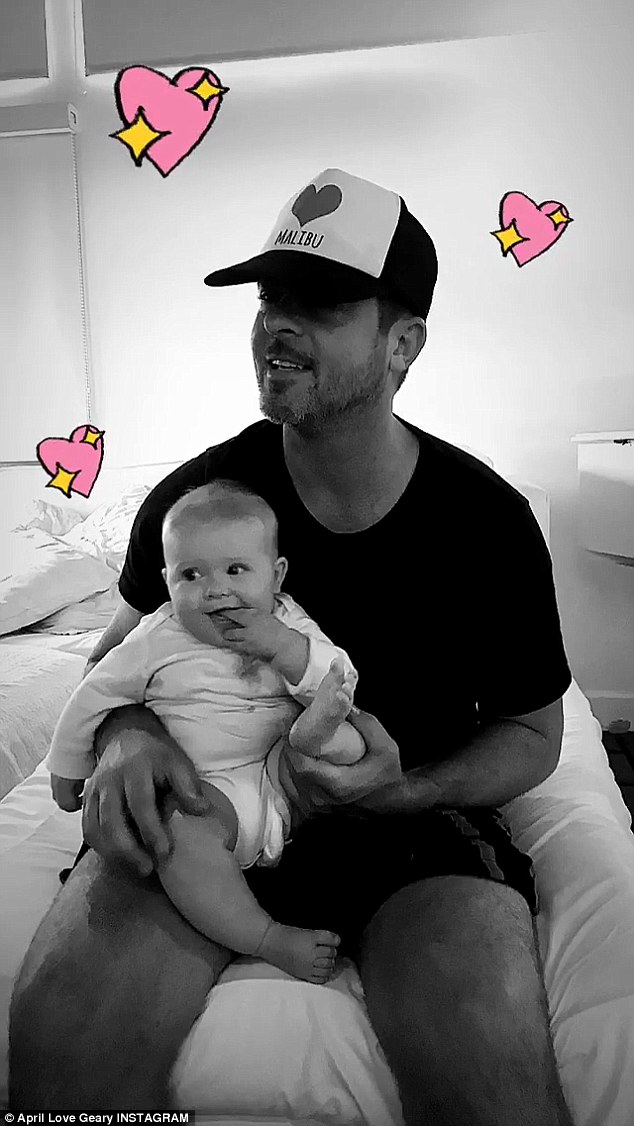 Growing family: Mia is Robin’s first child with April; he also has an eight-year old son with ex-wife Paula Patton

And then on Tuesday, she announced they were expecting baby number two in the caption of a picture of Mia.

‘Well someone is going to be a big sister next year!’ she wrote. ‘We’re so excited to share with y’all that I’m expecting again! We find out Saturday if it’s a boy or a girl! What do you guys think it’s going to be? Forgot to mention the due date is Robins birthday.’

That means April is about 12 weeks along in her pregnancy and that the due date is March 10. 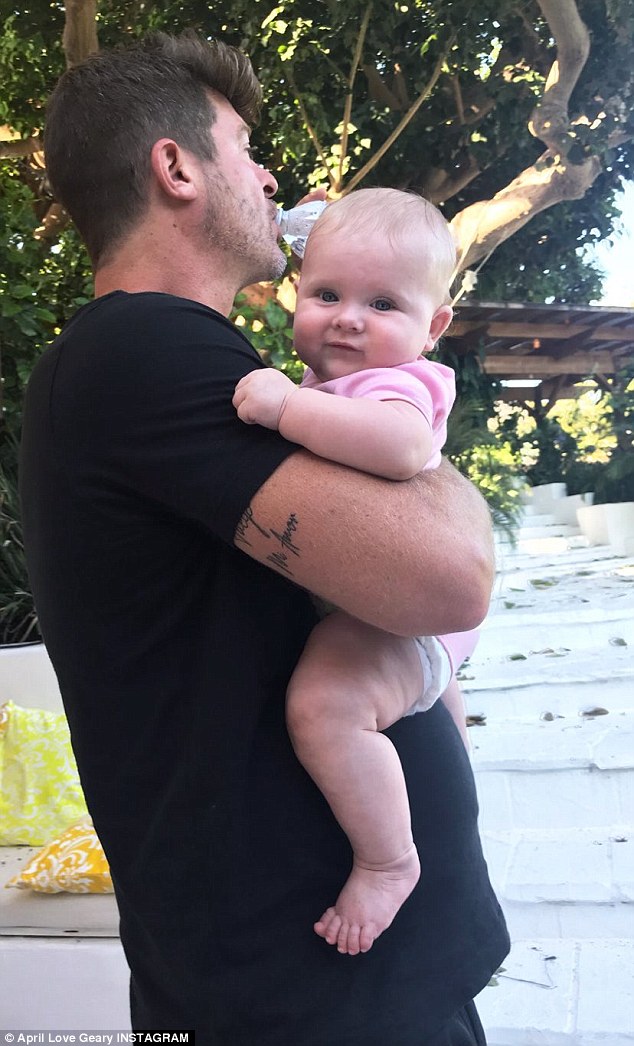 The countdown is on! Baby number two for the happy couple is due on March 10, which is Robin’s birthday

Although the couple eventually wanted another baby, news of the second pregnancy was unexpected. April had just started birth control and then woke up one morning feeling nauseous.

‘I wanted to have them be close in age but it just happened to be very close in age haha,’ she revealed in another social media post.

April and the Grammy nominated singer started dating not long after his split from ex-wife Paula Patton in 2014.

Sadly, April recently revealed to fans that she suffered a miscarriage before giving birth to her daughter in a candid Ask Me Anything session on Instagram.

The model also disclosed that this most recent pregnancy was unplanned. 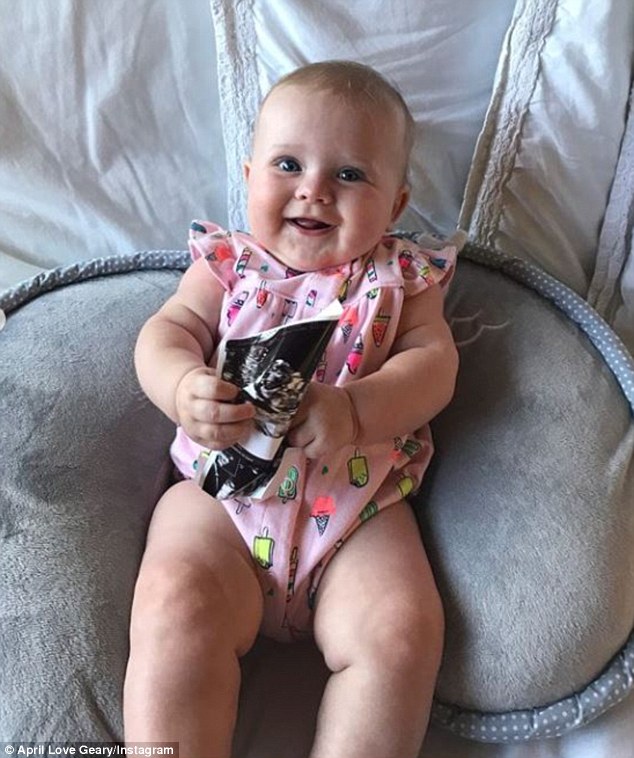