A leading architect has been ordered to demolish his award-winning home despite being granted permission for the project five years ago.

Amin Taha was granted permission in 2013 to transform the 1950s building in east London’s trendy Clerkenwell into a plush six-storey office and apartment block.

Situated on the site of an 11th century Norman Abbey and in the shadow of the Grade I-listed St James Church, the property comprises a two-storey office and eight flats, including a penthouse from him and his family.

But Mr Taha, who recently became a father, has now been ordered to demolish the property by Islington councillors who said they were ‘extremely upset’ with the ‘horrible’ building.

Born in Berlin to Iraqi and Sudanese parents, Mr Taha moved to Southend-on-Sea aged seven and went on to study at the University of Edinburgh.

He bought the original 1950s property some seven years ago before he was granted permission to knock it down and built in its place the six-storey limestone structure. 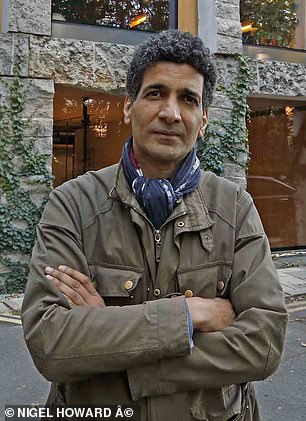 Mr Taha is waged in a bitter war with Islington Council

Hailed an ‘architectural triumph’ by the Royal Institute of British Architects (RIBA), the £4.65million project has won two awards.

But he is now waged in a bitter war with councillors who have served an enforcement notice.

Councillor Martin Klute, vice-chairman of Islington’s planning committee, said at a meeting in June last year: ‘The problem he’s got is that the building looks nothing like the approved drawings, and the stonework on the front actually protrudes beyond the building line. It’s not within the boundaries he applied for.

‘And the building is actually a storey-and-a-half higher than the drawings showed.

‘We are extremely upset he’s built it higher than what he’d made it look like. It’s extraordinary.

‘The building just looks so unlike the drawings the council got. It’s hard to believe how it could be built like that. Design is a matter of taste but I’ve not met anyone who has said it’s an appropriate design next to a grade I-listed church. The building is awful.’ 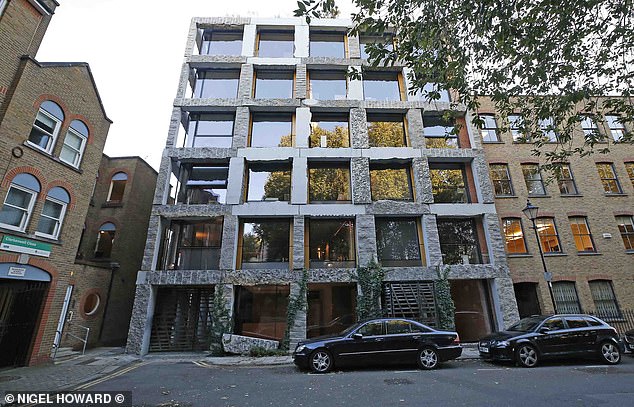 An Islington Council spokesperson said: ‘After an investigation, the council has come to the view that the building at 15 Clerkenwell Close does not reflect the building that was granted planning permission and conservation area consent in 2013.

‘In the council’s view, the existing building does not benefit from planning permission, and the council issued an enforcement notice on 26 February 2018, to take effect on 9 April 2018.

‘The owners of the site appealed that enforcement notice on 6 April 2018, and the case will now be handled by the Planning Inspectorate.’