Are Jasmine Yarbrough and Karl Stefanovic expecting a baby?

But speculation is growing that Karl Stefanovic and Jasmine Yarbrough are taking another step forward in their relationship.

According to this week’s OK! magazine, several fans of the couple have suggested there could be a baby on the way.

Baby on the way? Fans speculate Jasmine Yarbrough is pregnant after she exchanges vows with Karl Stefanovic at intimate commitment ceremony in Palm Beach

The magazine reported that the ceremony prompted some people to question whether the shoe designer was expecting.

It was a theory that seemed to be echoed over at the Today show’s official Facebook page.

After sharing photos of Karl and Jasmine’s special day, fans were quick to weigh in with their opinions.

‘She looks pregnant?’ Fans took to the comments section of the Today Facebook page to weigh in with their opinion that Jasmine could be expecting

Among the comments were several fans who thought a little bundle of joy could be set to arrive.

‘She looks pregnant? Why else hold a commitment ceremony?’ questioned one fan.

They added: ‘Why not just wait a decent amount of time has passed from the divorce and then get married… my money’s on a baby.’

Another chimed in with: ‘Just waiting for the baby announcement’

Meanwhile, someone else appeared to share the same opinion, commenting with a Gif of a pregnant Beyoncé.

Karl’s manager Sharon Finnigan has previously denied rumours of a pregnancy, describing reports as ‘absolute bullsh*t’, according to The Daily Telegraph in November. 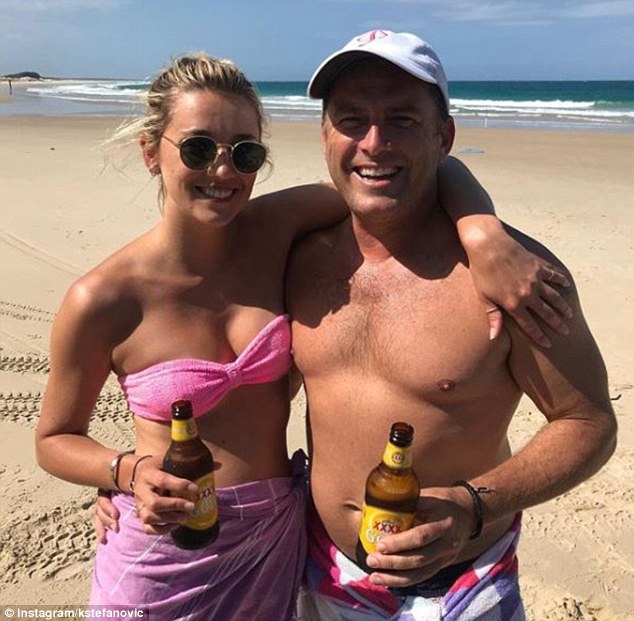 Since moving on with Jasmine and insisting he would take their relationship ‘really slow’, Karl officially announced the couple’s engagement last month.

The pair didn’t seem to waste any time taking the next step as they had their commitment ceremony in front of friends and family over the weekend.

While it is believed they aren’t legally husband and wife, Saturday’s ceremony would indicate that a proper wedding is on the horizon.

Karl previously told The Fix that they will ‘probably’ get married later this year.

Daily Mail Australia has reached out to Karl’s representatives for comment. 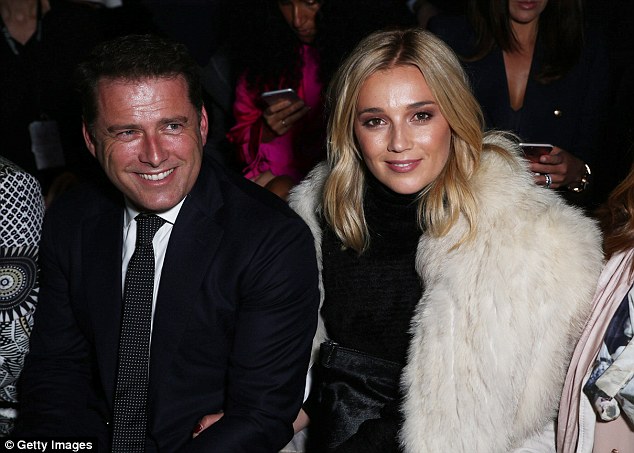