Are you a SUPER-FEELER? | Daily Mail Online

Does a whispering voice or the pop of bubble-wrap cause your skin to tingle? Perhaps watching a friend apply mascara or fold towels into perfect squares relaxes you? If so, you could be one of millions of ‘super-feelers’ – who experience a so-called ‘brain orgasm’ in response to specific sights or sounds.

It’s known officially as Autonomous Sensory Meridian Response (ASMR), and those who are privy to the intense physical sensations say they are often accompanied by feelings of calmness and relaxation.

It’s the latest craze to delight millennials, with more than 13 million ASMR YouTube video tutorials catering to demands for an experience of such sensations.

And now, for the first time, scientific evidence has confirmed that ‘super-feelers’ really do exist.

Researchers at the University of Sheffield have detected distinct changes in heart rate, sweat glands and skin temperature – a sign of physical arousal – when people with ASMR watched videos of someone folding origami or cutting hair while whispering.

Non super-feelers lacked the same bodily reaction, suggesting that ASMR has a genuine physical basis – even if the details remain a mystery.

Predictably, celebrities have jumped on the ASMR bandwagon, with Hollywood A-listers such as Margot Robbie, Jake Gyllenhaal and Kate Hudson all creating their own soothing YouTube clips for super-feelers.

But it’s not just sights and sounds that some people are super-sensitive to.

Super-smellers can ‘sniff’ out diseases, and ‘super-recognisers’ can catch criminals lurking in a 200-strong crowd within a matter of seconds.

It may even be possible to train ourselves to become some types of super-sensors, say experts, or use the physical phenomena to treat those with damaged senses, such as stroke victims.

Here, we explain the phenomenon – and reveal whether YOU might be one…

The super-feelers who are they? 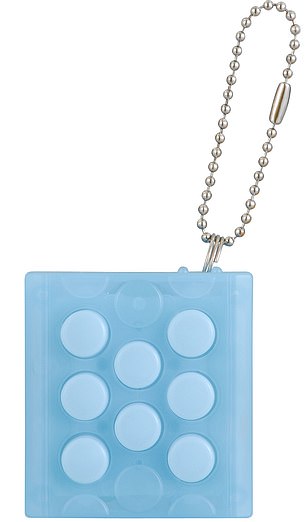 People with ASMR describe a warm, tingling and pleasant sensation at the crown of their head – triggered by whispering, tapping or slow hand movements – that gradually spreads down the body.

‘In some cases it can be so overwhelming it’s like you can’t move,’ says Dr Giulia Poerio, a University of Sheffield psychologist. ‘One woman we interviewed said she missed her Tube stop because she was so transfixed on somebody doing their make-up.’

The researchers estimate that up to half the population experience ASMR, with most super-feelers first encountering it in childhood. The intensity is such that if you’ve never experienced anything like this, you probably don’t have it.

Many of us may feel shivers up the spine or goosebumps after listening to a powerful piece of music – known as ‘music-induced chills’. This is often likened to ASMR, but is an entirely different experience.

Dr Poerio says: ‘Music induces a different physiological response. You get an increase in heart rate together with the hairs on your skin standing on end.

‘In contrast, with ASMR you see a decrease in heart rate. We still don’t know why some people experience ASMR and others don’t, but evidence suggests those who experience music-induced chills have stronger connections between emotional and sound centres in the brain. Something similar may be going on in ASMR.’

A study published in the journal Peer J found that 82 per cent of people with ASMR used the types of videos found on YouTube to help them sleep, while 70 per cent used them to relieve stress.

Given the relaxation effect, psychologists believe ASMR could potentially be harnessed as a form of therapy.

The super-recognisers who are they?

Super smellers who can sniff out Parkinson’s

When Joy Milne noticed an unpleasant change in the odour of her husband, she thought little of it – until he developed Parkinson’s disease.

During the later stages of his illness, she contacted a medical researcher who devised a test to see if she could sniff out other sufferers’ Parkinson’s disease – and she could.

Joy’s incredible sense of smell detected the musky aroma of sebum produced by her husband’s sebaceous glands in his neck, forehead and scalp. It is thought that Parkinson’s disease stimulates the production of sebum, affecting the balance of bacteria in the skin and creating the unique smell.

Other examples of super-smellers include sommeliers and perfumers who can identify the precise components of complex smells following years of training. Most smells are a combination of individual odours; for instance, the scent of a rose features 13 different components.

The quantity of smell receptors in the nose varies from one person to the next, and those with more may have a head start when it comes to detecting odours.

‘The key is your ability to train yourself to recognise different smells,’ says Carl Philpott, a professor of Rhinology & Olfactology at the University of East Anglia. ‘In the case of individuals like Mrs Milne, it may not be their sensitivity that’s remarkable, but their ability to detect a change in smell,’ he adds.

Joy’s story illustrates that it may be possible to harness smell to detect disease, and this is currently being investigated by Parkinson’s UK for use as a tool for early diagnosis.

Sommeliers and perfumers undertake a training process, which involves repeated exposure to individual odours. This eventually enables the brain to recognise the precise components of a given scent.

In 2008, a handful of Metropolitan Police officers in London identified an astonishingly large number of repeat offenders simply by glancing at scrambled CCTV images.

During the riots in London in 2011, a single officer was able to identify 190 rioters – some of them heavily disguised.

These superhuman talents sparked the birth of the Met’s super-recogniser squad, composed of individuals with an ability to identify people they had seen only fleetingly in an image or photograph. An area of the brain called the fusiform gyrus seems to play a key role.

Brain scans of super-recognisers show increased activity in this area when they complete a facial recognition task, compared to those without the extraordinary ability.

Dr Josh Davis, a psychologist at the University of Greenwich, says: ‘If you show people images of faces on a screen while scanning their brains, that is the area which lights up; and if the same area gets damaged, say by a stroke, people lose their ability to recognise faces.’

‘A classic super-recogniser identifies not only the actors in a TV drama, but the extras as well – and can pinpoint where else they’ve seen them,’ according to Dr Davis.

The ability to identify a face you’ve just seen, decipher between two similar-looking faces and spot a face in a crowd are all skills that super recognisers excel at. You can test your own facial recognition ability by visiting super-recognisers.com.

Unless you’re a police officer, it’s a relatively useless skill, according to Dr Davis.

However, it is possible to train yourself to become a super-recogniser – for those who wish to do so. Dr Davis says: ‘If you’ve never been to China, initially you would probably struggle to recognise Chinese people, but if you lived there for a while you would become quite good at it,’ Dr Davis explains. ‘Even so, super-recognisers would learn Chinese faces more quickly.’

The super-hearers who are they?

Up to eight per cent of the population has exceptional hearing ability, due to a condition called hyperacusis, which causes the ears to become more sensitive to sounds.

But it isn’t always positive, as it often goes hand in hand with tinnitus: hearing a constant ringing or buzzing sound from a source inside the body.

Evidence shows that some people with autism have increased hearing ability, as do blind people.

Dr Michael Proulx, a psychologist at the University of Bath, says: ‘Normally if someone hears a bunch of words, they will just retrieve the general idea of the sentence and use that to try to remember what they heard.

‘But people who are born blind will tune in to the individual words they hear, making their memory more accurate.’

In blind people, the brain rewires itself so the area which usually processes images – the visual cortex – begins processing information using the remaining senses instead, including sound information.

You could take a hearing test with an audiologist, which would determine the sensitivity of your hearing and your ability to identify where a particular sound has come from.

Dr Proulx’s team are currently testing whether they can teach blind people to ‘see’ with sound.

A device translates images from a camera, attached to a hat, into a series of bleeps, whirrs and whistles that are fed into the user’s ears via headphones.

After a period of training, the user’s visual cortex begins to process these sounds as it would process images.

Meanwhile, any adult can try to improve their hearing.

Dr Proulx suggests ‘turning off’ other senses – perhaps by using a blindfold – and then trying to detect where sound is coming from; or listening to a symphony and identifying the different instruments.

Chloe Brotheridge, 32, from London, is a hypnotherapist and author of a book called The Anxiety Solution.

She says: ‘I discovered I had ASMR six years ago after a client mentioned it during a session.’

Chloe adds: ‘Afterwards, I looked it up online to learn more about it. I thought everyone got it! Now, having researched it a lot more, it seems many of us with ASMR think everyone experiences these sensations. 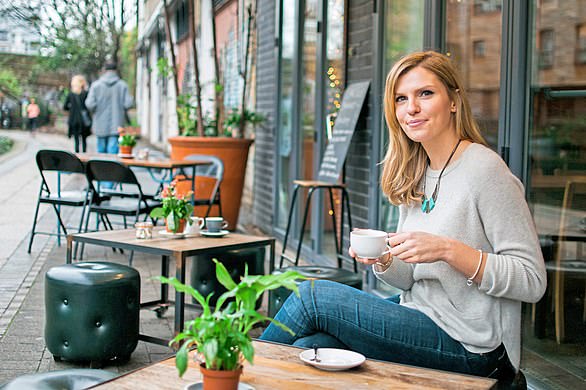 Chloe Brotheridge, 32, from London discovered she had ASMR six years ago

‘I also find it amazing how many people watch these YouTube clips – there’s one of a Russian lady quietly whispering that’s been watched more than a million times.

‘For me, it’s whispering in particular that causes my head to tingle – and looking back, there was a certain teacher at school whose voice I used to find really soothing.

‘These days, I try to use it to my advantage. If I can’t sleep, or I feel anxious, I’ll watch one of the many 30- to 40-minute videos online of someone talking softly or whispering.