Argentina 26-18 Scotland: The hosts take the first game against the tourists

Scotland kicked off their three Test series against Argentina with a defeat after a dreadful first half cost them victory.

They weren’t even in the opposition 22 in the first forty minutes and although their attack improved in the second period it was a case of too little, too late.

Going in at half-time 18 points to six down gave them a mountain they could not climb in the second half. Although they did manage to draw level at 18 points all on the hour mark they ran out of gas in the later stages.

They did score some decent tries through Rory Hutchinson and Mark Bennett but a lack of discipline and giving away too many penalties at the scrum allowed the Pumas the chance to regroup and get back into the game.

At the final whistle the Argentine fans celebrated in style as it was the first international game in their country since the pandemic with the last being their defeat against South Africa in August 2019. It was also a special occasion for head coach Michael Cheika who led his team to victory in his first game in charge.

Argentina had problems before the game started when scrum-half Tomas Cubelli injured his calf in the warm-up and had to be replaced in the starting line-up by Gonzalo Bertanou.

The late disruption didn’t bother the home side early on as they started on the attack and it took a great tackle from Darcy Graham to bundle full-back Pablo Matera into touch within the first minute. Argentina got their first points on the scoreboard two minutes later when Zander Fagerson gave away a penalty at the breakdown. Although Edinburgh winger Emiliano Boffelli, who takes all the kicks for his club, wanted to take the long-range effort he was overruled by fly-half Nicolas Sanchez who put over the penalty.

It took twelve minutes before Scotland managed their first real excursion into the Argentine half when number ten Blair Kinghorn kicked long into opposition territory. The ball was recycled from the line-out and with Argentina offside a penalty was awarded to Scotland that Kinghorn put over. 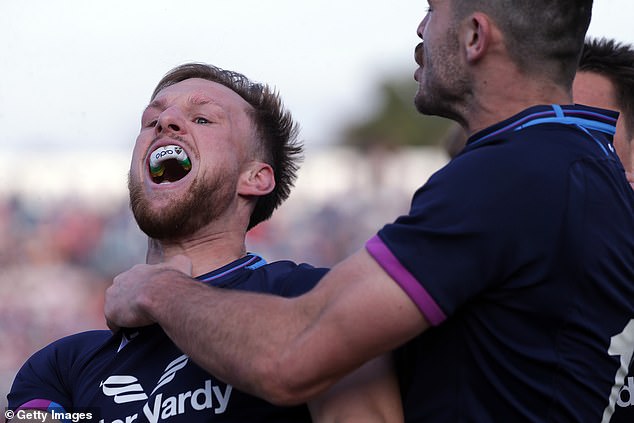 From the restart the home side won a penalty that Sanchez put over to restore the lead for his team. It was his last contribution as he went off injured two minutes later with an ankle strain with Santiago Carreras taking his place.

With Sanchez off it was Boffelli who took over the kicking duties but he missed his first penalty attempt when he pulled it wide. Kinghorn didn’t make the same mistake when he put over a simple penalty from in front of the posts.

The home side got the first try of the game on the half hour mark after a terrific flowing move. Keeping their discipline the Argentines worked the ball along the line with good work from Francisco Gomez Kodela and Guido Petti. The ball found its way out wide to centre Jeronimo de la Fuente. Although it looked like Ali Price had held him up over the line referee Nic Berry gave the try. 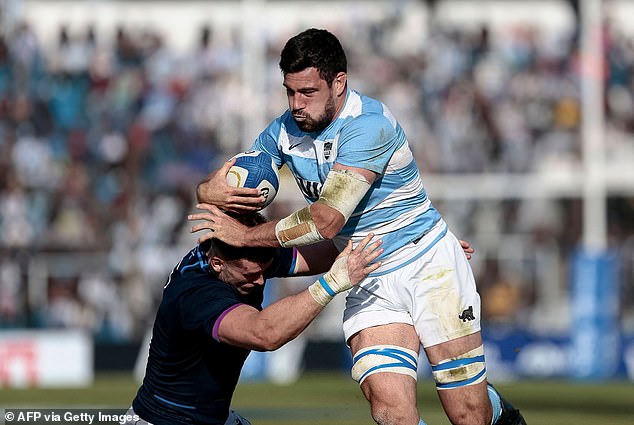 Four minutes later they went further ahead after good work from Juan Cruz Mallia released Carreras who dived over in the corner despite a valiant attempt to stop him from Duhan van der Merwe. Boffelli put over the conversion to give his side an 18-6 half time lead.

After such an error-strewn first half the pressure was on Scotland to start the second half well. They were gifted a cheap penalty when prop Kodela was needlessly caught offside. Scotland disrupted the line-out with van der Merwe deemed to have knocked on the loose ball when he tried to touch it down just inside the back line of the try area.

A Kinghorn kick to the corner set up a driving maul from the line-out that worked well for the visitors. The ball was moved along the line by Price with Kinghorn finding Bennett in space. The Scotland centre, starting his first game for his country in six years, ran a great line that cut the Argentine defence to shreds which allowed him to dive over. 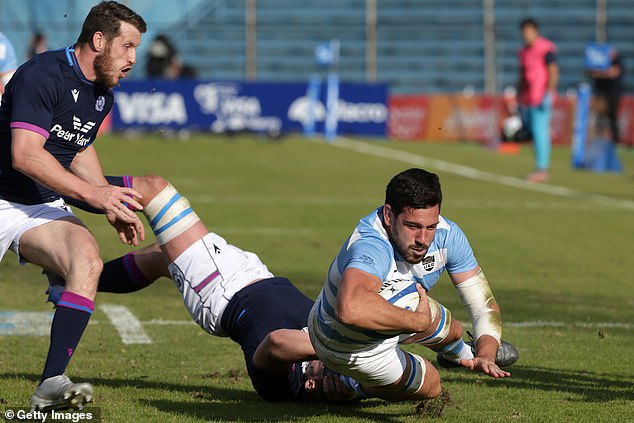 Scotland were starting to win penalties at the breakdown in the visitors half which allowed Kinghorn put in some precision kicks close to the corner. It led to the longest spell of pressure and led to a second try in four second half minutes. It was Kinghorn again who was at the heart of the action with his reverse pass playing in full-back Rory Hutchinson to go over. Kinghorn got up to put over the conversion.

The Argentines thought they had bounced straight back after Boffelli won the ball from the restart which led to Gonzalo Bertanou going over. Referee Nic Berry gave the try on the say-so of his French assistant Pierre Brousset but TMO Marius Jonker asked him to have another look at it. When he did it was clear that Bertranou had legally scored. 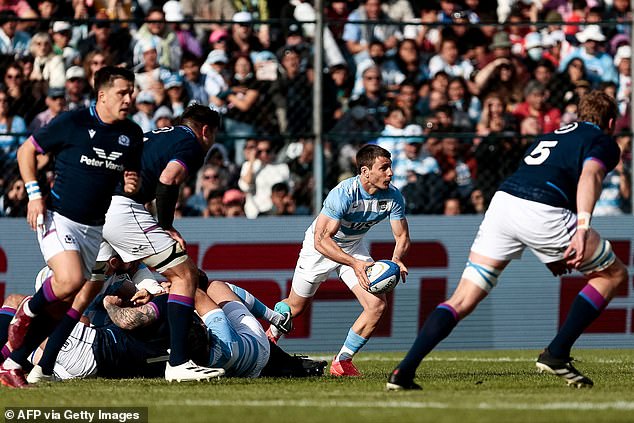 The visitors thought they were in when Sam Johnson went over but the referee ruled that the pass to him from Kinghorn was forward.

Scotland were now chasing the game with Kinghorn, who had been spot on up until then with his kicking from hand, putting one out on the full to gift possession back to the home side.

When replacement Rory Darge didn’t get out of the way when the ball was on the ground, he gifted a penalty to the Argentines.

Boffelli, who had been inconsistent with his kicking, made no mistake this time with his penalty attempt giving his side an eight-point lead. Knowing they needed a converted try to get back into the match Scotland knew they had to throw caution to the wind.

They tried to do that but the home side was smart and kept the ball in the Scotland half and slowed the game down to secure a deserved win. The teams meet again in Salta next weekend but will have to improve and make a much faster start to have any chance in the second Test.