Copa America Centenario favourites Argentina flexed their muscles once again, crushing Bolivia to reach the quarter-finals as the only team with a 100 per cent record.

Lionel Messi started on the bench, playing the second half, but the damage was done before he arrived, thanks to goals from Erik Lamela, Ezequiel Lavezzi and Victor Cuesta.

The Barcelona No 10 continues his recuperation from a back injury, having featured for 30 minutes against Panama, in which he scored a hat-trick, and then 45 minutes in this clash. 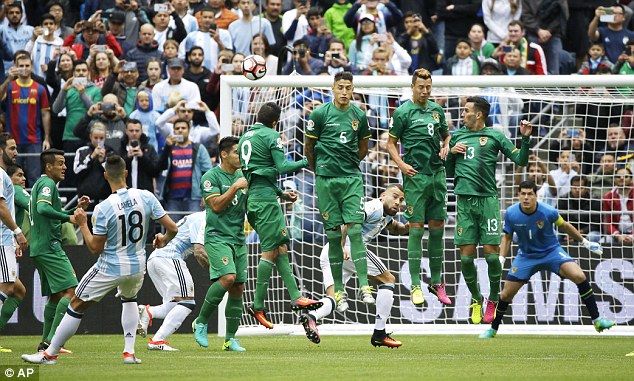 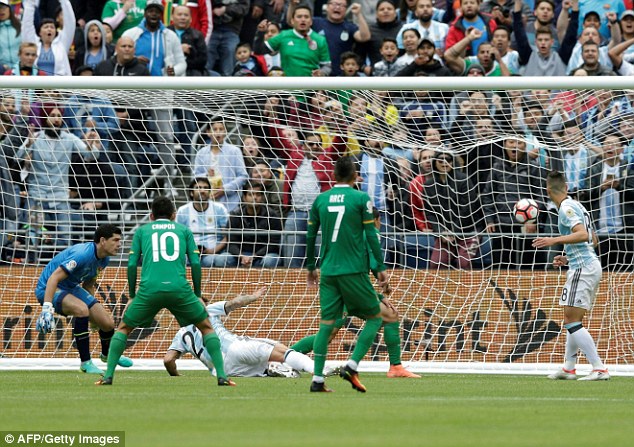 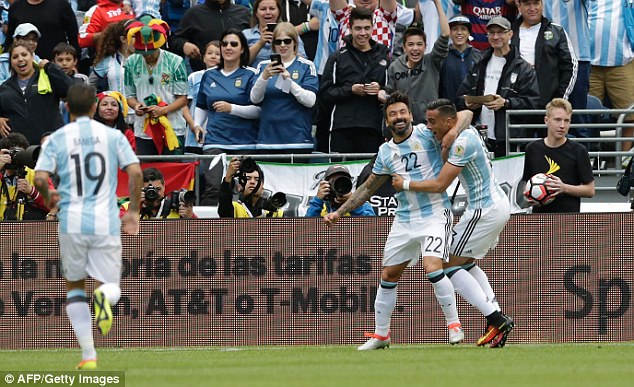 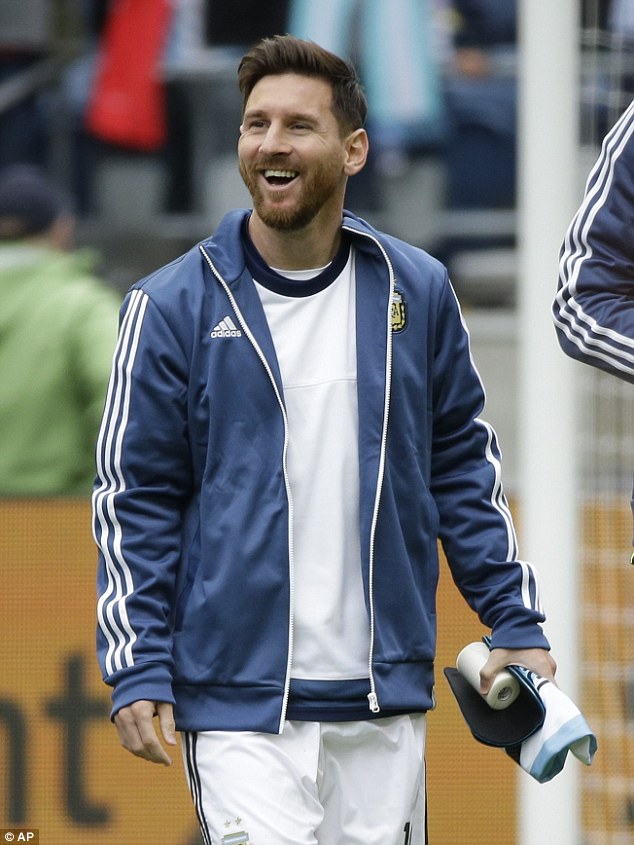 Lionel Messi grins as he walks around the pitch at CenturyLink field in Seattle, Washington 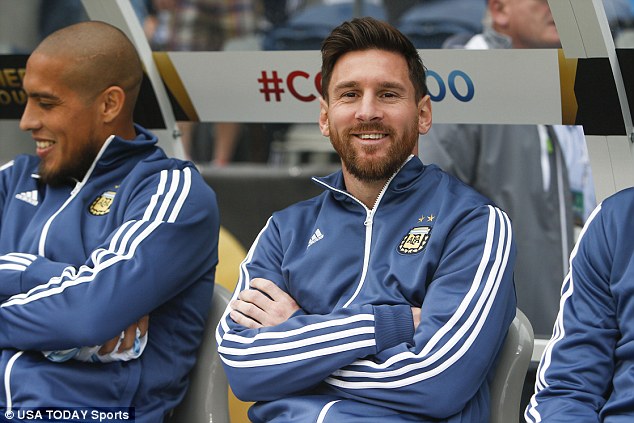 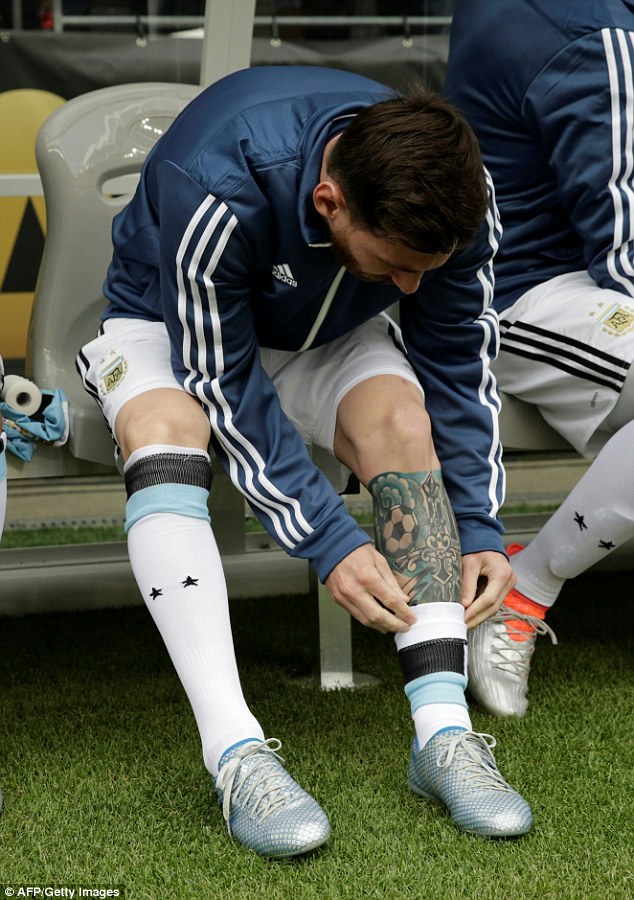 Messi was joined by Marcos Rojo, Augusto Fernandez, Nicolas Gaitan and Javier Mascherano on the bench

Messi still ran amok in the second half, with one dizzying dribble tying Diego Bejarano in knots, and another cheeky move seeing him put the ball through goalkeeper Carlos Lampe’s hands and his legs at once, a double nutmeg, although he was called back for offside.

A free-kick effort that dipped narrowly wide and another from 40 yards that nearly caught out the goalkeeper were as close as Messi came to scoring, but that did not matter. The game itself was a non-contest.

‘We are going well as we come into the final straight,’ said coach Tata Martino after the game. ‘There are always players who might get injured, decisions to take, but many players are recovering nicely.’ 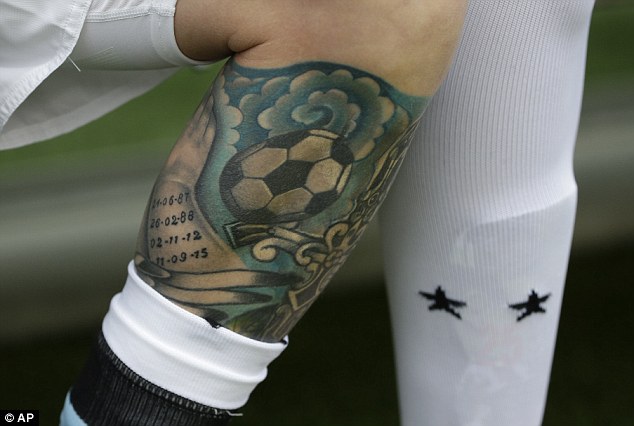 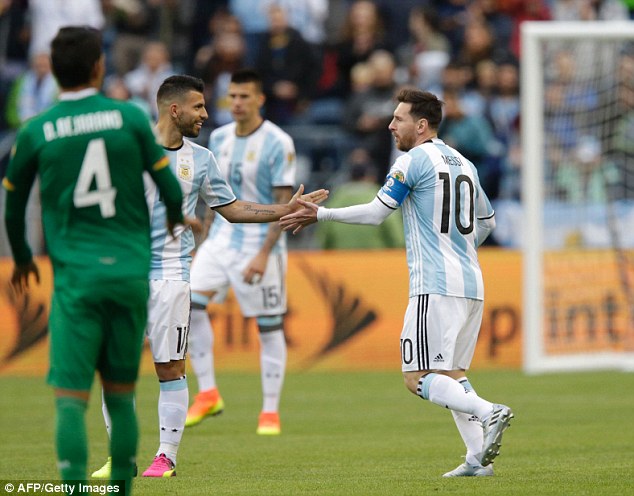 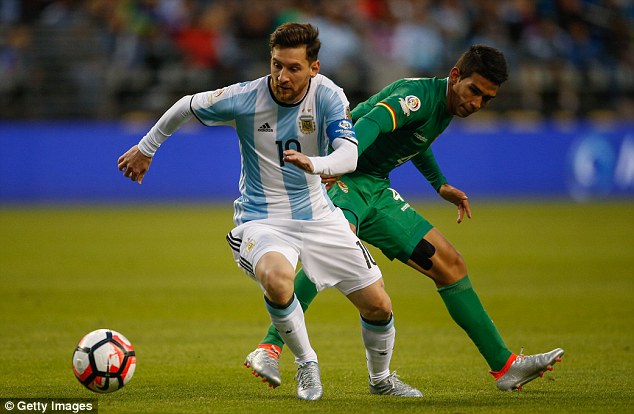 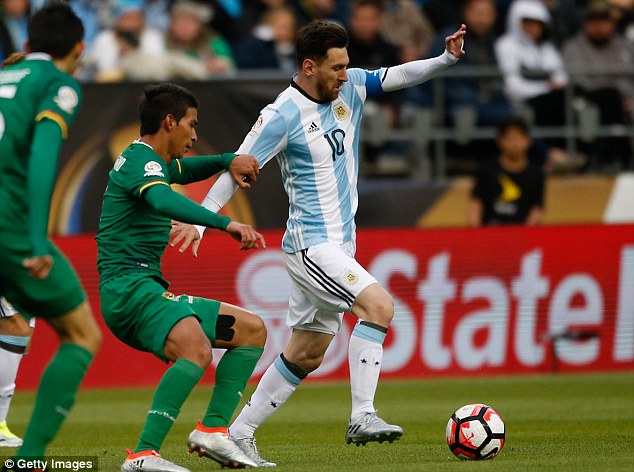 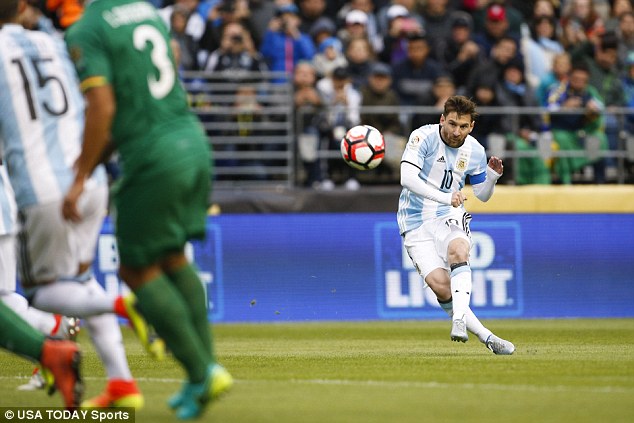 It took just 13 minutes for Argentina to take the lead, with Lamela’s deflected free-kick wrong-footing Lampe.

And it was three in the 33rd minute, with centre-back Cuesta prodding Lavezzi’s low cross in at the near post. Job done, game over.

The rest of the match was Argentina keeping possession, a figure which reached a high of 87 per cent at one point, trying to avoid yellow cards and injuries.

An ugly Jhasmani Campos collision with Messi provoked ire from his opposite number, with the pair butting heads, although referee Victor Carrillo calmed the situation down, booking the instigator for his foul. 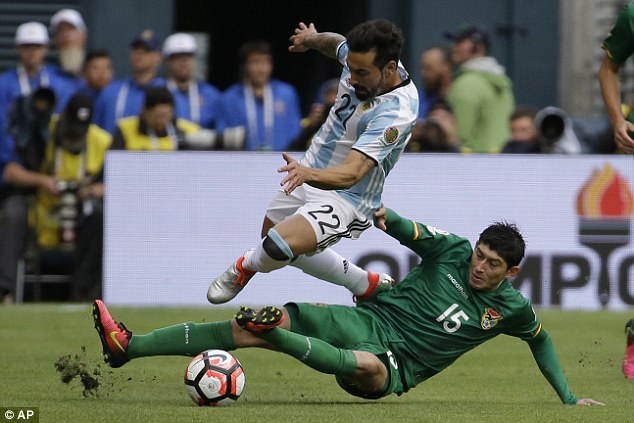 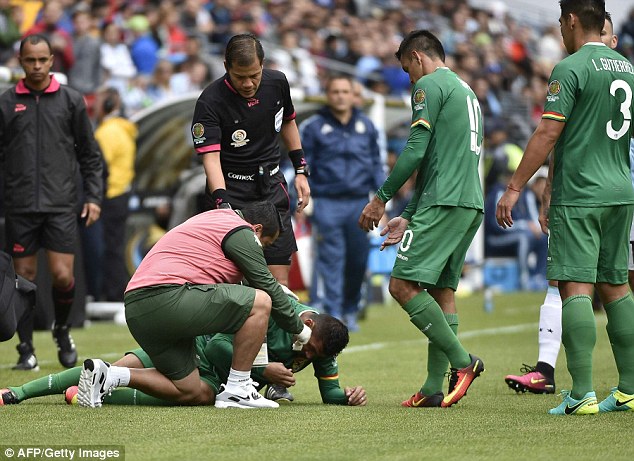 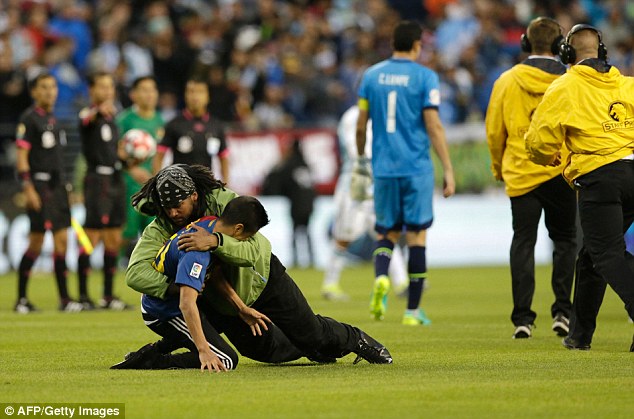 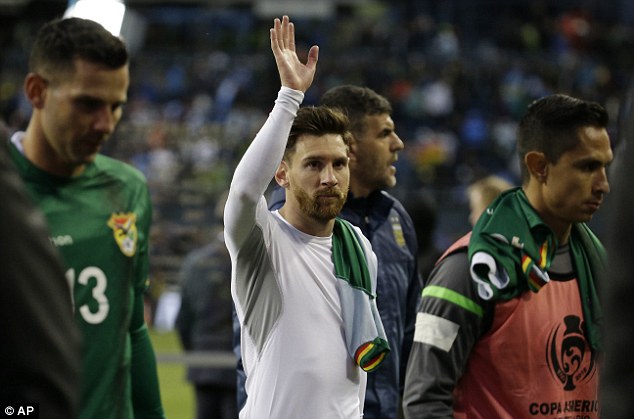 That was as close as any Bolivian got to Messi. They were chasing shadows for much of the game, even though Argentina’s line-up was packed with reserves.

The likes of Marcos Rojo, Augusto Fernandez, Nicolas Gaitan and Javier Mascherano were left on the bench to stop them from picking up yellow cards and earning a suspension, while Angel di Maria’s injury will rule him out until the latter stages of the tournament.

Lamela did well in his stead and may have earned himself a start against Venezuela in the quarter-finals, or at least be in a position to compete for Gaitan’s spot. That game is likely to be Messi’s first start too.

The crowds have been baying for him and on Saturday night in Foxborough, Massachusetts, Messi will be ready to give them what they want.

‘He looks increasingly confident,’ said Martino—and that’s bad news for anyone who crosses his path. Will he start? ‘Messi will play, definitely,’ added the coach, with a smile. 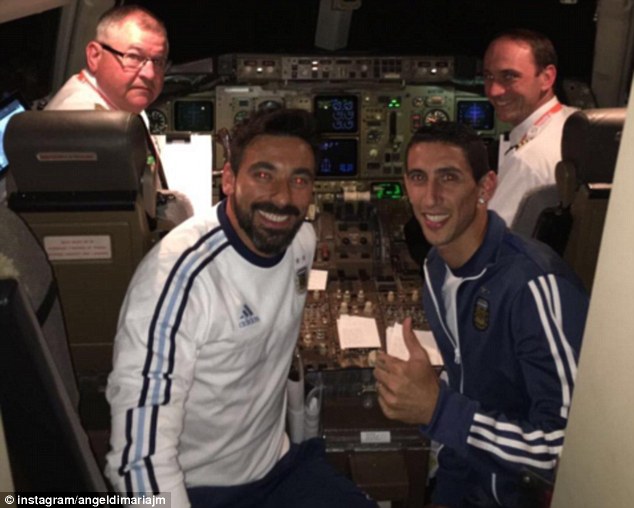 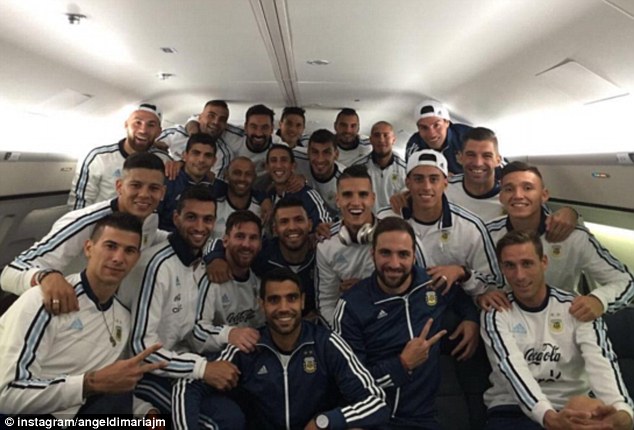