Argentina is considering charging Saudi crown prince Mohammed bin Salman with war crimes if he shows up to the G20 summit in Buenos Aires this week.

Advocacy group Human Rights Watch (HRW) wrote to a federal prosecutor arguing that the Argentinian courts should prosecute him under Argentinian law.

Specifically HRW asked that he be charged for mass civilian casualties caused by the Saudi-led coalition’s campaign in Yemen, and for the killing of Jamal Khashoggi in Istanbul last month.

Chief negotiators of the G20 countries, known as ‘sherpas’, meeting in Buenos Aires on Monday four days ahead of the summit

The writ presented by Human Rights Watch was received at the court of federal judge Ariel Lijo, who forwarded it to federal prosecutor Ramiro González.

It is currently being considered by Argentine lawmakers and the prosecutor is now trying to decide whether Bin Salman is covered by the ‘universal jurisdiction’ mentioned in the country’s constitution.

Judicial sources within Argentina’s legal system said bringing a case against the Crown Prince would be ‘very difficult’.

Lawmakers said the case would rely on both the Prince’s alleged connection to war crimes in Yemen as well as the Khashoggi killing. 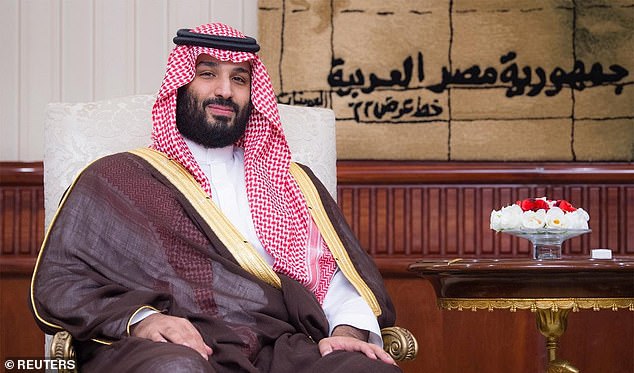 ‘Since March 2015, the Saudi-led coalition has carried out scores of indiscriminate and disproportionate airstrikes on civilians and civilian objects in Yemen, hitting homes, schools, hospitals, markets, and mosques,’ an HRW statement said.

‘Many of these attacks – if carried out with criminal intent – indicate possible war crimes.

‘The coalition has also imposed and maintained a naval and air blockade on Yemen that has severely restricted the flow of food, fuel, and medicine to civilians. Millions of civilians face hunger and disease.’

A source from President Mauricio Macri’s office Monday declined to comment on the request for Mohammed bin Salman’s arrest should he land on Argentinian soil.

‘We can make no comment on that. All we can say is that Mohammed bin Salman’s attendance remains confirmed, we have received no contrary information so far,’ the source told the Guardian. 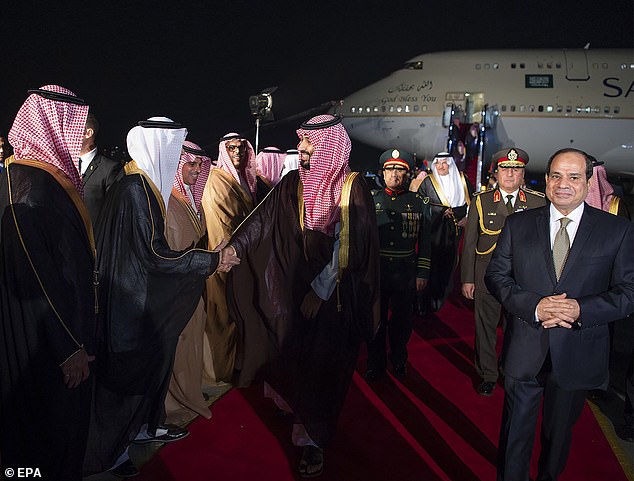 Argentine lawmakers are considering whether to prosecute Bin Salman after he touches down at the G20 conference. Pictured: MBS arriving in Cairo on Monday